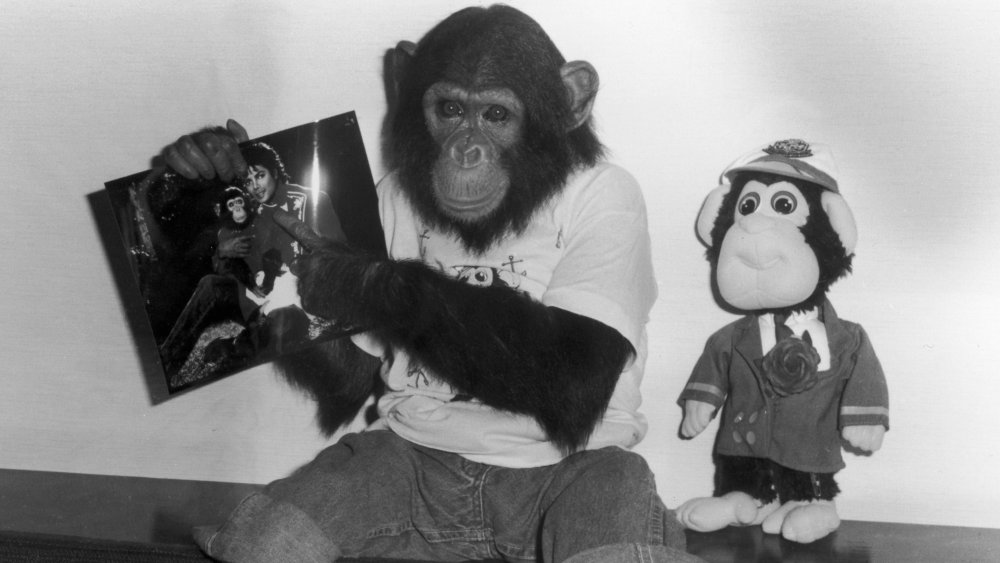 For those who were born after Michael Jackson’s heyday, Bubbles was a chimpanzee that the singer famously adopted in the early 1980s. Born at a biomedical facility in Texas in 1983, Bubbles was sold to Hollywood trainer Bob Dunn as a baby, according to CNN, first moving the chimp into the Encino mansion Jackson shared with his mother, and then later to Jackson’s Neverland property. During his time with Jackson, the chimpanzee purportedly slept in a crib next to the pop star’s bed and ate at the dining room table, among other anthropomorphic behaviors.

Though Rolling Stone regrettably referred to Michael Jackson’s homestead in Encino in 1987 as a “child’s paradise,” their coverage of Bubbles during the promotion of his seventh studio album Bad is a perfect encapsulation of the kind of media attention the chimp typically received. “[It] was Bubbles, not the pop star, who worked the room, truly the life of the party,” the magazine reported. “He posed for photos with some of the guests, performed backflips and did his own version of Michael’s moonwalk.”

Bubbles was also known to accompany Jackson on tour and during press junkets; arguably, his most famous appearance took place in 1987, in which the megastar and his pet chimpanzee were filmed having tea with the mayor of Osaka during a trip to Japan (via the Michael Jackson Archives).