What We Know About Reality Winner, Government Contractor Accused Of NSA Leak 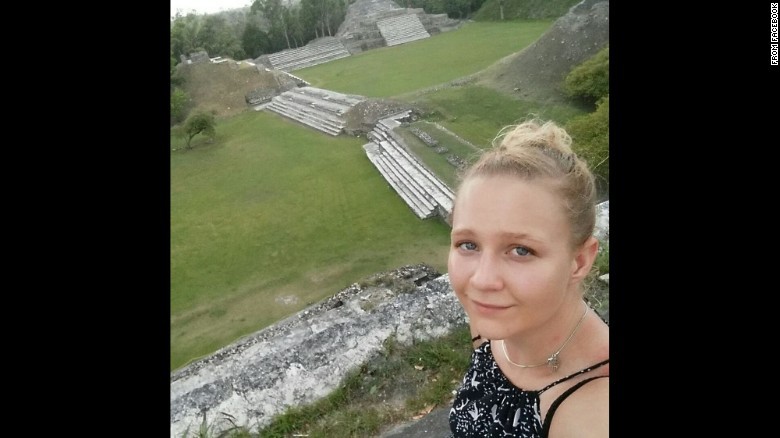 Edward Snowden was a National Security Agency contractor when he leaked a trove of NSA documents in 2013. Similar cases have followed.

Now, Reality Leigh Winner, a 25-year-old contractor and an Air Force veteran, is accused of the latest bombshell leak from the NSA. Winner, who was working in the Georgia office of contractor Pluribus International, allegedly printed out a top secret document last month and mailed it to an online news outlet, which was not named in court documents.

However, The Intercept broke a story Monday with details on Russian attempts to penetrate U.S. election systems.

At roughly the same time, the Justice Department announced that it has charged Winner with mishandling classified information on national defense. She was arrested Saturday at her home in Augusta, Ga., but the case was not announced until Monday.

Winner spent several years in the Air Force before leaving last year, according to her social media accounts. She began working with Pluribus in February and had “top secret” clearance, according an affadavit from the Justice Department. It said she printed and removed the document on or about May 9 and passed it on to the news outlet.

Pluribus says on its website that it works with the Defense, Security, and Intelligence Community sectors and offers a range of services, including translation in languages such as Farsi and Pashto.

Winner’s mother, Billie Winner-Davis, told CNN that her daughter was a linguist with the Air Force in Maryland who speaks Pashto, Farsi and Dari — languages widely spoken in Iran and Afghanistan.

Investigations into national security matters can often drag on for months or even longer. But in the affidavit, the FBI said it began investigating just last Thursday — after the news outlet contacted the government saying it had received the document anonymously and was working on a story.

The Intercept has provided a similar account. Ryan Grim, one of reporters who wrote the story, told NPR’s Morning Edition that the news site received the document from an unknown sender.

He described the document as “an NSA analysis of Russian efforts to tamper” with the election.

Winner-Davis, told The Daily Beast that she spoke with her daughter on Sunday evening — the day after she was arrested — but they apparently did not discuss details of the case.

“She called us (Sunday) night. She asked if we could help out with relocating her cat and dog,” Winner-Davis said.

Winner-Davis said she was not aware of the details of her daughter’s work or the charges against her.

“I don’t know what they’re alleging,” she said.

Winner-Davis described her daughter as “passionate” about her beliefs. Reality Winner has been active on social media and has been critical of President Trump’s policies.