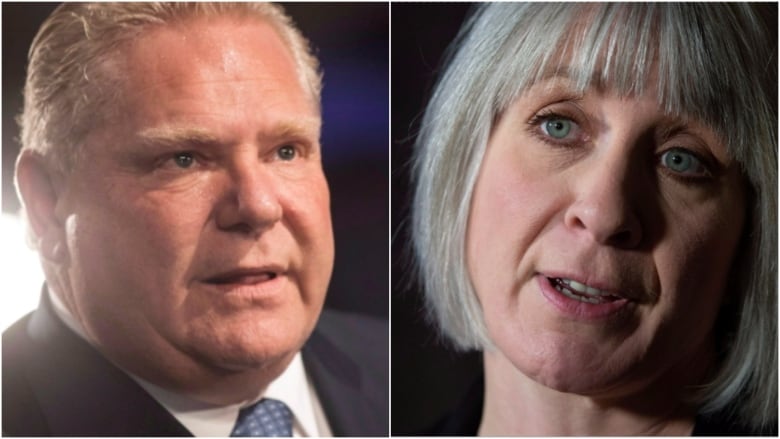 This column is an opinion by Tomas Hachard, manager of programs and research at the Institute on Municipal Finance and Governance at the University of Toronto’s Munk School of Global Affairs and Public Policy. For more information about CBC’s Opinion section, please see the FAQ.

Throughout the COVID-19 crisis, Canadian city governments have been on the front lines delivering essential services while struggling with limited fiscal resources. The pressures of the pandemic have made it clear that there are cracks in Canada’s federal structure, particularly in relation to cities.

Even though city governments are growing in importance and responsibility, they remain “little siblings” in Canadian federalism, often ignored by Ottawa or overruled by the provinces.

This imbalance has repercussions for all Canadians. Canada is one of the most decentralized countries on the planet, and little can be accomplished without ensuring all governments are equipped to make the decisions and sustain the investments Canada requires for its future success.

As I note in research for the Institute on Municipal Finance and Governance, cities face four particular challenges because of the imbalance in intergovernmental relations.

The first is paternalism. Cities have a semblance of authority in several policy areas, but often little actual power to make changes.

For example, depending on where you live in Canada, changes to speed limits may require provincial approval, local public health decision-making is second-guessed, and municipal planning decisions can be appealed to provincially regulated oversight bodies, as can policing budget decisions.

The second challenge is constrained finances. Cities have inadequate sources of revenue and insufficient fiscal flexibility to meet their responsibilities.

One consequence of this are city plans or actions that, without provincial and federal funding, simply can’t proceed. The biggest effect is on infrastructure, and particularly transit, where many cities can’t afford their repair bills, let alone the cost of new construction or needed expansion.

The third challenge is poor coordination. Unclear and overlapping jurisdiction between orders of government leads to inefficient programs and disputes over responsibility.

In Ontario, this challenge has recently been epitomized by debates over what power cities have to enact public health restrictions on their own.

The final challenge is fragmentation. Many of the most visionary ideas for the future of cities are best implemented at a metropolitan scale. Housing and transit challenges, for example, cross municipal borders and affect entire metropolitan regions. Yet in most of Canada, metropolitan regions are made up of several municipalities, and inadequate governance structures exist to allow for effective coordination.

How can these challenges be addressed?

First, a clarification of the powers and responsibilities of modern cities is needed. Canada currently suffers from conflicted and contradictory answers to the questions of what municipal governments ought to be and what they ought to do.

If city governments are increasingly significant public policymakers, they need to have the resources, autonomy, and institutions appropriate to deliver on that role. A principles-based review of provincial-municipal relations to clarify who does what and how we pay for it would help ensure that city governments are able to meet the expectations we have for them.

Of course, Canadian provinces and territories are also strained by the current balance of intergovernmental relations. Any review of provincial-municipal responsibilities would need to take into account the federal-provincial/territorial context.

Second, relations between the federal, provincial/territorial and municipal governments n Canada need to be deepened.

Many of Canada’s greatest policy challenges require increased coordination and cooperation among all three orders of government. However, there exists no mechanism for ongoing, formal federal-provincial-municipal relations.

Cities, provinces, and the federal government need formal avenues for collaborative governance. Established committees that include mayors and city managers, and their counterparts at the provincial and federal levels, would create avenues for ongoing cooperation. It is not feasible for every Canadian municipality to be at the intergovernmental table, but that gap could be filled by metropolitan institutions that represent city-regions, or by municipal associations in each province.

At the same time, governments should pursue trilateral agreements to address policy challenges that require coordinated action and multi-level funding. Such agreements could be modelled on the urban development agreements in Vancouver and Winnipeg, which brought together government and community partners, and led to funding for economic development and neighbourhood revitalization.

Fundamentally, in a policy area like mental health — which involves every order of government, because it intersects with housing, the opioid crisis, health care, and policing — trilateral agreements could coordinate existing work being done by individual governments, and direct resources to where they are most needed.

Making all this happen is no easy feat, and it requires give-and-take from every level of government, but it’s essential if we truly want to fix the obvious cracks in Canadian federalism.

In combination, these measures would not only put cities on a firmer footing, they would also ensure more effective funding, coordination, and delivery of public services across all orders of government. Canada will be better able to “build back better” from COVID-19, address climate change, reform social policy, and improve health care if the governments best able to deliver on specific aspects of these efforts can afford to take them on.

With better coordination and cooperation between all three orders of government, Canada will be better equipped to handle the challenges ahead.