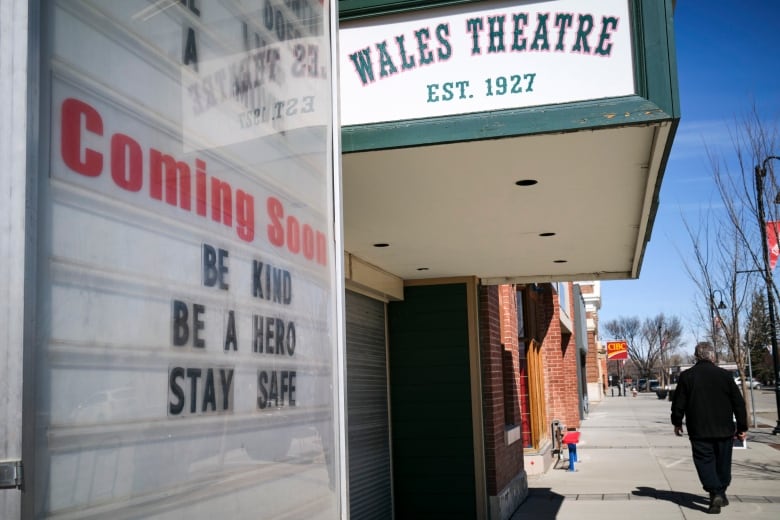 The job losses associated with the COVID-19 crisis highlight the need for Canada to prepare for unexpected shocks to the labour market and develop a workforce with skills that will be prized across a range of industries, futurists and economists say.

More than three million Canadians lost their jobs in March and April as public health restrictions shut down the economy, bringing about what Statistics Canada has said is the most rapid employment decline in the country’s history. The losses were staggering given Canada added 245,000 jobs in the 12 months ending in February, a robust period of job opportunity that saw record low unemployment.

That sudden reversal of fortune shows that preparing Canadians for an unpredictable future work landscape has to be a priority, said the authors of a new report out Friday.

Ahead by a Decade is the final forecast to come out of an initiative called Employment in 2030, the result of an 18-month research and analysis project by the Brookfield Institute for Innovation + Entrepreneurship, a non-partisan policy institute housed at Toronto’s Ryerson University.

I think this will help us prepare for some level of uncertainty and for future employment that will shift from familiar territory.– Steven Tobin

The research — done using a combination of strategic forecasting, artificial intelligence and expert panels held across the country — was conducted prior to the pandemic. But its lessons about building a resilient workforce are only more relevant now, said Sarah Doyle, the institute’s director of policy and research.

“Looking ahead to what jobs might exist on the other side of this crisis, how skill demand might be shifting, is more important now than ever to better prepare workers — who are contending with the job loss in the context of the COVID-19 pandemic — for future employment,” said Doyle.

The report says one-third of Canadian workers are in occupations with “a high probability of change.” It says policy responses — such as retraining programs and adapted school curricula — are needed now to increase resilience across Canada’s workforce.

Economist Steven Tobin, executive director of the Ottawa-based Labour Market Information Council, said the crisis shows Canada needs to face the future of work with more objective data and planning than we’ve had in the past.

“I think this will help us prepare for some level of uncertainty and for future employment that will shift from familiar territory,” said Tobin, who served as an advisory committee member for Employment in 2030 and is familiar with the report.

“I don’t think it’s a reasonable expectation that we get the direction or the magnitude of the shock correct, but by doing many more assumptions and scenarios, we can position ourselves to think, understand and potentially better respond.”

The unprecedented nature of the COVID crisis makes it hard to draw insights from history, he said. But the 2008-2009 financial crisis may be helping to inform policy now, namely that government moved swiftly to help in both cases — this time to assist individuals rather than financial institutions.

“When I think about 2008-2009, obviously one big mechanism for promoting recovery was around infrastructure investment,” said Tobin. “But we need to be mindful that many of the people who have lost their jobs in the past few months in Canada might not be in a position to benefit from infrastructure-related jobs.”

For example, people who lost jobs in hospitality and tourism, hard hit by the crisis, may not have an easy transition to building bridges or subway tunnels, he said.

The potential difficulty of making such a transition underscores the value of five foundational skills identified in the report that are expected to help workers remain resilient as the labour market evolves.

Lead author Diana Rivera said the research digs into the skill composition of occupations projected to grow in their share of employment by 2030.

Three are social skills and two are cognitive abilities.

Service orientation refers to being the kind of worker who actively looks for ways to help others, whether a client or a colleague. “So of course, we see that a lot in the service sector, but we also see it with managers and in occupations where you need to be to help your coworkers — that collaboration ability,” Rivera said.

Instructing is the ability to coach, mentor and train others. “Especially in this world of just-in-time learning and constantly changing technology, can you teach people how to do things?”

Persuasion is an aptitude for changing others’ minds and behaviour. “So in other words, can you influence other people’s opinions and behaviour? We see this a lot in managerial occupations or supervisor roles,” said Rivera.

Fluency of ideas is the ability to brainstorm, and it’s considered essential in 70 per cent of occupations, particularly the creative industries and the sciences.

Memorization, the ability to recall terms, numbers and details may seem less important now that information is easily accessible digitally. But if you’re a nurse or other first responder, said Rivera, you need to be able to remember procedures, names of medications and patient details, then pull these together quickly in a way that a computer cannot.

The forecast found that jobs that are service-oriented, creative or highly technical are likely to grow in importance, driven largely by flexible cognitive and social skills and abilities — the kind you can’t outsource to a machine.

The flip side is that jobs in resource extraction and manufacturing may decline in employment share because of trends like resource scarcity and automation, it said.

The need for health-care workers

Experts have been saying for a while that Canada has a shortage of health-care workers that will only get worse as the population continues to age, said Rivera. The COVID-19 crisis has exacerbated that problem.

Brendon Bernard, economist for job website Indeed Canada based in Toronto, said in general health-care jobs have held up better than other sectors during the shutdown.

Also, given people have been more likely to stay employed if their jobs can be done from home — 3.3 million more people working from home than usual, according to Statistics Canada — interest in remote work is up.

“Of the fastest growing job search terms, eight of the 10 were related to remote work,” said Bernard.

A.R. Elangovan, a professor of organizational behaviour at the University of Victoria’s Gustavson School of Business, said he expects workplaces to continue a shift toward more remote workers in the immediate aftermath of the crisis.

But they’ll start to miss some aspects of workers being in the same room with one another.

The arts and entertainment, recreations, hospitality, tourism — those sectors will take the longest to recover because they all depend on the physical presence of people and the gathering of people.– A.R. Elangovan

“These Zoom chats don’t have the same richness and groundedness and value of being face-to-face,” said Elangovan. “The pendulum may swing too much that way and then two years from now balance back in the middle where we’re a bit more nuanced and more thoughtful about how we want to do these things.”

The recovery will be felt differently in different parts of the country.

Elangovan points out that a big chunk of B.C.’s GDP comes from tourism and hospitality. “The arts and entertainment, recreation, hospitality, tourism — those sectors will take the longest to recover because they all depend on the physical presence of people and the gathering of people.”

The resources to retrain

In Corner Brook, N.L., Sharon McLennon, director of the NL Workforce Innovation Centre, a research institute at the College of the North Atlantic, said individuals can’t tackle on their own the problem of ensuring they have the right skills for navigating COVID or the uncertain picture of work in 2030.

“Individuals can only do that if they have the tools and they’re being educated,” she said, and they’ll need both good labour market information and funding for retraining if they’re going to change their careers while also putting food on the table.

WATCH | Why there could be some advantages to the post-lockdown workplace:

Workplaces will be dramatically different, if and when everyone returns to work, says one expert, but there could be some advantages. 5:49

McLennon, who was on the Employment in 2030 advisory committee, said she’s encouraged by initiatives like one that retrains traditional fishery workers for a growing aquaculture industry.

Just as the COVID crisis has disproportionately affected more vulnerable parts of the population, especially those in the lowest-paying jobs, the Brookfield Institute projects a similar pattern a decade from now. Those in the highest-paying jobs today are most likely to be in industries projected to grow. Women are less likely than men to lose their jobs, but also less likely to capitalize on opportunity in lucrative industries, the report said.

“I think attention is starting to shift from the crisis response to extend into what the recovery looks like and how to support Canadians and navigating the disruption that has been caused by the pandemic,” said Brookfield Institute’s Sarah Doyle. “And potentially to do that in a way that’s building toward a better future.”