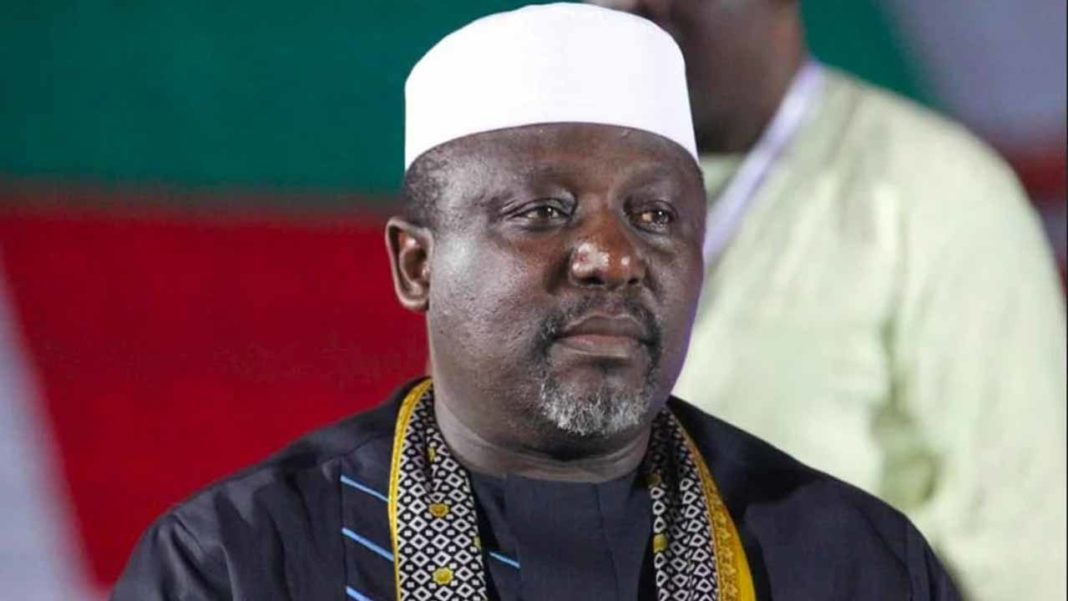 Deputy Governor of Imo State, Rt. Hon. Gerald Irona says the state Government decided to set up an investigative panel to look into the management of the Imo state Oil Producing Areas Development Commission, ISOPADEC, following reports of mismanagement of the Commission by previous administrations.

The Deputy Governor gave the explanation while receiving a delegation of stakeholders from Ohaji, in Ohaji Egbema Local Government Area, under the auspices of Ogbako Ohaji, a socio-cultural organisation, led by Chief Goddy Obodo.

“Few weeks before the last administration of His Excellency, Rochas Okorocha left, over Four Hundred and Twenty Million was released on the orders of the former Governor to buy vehicles”, he said.

“The funds were not for ISOPADEC use, but for other uses. The funds were ISOPADEC funds. The salary wage bill is a little over Forty million and they were receiving about Ninety Five million.

“There were a lot of issues. We now insisted that we must look into what has transpired. We are not witch hunting anyone. We just want to get things right.”

“The government set up an investigative panel; a panel of enquiry to look into how the Commission was managed in the past years. We need to know how much was received by the Commission and how the funds were utilized.

“We need to know what they did with our money and who played what role. We want ISOPADEC to work well.”

“We must ensure that ISOPADEC functions properly as an interventionist agency. It is unacceptable that till date, communities in Ohaji/Egbema/Oguta do not have portable water and electricity.

“The new ISOPADEC management must rise to the challenge of addressing the needs of the people.

“We constituted an ISOPADEC Advisory Council to be able to guide and encourage the new management, with a view to ensuring that the spirit and letters of ISOPADEC are strictly adhered to. The era of sharing ISOPADEC money is over.”

On funding, the Deputy Governor assured that the Commission shall be funded according to the law establishing it, even as he charged the new management on accountability.

“ISOPADEC must be accountable. It shall be funded according to the law establishing it. Funding will not be an issue. The issue will be how to manage the funds. It calls for prudence. There must be consultation, transparency and accountability.”

He further assured the delegation that Adapalm Nigeria will be properly managed in the interest of the citizens.

Speaking earlier, leader of the delegation and former lawmaker, Chief Goddy Obodo expressed gratitude to the government of Chief Emeka Ihedioha for considering Ohaji indigenes in political appointments, assuring him of their continued support.

“We are here to identify with you. Carry our message of gratitude to Governor Emeka Ihedioha. We are here to express our happiness. Within one month of our administration, we are already feeling a wind of change”, he said.

“For Eight years, ISOPADEC was almost closed down. For eight years, no one from Ohaji benefited anything from ISOPADEC. The people of Ohaji that have so far been given appointments are tested and trusted. They will not fail you.”