What makes a person a ‘fit’ for Governor General 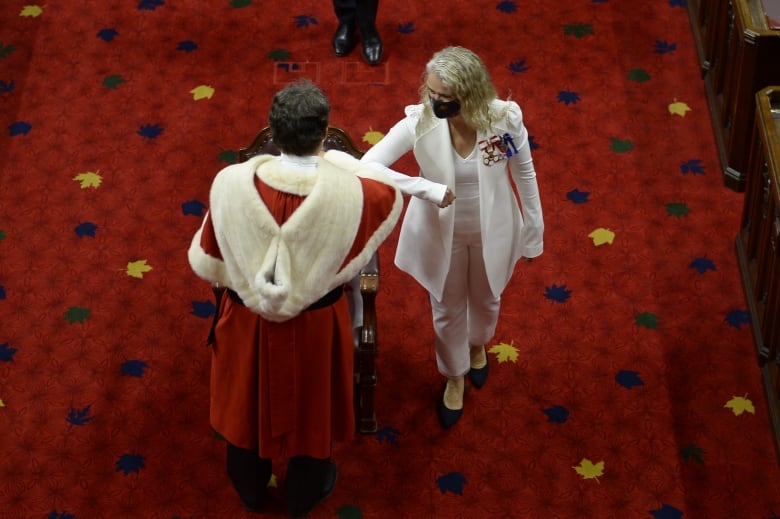 Hello, royal watchers. This is your regular dose of royal news and analysis. Reading this online? Sign up here to get this delivered to your inbox.

The controversy hanging over Julie Payette’s departure from Rideau Hall offers a long list of lessons about how to go about — or not go about — finding someone to represent the Crown in Canada.

Payette resigned as Governor General last month after an external review found that the former astronaut and her secretary, a personal friend she brought with her to Rideau Hall, presided over a toxic workplace environment.

“The Payette episode, if nothing else, should teach us that the brightest and most accomplished Canadian may not be a fit as Governor General,” wrote Barbara Messamore, a history professor at the University of the Fraser Valley in B.C., in Policy Options.

So what kind of person would be a fit?

Messamore, who is also a fellow of the Institute for the Study of the Crown in Canada at Massey College in the University of Toronto, offered additional insight over the phone this week.

“Fundamentally, it is an individual who is appointed, and this last episode really points up the importance of who that person is, not just what they are but who they are,” she said.

CBC has reported that Prime Minister Justin Trudeau’s office did not check with two key past employers before putting Payette’s name forward for appointment by Queen Elizabeth in 2017, something that could have raised red flags about how Payette treated staff and her abilities as a leader.

“Behind-the-scenes inquiries are really necessary,” said Messamore. This “isn’t just about what you bring in terms of accomplishments and credentials.”

She said it’s also what the person could bring in more intangible ways, how they might carry out a role steeped in tradition, how they get along with others and how willing they might be to take advice if called upon for some of the constitutional responsibilities the role can entail — all the while not getting too caught up in their own importance.

“There’s that need for the dignified portrayal of the role of the Crown, and yet we as Canadians get a little prickly if we think [the GG is] … getting too big for their boots,” said Messamore. “They’re not the Queen, after all…. You can’t be too regal.”

John Fraser, author of The Secret of the Crown: Canada’s Affair with Royalty and founding president of the Institute for the Study of the Crown in Canada, looks back at those who’ve held the role of Governor General and sees some who were great, and others who didn’t work out nearly as well.

Those who were great, he said, didn’t overestimate what they could do, but they didn’t underestimate it, either. They were respected for their careers and “they were the right age, which was senior,” he said.

“They knew that they could, by largely symbolic means, bring great encouragement to things like the arts or the armed services or the North. Anything that they really wanted to champion, and that they took seriously, they could have an enormous power for good,” he said.

“On the other hand, if they meddled, they could be nuisances,” he said. “If they got too grand, they really upset people.”

Jeanne Sauvé, who was selected by Prime Minister Pierre Trudeau and appointed by the Queen in 1984, courted her own round of controversy when she limited public access at Rideau Hall.

“Madame Sauvé really got up people’s noses when she closed off the grounds because of so-called security reasons,” said Fraser.

Messamore, too, looks to people “of mature years” when considering what makes the best fit for the role, but also to individuals who are open to learning. The role also means always being “on,” in the sense of being “public in every way,” Messamore said.

“It’s not something that suits the sort of person who is a private individual and really … the little thing Madame Payette had up in her office, [a sign that said] ‘I need my space’ … [Being GG is] not a job for you.”

There’s been talk in the past, Messamore acknowledged, about having younger appointees who might bring with them the possibility of refreshing the office.

“But there’s a reason we appoint people who are at the crown of their career,” at retirement age or beyond, she said. “For somebody to come that far with a lot of personal success and yet still be open to learning something new, to approaching it in a spirit of openness, that’s kind of a rare thing. And they also sacrifice a fair bit.”

Both Messamore and Fraser look optimistically at the recent appointment of a senior public servant to lead the Office of the Secretary to the Governor General, restoring the tradition that the secretary be an experienced public servant who could offer guidance.

“The office has not been taken as seriously as it should be by the government,” said Fraser. “They have seen it as a branding exercise or as a reward.”

The latest season of the Netflix drama The Crown may have generated controversy over its fictional portrayal of Royal Family life, but another film much closer to royal reality had its own, much briefer brush with the public eye recently.

After being locked up for half a century, a 1969 documentary that gave viewers a glimpse into the public and private lives of the Royal Family appeared for a little while on YouTube.

Royal Family, which was made as cameras followed them for a year, was later taken down “due to a copyright claim,” the BBC reported.

But it’s also been widely reported that Buckingham Palace had ordered that the BBC film be locked away years ago, and according to The Times, “the Queen regretted giving the BBC behind-the-scenes access for the 1969 film and requested that it never be broadcast again.”

At the time, the documentary had a wide viewing, with estimates ranging from 350 to 400 million people worldwide seeing the film, which offered up glimpses of everything from a family barbecue at Balmoral in Scotland to the Queen talking with the U.S. president of the day, Richard Nixon, at Buckingham Palace.

The reason the palace might want to keep the film under wraps could lie in whatever informality and fly-on-the-wall views the documentary offered up.

Royal observers often point to the work of Walter Bagehot, a 19th-century constitutional expert and economist, who wrote: “Above all things, our royalty is to be reverenced, and if you poke about it, you cannot reverence it…. Its mystery is its life. We must not let in daylight upon magic.”

Whether the film cast too much daylight — and revealed too much magic — is open to debate, but the mere fact of its existence was enough to intrigue producers of The Crown, who featured it in one of their episodes.

And in that, there is some irony — a fictional portrayal of a real-life documentary in a modern drama being criticized for how it mixes fact with fiction. Where the truth lies is anything but clear.

Much clearer is the focus Kate, Duchess of Cambridge, continues to put on issues of mental health, early childhood development and family life.

It’s Children’s Mental Health Week in the U.K., and Kate featured in a video posted online urging parents to look after themselves, too, particularly given the strains of the pandemic.

Tomorrow is the start of Children’s Mental Health Week – an opportunity to remind ourselves not just how important our own children’s mental health is but also parental wellbeing too.<br><br>We look forward to sharing more about the year’s theme of expressing yourself this week. <a href=”https://t.co/nQRmgkJWxM”>pic.twitter.com/nQRmgkJWxM</a>

“We really do need to be the very best versions of ourselves for the children in our care,” she said in what appeared to be a video she made herself outdoors, and which was posted to the Kensington Palace Twitter account.

The video, and other virtual sessions she has been part of recently, are a continuation of her interest in the issues as she has been gaining a higher profile within the Royal Family.

Kate has also offered up a few details of family life under lockdown for her, Prince William and their three children.

“I’ve become a hairdresser this lockdown, much to my children’s horror, seeing Mum cutting hair,” she said in one recent video meeting with parents.

“We’ve had to become a teacher — and I think I personally feel pulled in so many different directions.”

I’m always happy to hear from you. Send your ideas, comments, feedback and notes to royalfascinator@cbc.ca. Problems with the newsletter? Please let me know about any typos, errors or glitches.