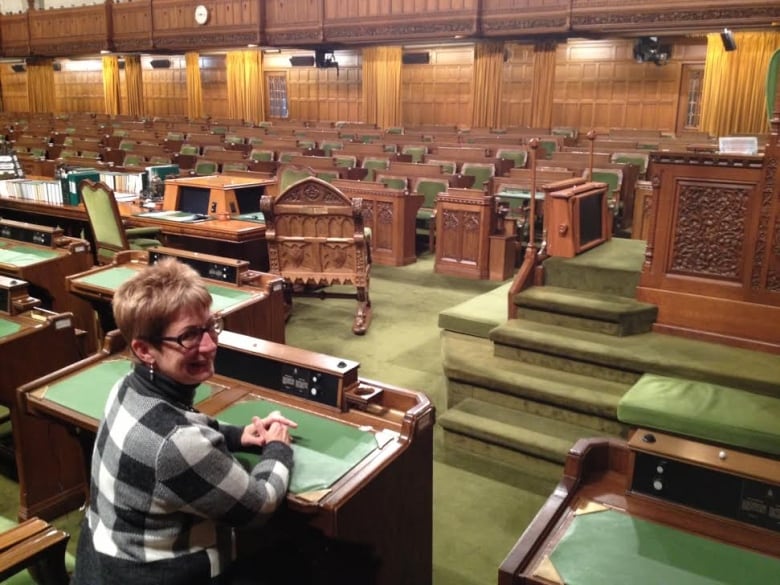 Patrick O’Hara was driving home to Léry, Que. from Parliament Hill earlier this month when got the call telling him that he wouldn’t become a member of Parliament after all.

“There’s a feeling of … what just happened? You’re in awe and shock,” O’Hara said.

Two weeks earlier, the rookie Bloc Québécois candidate in the riding of Châteauguay-Lacolle had every reason to believe a summer federal election had changed his life forever.

Feeling “ecstatic” and energized after having been declared the winner, he had started the process of hiring staff and “building the roadmap to taking over the riding.”

The results had him unseating Liberal incumbent Brenda Shanahan by 286 votes in one of the tightest races in the country.

In a Facebook post two days after election day, Shanahan conceded defeat, congratulated O’Hara and tried to buck up supporters by reminding them that “life is good.”

But days later, Shanahan requested a judicial recount in the riding, overseen by a superior court judge, in response to a “potential anomaly” in the count of one ballot box from an advance poll.

The request came on the heels of an earlier issue: a returning officer noticed that 410 votes had been mistakenly recorded for O’Hara, rather than 40 votes — an error that was corrected in the validation process.

O’Hara said he was still “pretty confident” everything would work out in his favour.

The recount started on Oct. 4. O’Hara was in Ottawa for orientation sessions at the time, meeting with other incoming MPs still buzzing from their victories in September.

“Twelve votes,” O’Hara said with a chuckle. “You know, you’d rather lose by 2,012. And then you’re trying to figure out who are the 13 people that didn’t make it to the voting.”

Shanahan said she spent the days after the election focused on making arrangements to move out of her constituency office and the one on Parliament Hill. She said she was disappointed but felt content knowing her team “gave it our best shot.”

Shanahan, a former banker, said the earlier discrepancy in the vote caused her to wonder if there might be other errors.

The recount ultimately found that, in the tally of one box of advance poll votes, the NDP candidate had mistakenly received Shanahan’s votes “to the tune of several hundred,” she said. Correcting that “human error” ultimately put her over the top.

Politicians can sometimes sense whether victory or defeat is lurking around the corner, she suggested.

First elected in 2015, Shanahan fended off a Bloc challenger two years ago by 639 votes. Her razor-thin margin of victory this time reminded some Liberals of former cabinet minister Anne McLellan, who earned the nickname “Landslide Annie” for her narrow wins in Edmonton — once by a 12-vote margin in 1993.

O’Hara said it was a clean contest “before, during, and after” but he concedes he’s still “devastated” by his reversal of fortunes.

“Anybody that sits here and tells you that they take a loss and they’re positive about it, I would call them out that they’re flat lying,” he said. “Whether it’s in a business deal, whether you’re playing hockey, a loss is a loss.”

O’Hara’s party had a better result in another Quebec riding. Conservatives received a judicial recount in Trois-Rivières, but it was confirmed that Bloc candidate René Villemure beat the Tory candidate and former mayor Yves Levesque by 83 votes.

The Bloc also requested a recount in Brome-Missisquoi, but later abandoned that effort and conceded defeat. Liberal newcomer Pascale St-Onge won by 197 votes over the Bloc’s Marilou Alarie.

Watch: Bloc leader wants all MPs returning to the House to be vaccinated

Shanahan’s win confirmed that not a single Quebec seat flipped to a different party this year, something O’Hara takes as a “clear indication” that the election was not necessary.

Born in British Columbia, O’Hara came to Quebec after his parents separated when he was two. He said he surprised anglophones in the predominantly French-speaking riding by being able to switch to speaking English while campaigning door to door.

He said he was drawn to the separatist Bloc because of its leader Yves-François Blanchet and the party’s sole focus on advancing Quebec’s interests.

“At the end of the day, whatever language or community you come from, when you live in Quebec, the priorities of Quebec become your priorities,” he said.

O’Hara said he plans to run again and believes that, while it’s a tough pill to swallow, gracefully accepting defeat is “how you prove to the people that you’re fit for the job.”

For Shanahan, it’s a “testament to our democratic system” that a close-fought contest could be sorted out peaceably.

Campaigns are a time for partisan politics, she said, “but once the election is over, and the people’s choice has been made, the elected person is now the member of Parliament.”

Democracy, O’Hara said, is a privilege.

“Every vote counts and I think I’m living proof.”