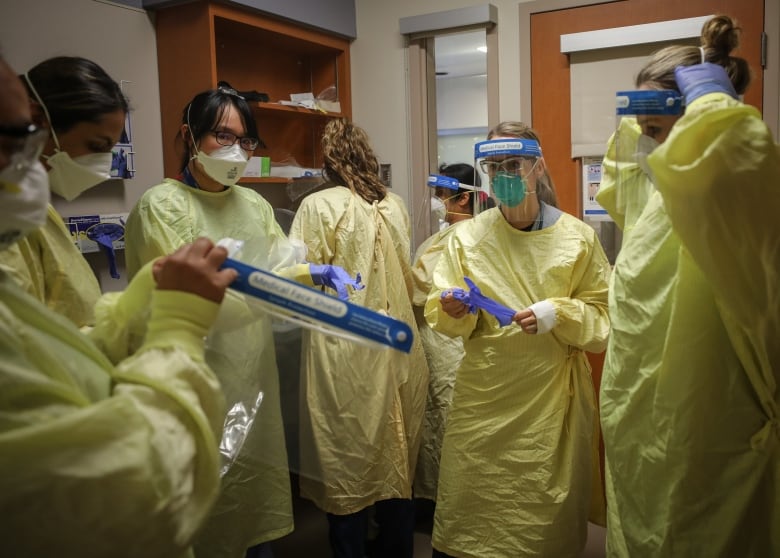 It’s the end of an era in Alberta, with voters in Edmonton and Calgary heading to the polls on Monday to elect new mayors for the first time in years.

Iveson was first elected mayor in 2013 and served two terms, while Nenshi served three terms after his election as mayor in 2010.

They reflected on their careers with West of Centre host Kathleen Petty.

Leadership during a global pandemic

Both mayors are finishing their terms as Alberta grapples with the fourth wave of the COVID-19 pandemic.

With double-digit deaths reported daily more than a year and a half into the pandemic, both Iveson and Nenshi say the current situation was avoidable.

Nenshi didn’t hold back on what it’s been like working with the provincial government as the pandemic raged on. He said early communication with Alberta Premier Jason Kenney was frequent, but that changed during the summer.

“It wasn’t the Stampede pushing the province to have the Stampede, by the way, but it was the Stampede wanting to be very responsible and figure out a way to bring the spirit back to the city in a safe way.”

Both mayors say they wanted more action from the United Conservative Party (UCP) government in advance of the fourth wave.

“If this was a flood or a wildfire that we had no idea was coming, then we could really focus on keeping people safe and fixing the problem. But the undercurrent here is that it’s so much worse in Alberta, and we could have avoided it,” Nenshi said.

Modelling showed that there would be a fourth wave in the fall, and it came faster than expected, Nenshi said, adding that Kenney “basically told people if you don’t have your vaccine, don’t worry, we’ve already hit our vaccine targets.”

“This was very, very foolish.”

Iveson said he reached out to express concerns in August, which is the last time he was in communication with the premier.

The mayor of Alberta’s capital city said he wanted the province to take action so that the burden wouldn’t be put on municipalities.

“We’ve always wanted the province to flex its authority because then it’s consistent and clear across jurisdictional boundaries,” Iveson said.

“The folks in leadership at Alberta Health Services … are in a devastating position of having to pick up the pieces from the abrogation of leadership on the political side. So notwithstanding that, there has been a massive and further erosion of public trust in public institutions, specifically this provincial government.”

Nenshi said UCP cabinet ministers have reached out to him during meetings via calls or texts in moments of frustration.

“I know that even the cabinet ministers who are just trying to do a good job are frustrated that they’re unable to make decisions or move files forward because petty partisan politics get in the way,” the Calgary mayor said.

“Folks are coming to me and saying, ‘How do I move this project forward? You know, how do we get this done?’ That indicates to me that we have a real problem here, and the challenge is not so much ideology. I can deal with any ideology.”

In 2019, the provincial government planned to repeal the city charters for Edmonton and Calgary, reducing their base spending by $45 million a year.

Iveson was about to board a plane for a business trip to the Netherlands when the news dropped.

“After the teeth kicking we had taken on the reversal on the city charter … of course, that got yanked out from under us with nary a heads up, and I actually got off a plane and came back to the legislature to respond to the loss of the city charter,” he said.

“That sort of enemies mode started up after that, not just with Edmonton and Calgary, but ultimately sort of lighting up municipal leaders from one end of the province to the other on grants and policing issues — and sort of othering us as if we were the problem.”

Both mayors spoke about their biggest regrets during their time in office.

“Council made a number of errors in terms of our budget and business support. That’s the biggest regret on council,” Nenshi said, referring to an 18-month period in 2018 and the beginning of 2019.

In 2019, Calgary’s city council examined whether it could alleviate the tax burden on businesses by raising taxes on homeowners.

But on a personal level, Nenshi said his biggest regret was not pushing the Olympics over the line.

For Iveson, he said his biggest regret was not being able to close a deal to end homelessness in Edmonton, although he said the city has housed more than 13,000 people using Housing First.

“I’m very connected to this issue and passionate about it. And being unable to get the kind of partnership we need from the government of Alberta to do a glorious and economical thing, and a just thing, has been incredibly heartbreaking,” he said.

“And then to slide backwards on it during the pandemic, despite our best efforts, that’s been sad.”

There were good times, too.

“Your face is an all access pass to everything. So you get to meet Shania Twain backstage, you get to fly a fighter jet. You get to hold the Grey Cup over your head a couple of times — sorry Don,” Nenshi said.

“But for me, the funnest thing was those super-long Saturdays where I had 25 or 30 events and I just got to meet people in the city, volunteers doing things to build community.”

“I did get to lift the Grey Cup once, and I did get to see the Stanley Cup hoisted in my city, albeit by Tampa Bay,” Iveson said.

But he echoed Nenshi in saying that a highlight for him was meeting the citizens he works for.

Despite having just over a week left in office, neither mayor says it will be a cruise to the finish line.

Nenshi said he hasn’t finished packing his files and writing transition binders for the next mayor, and Iveson said he has been slowly packing for a couple of months.

“Actually, I started making a habit of just taking something home with me each time, just so I wouldn’t have to take it all at once,” he said. “And … a lot more stuff than I realize has accumulated over eight years.”