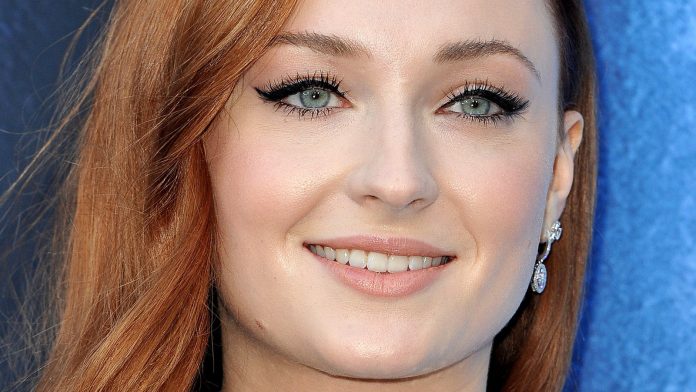 Sophie Turner was not born a redhead, and she was initially hesitant about dyeing her naturally blond hair auburn when she was cast in “Game of Thrones” as a teen. “Being a thirteen year old girl and going red, of course you kind of get mercilessly teased about it,” she told W magazine. In an interview with Vogue, she elaborated on this reluctance by saying that she was attending school at the time, and there was a stigma attached to being ginger among her classmates.

“Game of Thrones” hairstylist Kevin Alexander told Deadline that Turner’s hair color had to be touched up weekly, for which he used a vegetable-based dye. But Turner eventually returned to her roots, and after seeing her with the blond tresses of a Targaryen, some “GoT” fans feared the worst. Per Vogue, there was speculation that her character had been killed off. “People really freaked,” Turner recalled.

Unfortunately, dyeing her hair blond also didn’t leave it in the best condition. “It destroyed my hair to the point that I had to use a wig for ‘Game of Thrones,'” Turner told Glamour. “They wouldn’t let me dye it back red or my hair would’ve fallen out.” While the wig eliminated the need for weekly touch-ups, it came with its own annoying problems. “Wigs are very itchy, they take longer to put on, and my head gets very hot under them,” Turner told Marie Claire.