What is Juneteenth and why is everybody talking about it this year? 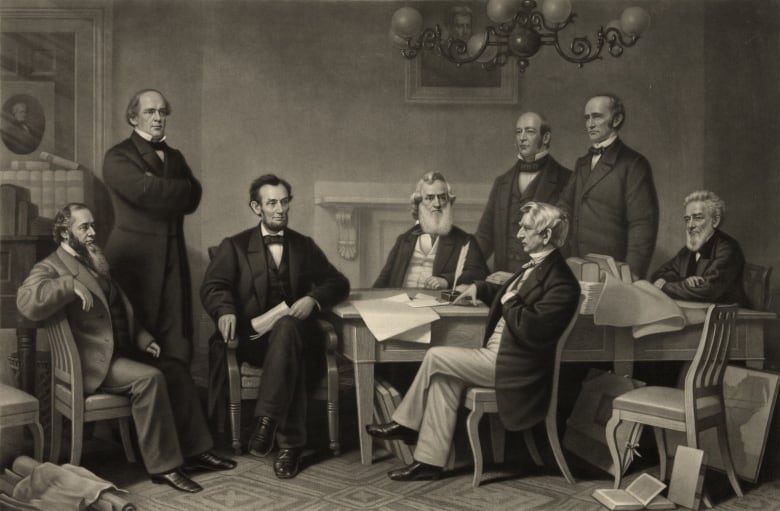 It is a 155-year-old day of celebration that many non-Black people in the U.S. and around the world only started to hear of recently.

But this year, Juneteenth has been brought to the forefront, due in large part to the recent killings of Black Americans, the ensuing anti-racism protests and a Trump campaign rally initially planned for the same date.

Juneteenth celebrates the emancipation of African Americans from slavery. On June 19, 1865, Union Army Maj. Gen. Gordon Granger arrived in Galveston, Texas, to inform slaves they had been freed.

He was actually a bit late. The Emancipation Proclamation had been issued by President Abraham Lincoln more than two years earlier, on Jan. 1, 1863. By June 19, 1865, Lincoln had been assassinated, and the 13th amendment that would abolish slavery in the United States would be ratified six months later.

There are various theories about why it took so long for the news to reach Texas. It was, in fact, the last state in the Confederacy to get word.

There have been stories that a messenger was murdered on his way to Texas with the news and that slave owners kept the news to themselves, so that they could keep their labour force intact.

Some historians believe it is more likely that due to a lack of Union soldiers there during the war, Texas largely remained a Confederate state until 1865 when Robert E. Lee finally surrendered.

So, it was news to the 250,000 or so slaves in the state on June 19, when Granger — sent to command the Department of Texas — carried out one of his first duties in announcing General Order No. 3: “The people of Texas are informed that, in accordance with a proclamation from the Executive of the United States, all slaves are free.”

According to the U.S. Library of Congress, “Spontaneous celebrations broke out as the news spread, and these gave rise to annual events to mark the day.”

The name Juneteenth  is a combination of June and 19th. It has also been called Juneteenth Independence Day, Freedom Day and Emancipation Day.

How is it celebrated?

Juneteenth celebrations were first held in Texas in 1866. Over the next several years, as participation grew, African Americans needed larger spaces to hold their celebrations. In 1872, a group of Black ministers and supporters raised $1,000 to buy a tract of land in Houston, which would become Emancipation Park.

As former slaves moved to other states, they brought the Juneteenth tradition of celebration with them. About six million African Americans from the rural South moved to cities in the North, Midwest and West from about 1916 to 1970.

Celebrations of the day ebbed and flowed over the years. Some people took the stance that it was too much of a look backwards on a painful past, rather than a focus on the future.

But it was given prominence again in 1968, a few months after the assassination of Martin Luther King Jr. On June 19 of that year, his Poor People’s Campaign held a Juneteenth Solidarity Day. It attracted between 50,000 and 100,000 people and featured speakers including King’s friend and activist, Ralph Abernathy, and widow Coretta Scott King.

Today it is celebrated in American cities big and small, some with parades, Miss Juneteenth beauty pageants and public parties, many with backyard barbecues.

Is Juneteenth a legal holiday?

Juneteenth is not a federal holiday. But 47 states and the District of Columbia have passed legislation recognizing it as a holiday or observance. The only states that have not are Hawaii, North Dakota and South Dakota.

Texas was the first to declare Juneteenth a statewide official holiday in 1980.

This week, New York’s governor signed an executive order recognizing Juneteenth as a paid holiday for state employees to commemorate the emancipation of slaves in the U.S.

“It is a day we should all reflect upon. It is a day that is especially relevant in this moment in history,” Cuomo said.

Virginia’s governor has also proposed making Juneteenth a state holiday. And in recent years, celebrations have spread to other countries, including Canada.

Why did it become such a flashpoint this year?

Earlier this month, U.S. President Donald Trump announced he would hold his first political rally in months in Tulsa, Okla., on June 19.

Tulsa is the site of one of the worst episodes of racial violence in U.S. history: the 1921 race massacre. Mobs of white people attacked African Americans and their businesses, killing as many as 300 people.

However, following days of criticism and calls for him to change it, Trump’s campaign moved the rally to the following night.

…of respect for this Holiday, and in observance of this important occasion and all that it represents. I have therefore decided to move our rally to Saturday, June 20th, in order to honor their requests…

Last year, Google made headlines for not marking the holiday with its customary Google doodle when Davian Chester, a digital artist in Georgia, called out the tech giant and offered up his own version.

But this year, amid heightened tensions following the killings of Ahmaud Arbery, George Floyd, and Rayshard Brooks, and the huge anti-racism protests across the U.S. and around the world, many major companies and organizations have decided to recognize Juneteenth.

Nike, Twitter, Square, Lyft and the NFL are among those giving their U.S. employees a paid day off.

Nike CEO John Donahoe wrote in a memo to employees that observing Juneteenth represents an “important opportunity to better commemorate and celebrate Black history and culture.”

In 2016, Donald Glover’s series Atlanta produced an episode called Juneteenth, in which the main characters go to an upscale party — a very different celebration from those their ancestors might have attended.

The sitcom Black-ish did a Juneteenth episode, too, in 2017, which was a bit more of a history lesson — though with a good dose of parody mixed in. Musical group The Roots re-enacted the end of slavery in an animated bit as part of the show.

The film Miss Juneteenth is set to be released this Friday. It tells the story of a former beauty queen who prepares her daughter to compete in the annual Miss Juneteenth pageant.

And in 1999, American novelist Ralph Ellison’s second novel, Juneteenth, was published posthumously. Penguin Random House describes it as “a brilliant exploration of the American soul in all its heroic idealism, its moral ambivalence, and its still-troubled sense of racial identity.”