What does rising debt profile portend for Nigerian economy? 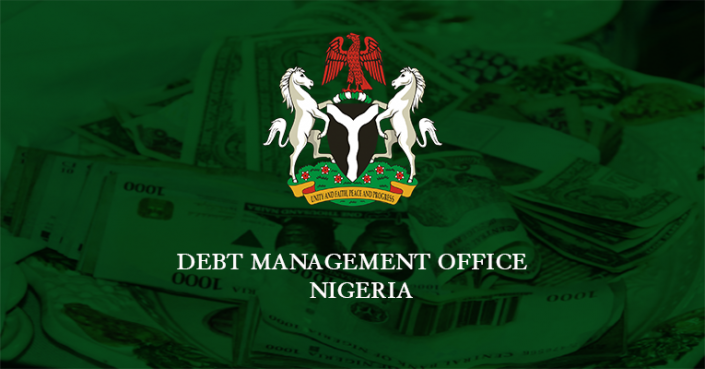 It is not healthy. People say the United States of America is indebted, but America is an industrialised nation. It is a nation with excellent infrastructure and it is at its peak when you look at the development index. This is not the case with Nigeria; almost everything, including food, is imported. Such a nation cannot continue to accumulate debt. What is better for us is to work to produce goods for export to improve our foreign reserves to develop our infrastructure. The way our debt profile is increasing portends danger for the nation.

If you remember, there was a debate about going to borrow money from the IMF and what happened? It became clear we had to devalue the naira. This is usually what they tell us: too much debt means you must devalue your currency. What more devaluation to Nigerian currency do you want today?

It is bad that the Federal Government still wants to borrow more money. We should explore collaboration. Some nations that are endowed as Nigeria have gone to collaborate with China, US and other advanced countries, and have come together to address governmental issues. I also think Nigeria should look at ways to empower the grassroots.

Let our farmers become proud of what they do. Let civil servants go back to the farm. There should be a national campaign that is like what we had during the  days of Operation Feed the Nation and War Against Indiscipline. We need a leader that is morally upright and strong like President Muhammadu Buhari to lead us in this direction. •Prof. Abdul-Rasheed Na’Allah (Vice-Chancellor, Kwara State University, Malete)

There is nothing really wrong in borrowing. Borrowing is good for financing budget deficits, but when the debt Gross Domestic Product ratio is high, it becomes a burden which will hamper economic development. Again, the servicing of our debts, no matter how high or low, is dependent on our external reserve. What we have in our external reserve will determine what we can pay at any given time. So, if our external reserve is depleting as it is at the moment due to the oil price shock, then economic development will be seriously affected. The issue here is not whether the debt is increasing or decreasing, it is the management of the debt itself and what you produce for export to service the debt that becomes the focus. But when you are constantly importing and your debt profile is rising, it then means that economic development will be hampered. It is as simple as that. •Dr Sam Eboh (A Calabar-based legal practitioner and economist)

Borrowing in itself is not a bad economic strategy, but the manner such borrowing is used is very important. I am not worried about borrowing because debt is leverage, but it depends on what the loan is used for. It must be used for productive purposes and not to finance recurrent expenditure. Oil prices are just beginning to bounce back and so, I see the borrowing as a last resort to prevent the total collapse of the economy since we had a serious revenue shortfall. When you have a decline in revenue, you have to resort to borrowing. There is nothing bad in borrowing, but we should borrow heavily for infrastructure and with the level of revenue challenges we are having in the country, it would not be easy servicing some of these debts. •Mr. Godwin Eohoi (Registrar, Chartered Institute of Finance and Control of Nigeria)

There is no country without debt. Every economy is indebted in one way or the other, starting from the United States of America, which has the highest debt profile in the world.

But you see, in most African countries, foreign interests use these debts to bring down the economy of most of the countries. They make African countries so indebted that they may never come out of such debts.

If we have to look at countries like Niger, Chad, among others, they are heavily indebted countries. These countries often owe. Sometimes, the international bodies may write off such debts, but this does not obliterate the fact that they always owe or are made to owe.

In the case of Nigeria, we are a very rich country. Apart from oil, we are blessed with lots of human and natural resources.

Nigeria as a country should be run smoothly without being indebted to either the World Bank or other economies, but now, we are even indebted to China. And at the moment, the Chinese come here to exploit our wealth; they come to construct roads and do everything here, and we are still indebted to them.

The government of this country should be able to have good planners and economists, whose main preoccupation should be to make the country tilt towards self-reliance without borrowing from any of these unfriendly world financial institutions. The debt is a plague which has eaten deep into our socio-economic fabric.

Nigeria can be debt free. After all, when the administrations of Olusegun Obasanjo and Goodluck Jonathan were there with Okonjo Iweala as Finance Minister, we were able to offset our debts. But now, it appears we are going back to the debt trap.

I think Nigeria can live and do well with the resources it has at hand without being indebted to anybody. If we can put all our resources together, we can really get out of our huge debt. It does not pay us or anybody to be exploited by advanced economies through indebtedness. •Victor Enyenighi (Proprietor,  Coco Castles Hotel, Oron, Akwa Ibom State)

In my opinion, we have under borrowed. We are credit-worthy but we have under borrowed. Our debt to Gross Domestic Product ratio is the lowest among peer economies across the world. We need to move our debt to GDP ratio up to 50 per cent; below 50 per cent is good because we have infrastructural deficit and you cannot bridge our infrastructure gap by depending solely on simple taxes and other forms of Internally Generated Revenue. We need to borrow extensively, but targeting infrastructure. We should not borrow to pay salaries like we have been doing in the past. We need to finance very important infrastructure, not the kind of infrastructure we put in Abuja which does not have the capacity to yield the kind of returns that will repay the loan. Invest in infrastructure like roads and power in places like Aba, Port Harcourt, Lagos, Abeokuta, and Kano where industries will thrive and jobs will be created and you can guarantee that you will have good return on investments.    •Odilim Enwuegbara (An Abuja-based development economist)

To me, this attitude of reckless borrowing should be condemned and Nigerians should speak up against it.

The Peoples Democratic Party which they described as clueless was able to reduce Nigeria’s debts from about $30bn to about $2bn, but Nigerians can see what the All Progressives Congress  government is doing now. Former President Olusegun Obasanjo took Nigeria out of the debt trap.

It will have been a different case if they borrowed much and we can see what the money is being used to do. They have thrown this nation into serious debt and you don’t need to be an economist to know that if you borrow money and you do not spend it on projects which will bring return on investment, then you are putting yourself into serious crisis.

They borrowed over N7trn in just two years and if they continue to borrow this way, the nation will soon crumble under the burden of this debt.

Instead of continuing to borrow recklessly, I think what they need to do is to look inward and develop areas where the nation has comparative advantage in order to increase our earning and boost the already deflated economy.

The APC-led government has shown to Nigerians that it does not have any clear-cut economic policy which can guarantee the change it promised during electioneering. It is sad that we are being thrown back into the dungeon of debt where ex-President Olusegun Obasanjo brought us out from. •Adejare Bello (A former Speaker, Osun State House of Assembly)