What do Walker & Bertrand offer? 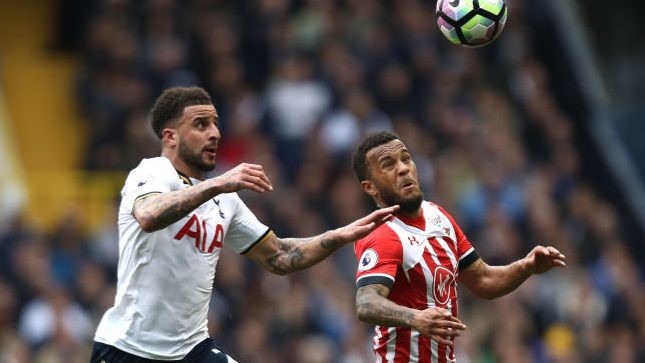 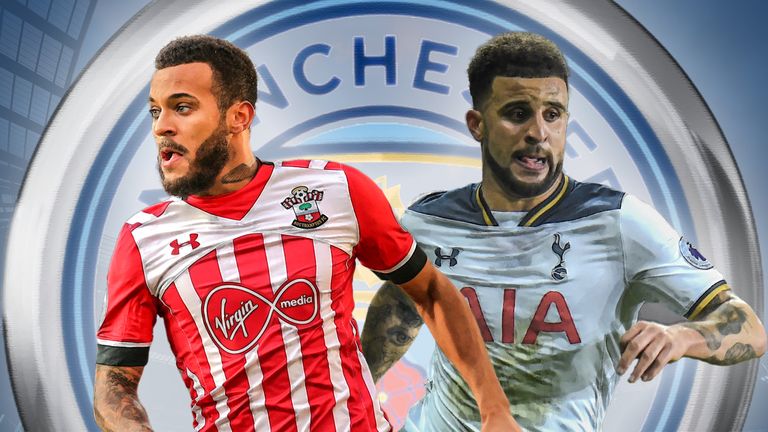 Manchester City are reportedly set to swoop for Tottenham right-back Kyle Walker and Southampton left-back Ryan Bertrand – but what would the pair offer?

City have offloaded five ageing, long-term servants since the end of the season, including full-backs Gael Clichy, Bacary Sagna and Pablo Zabaleta, along with Jesus Navas and ‘keeper Willy Caballero. 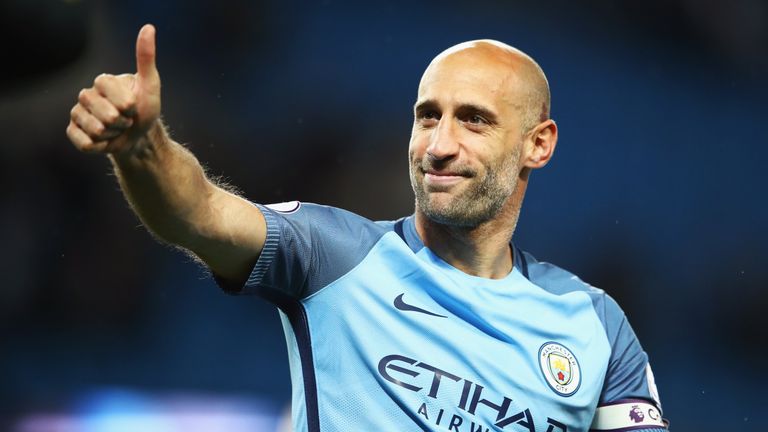 Indeed, 31-year-old Clichy and 34-year-old Sagna were City’s most used full-backs last term, yet the former Gunners never fully fitted Pep Guardiola’s style with the City boss experimenting with no less than seven different players in the wide, defensive roles. 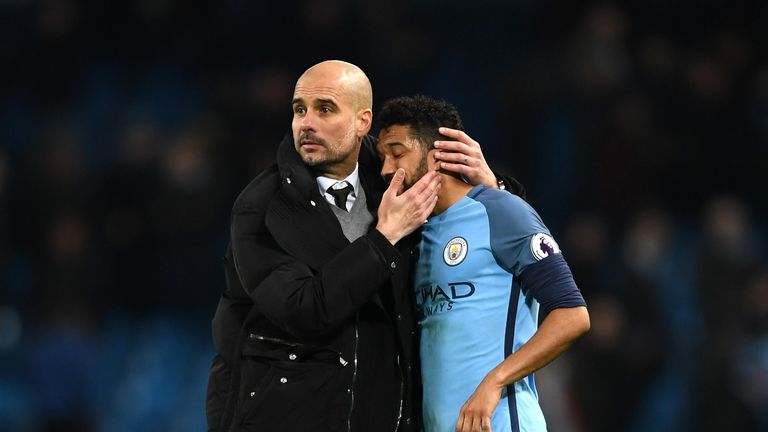 So replacements and an injection of defensive youth were to be expected, but racing full-backs, or wing-backs, are almost as coveted as a defensive midfielder – so Walker and Bertrand would not come cheap. 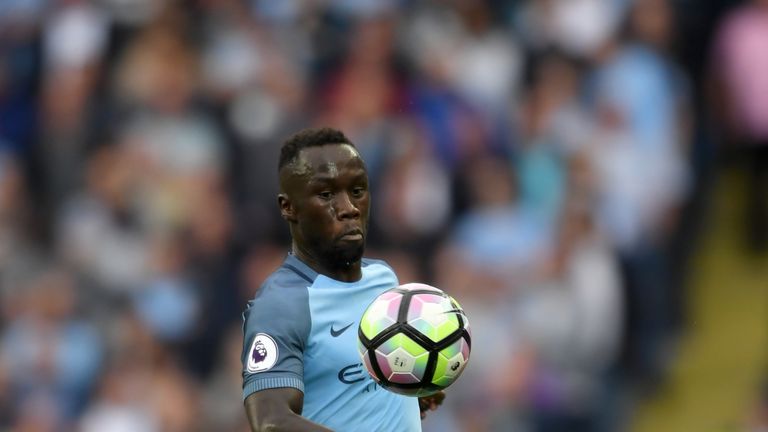 The fees would also be inflated by their ‘homegrown’ status, as Guardiola seeks to satisfy the Premier League ruling that requires teams to have a minimum of eight ‘homegrown players’ in a 25-man squad – but big fees rarely deter Manchester clubs. 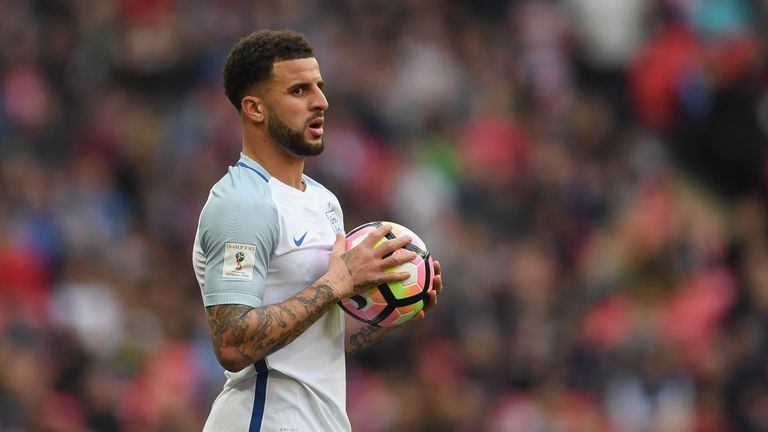 Previous Englishmen have struggled at the Etihad, including the likes of Jack Rodwell, Scott Sinclair and Fabian Delph – but Walker and Bertrand would be more than squad player targets to appease quotas. 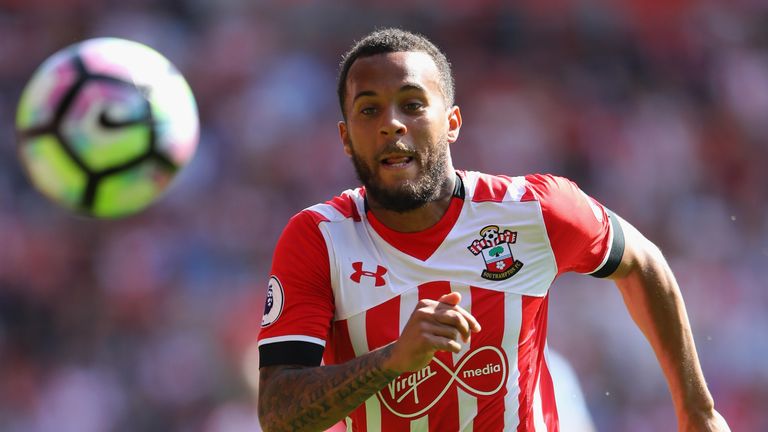 The two English internationals would almost certainly be guaranteed starters next season and significantly increase City’s already lethal attacking threat, while bolstering defensive weaknesses with athleticism to track back.

Guardiola’s perfect start in England fell apart during October last year, primarily due to defensive and goalkeeping frailties. Those recurring stutters in form cost the Spaniard a genuine title challenge during the closing months. 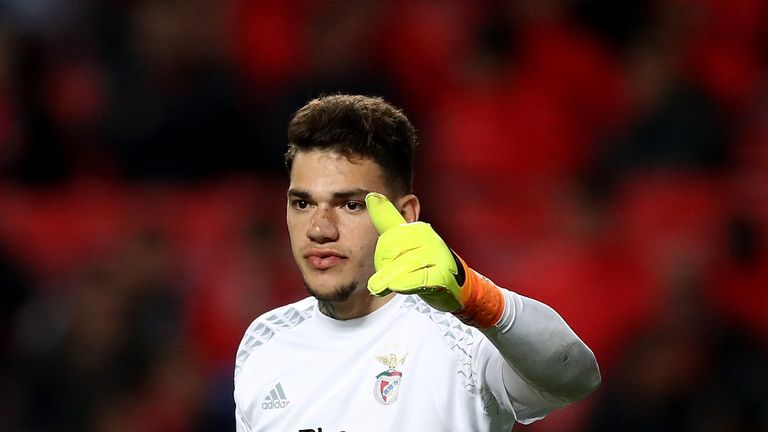 However, with new keeper Ederson signed from Benfica for £34.9m on Thursday and, potentially, two of the league’s most formidable full-backs added to the ranks, Guardiola is setting his stall for a title-challenging second term.

But how would the full-backs improve City’s stats? 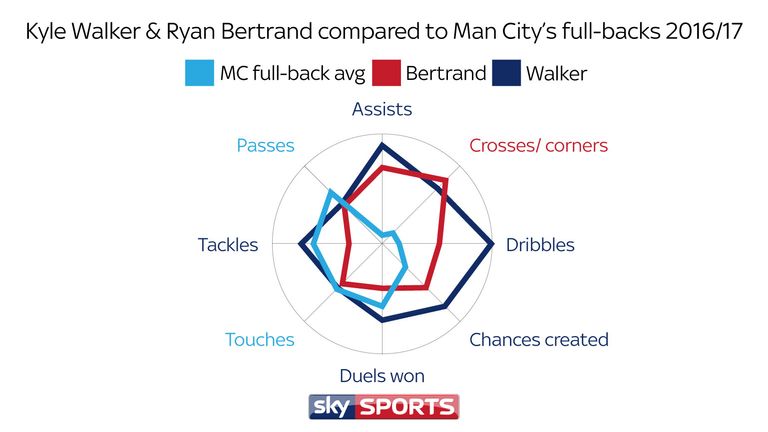 The radar graphic above shows how Walker and Bertrand compare to the combined average of City’s most used full-backs: Clichy, Sagna, Zabaleta and Aleksandar Kolarov.

The pair are far in front of their counterparts for attacking threat, dwarfing City’s full-back stats for assists, crosses and corners, dribbles and chances created.

All four of City’s most used full-backs only managed one assist between them while fulfilling the role during the entire campaign. In contrast, Walker and Bertrand collectively racked up eight with four each from wide positions. 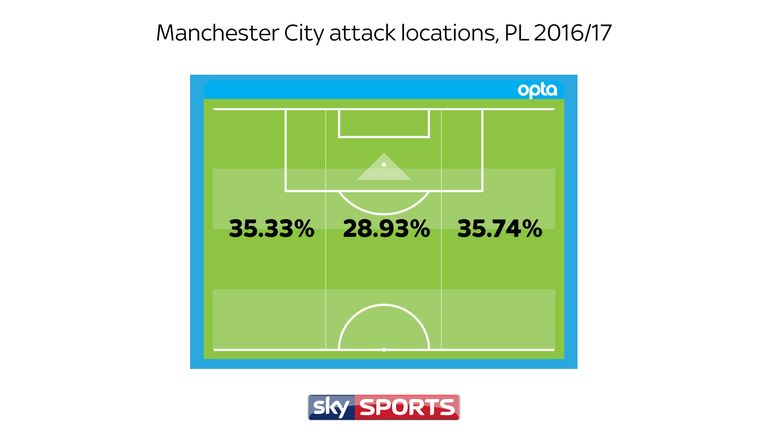 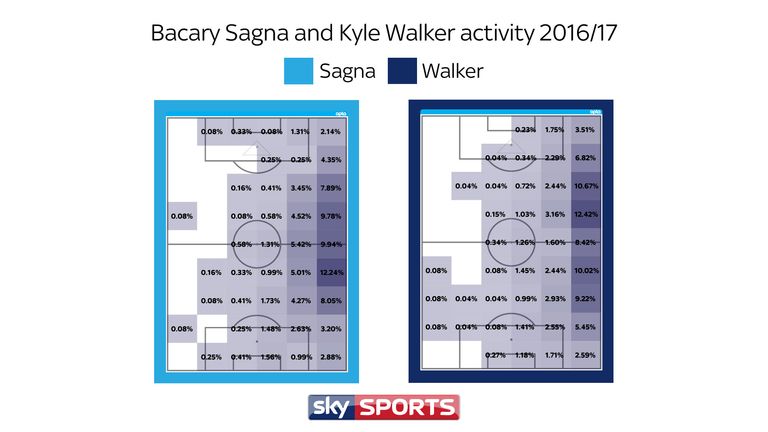 The graphic above shows how Walker would deliver a major attacking boost compared to what Sagna offered last season.

Guardiola primarily used a 4-2-3-1 or 4-1-4-1 formation last season and the graphic shows that Walker would occupy more prominent attacking positions, supporting and overlapping Raheem Sterling down the right flank. 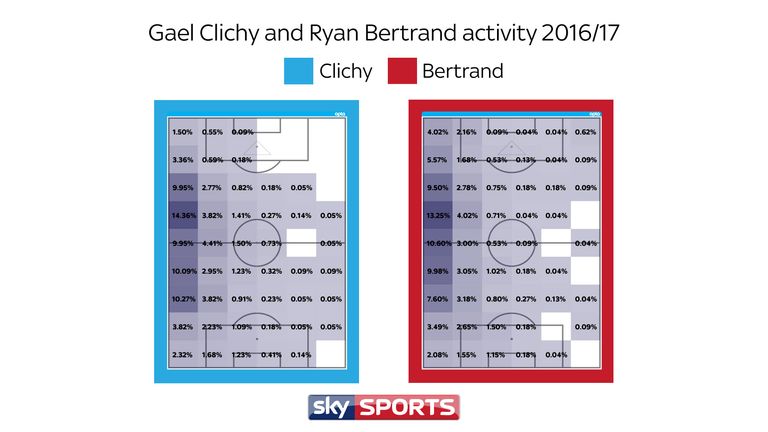 Ryan Bertrand’s impact as a replacement for Clichy would be slightly less dramatic, with the French international contributing similar, but less effective, attacking positions – but Bertrand makes more of an impact along the byline.

Both full-backs would stretch opposition defences wider than achieved last season, which could also open pockets of space in and around the box for the likes of Kevin De Bruyne, David Silva, Gabriel Jesus and Sergio Aguero. 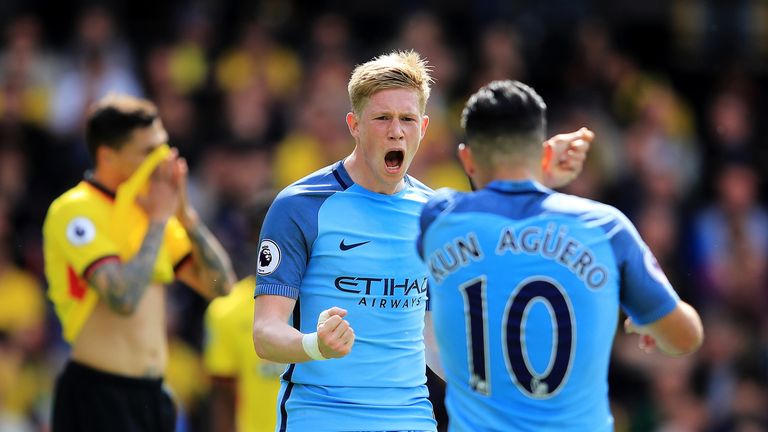 City had a league-high 79 attempts on goal from corners last season but only scored five of those. For comparison, West Brom scored a league-high 16 goals from just 58.

However, Guardiola’s men scored 14 goals from crosses, bettered only by Crystal Palace (20), Liverpool (19), West Brom (19) and Arsenal (18), and the two full-backs would undoubtedly boost this figure, in addition to creating space for attempts in central positions.

Out of the six full-backs, Zabaleta covered the greater distance on average with 10.88 km per 90 minutes. In fact, Walker and Bertrand recorded lower figures than all of City’s full-backs with the exception of Sagna.

These greater distances are likely to be a result of Guardiola’s physical demands on the pitch and both Walker and Bertrand would be expected to cover a greater distance if they move to Manchester.

However, both of City’s full-back targets are just 27 years old and surpassed three of City’s full-backs last season for sprints per game and all four for top speed, with Walker hitting 35.18 km/h – a league high for Premier League defenders.

It could be argued that Chelsea and Tottenham’s wing-backs or full-backs separated the teams from City and the rest of the chasing pack last term.

Guardiola only used a three-at-the-back system in the Premier League on five occasions, but Leroy Sane and Sterling do not possess adequate defensive qualities.

Indeed, Walker and Bertrand would also provide Guardiola with a three-at-the back option – both having played wing-back roles for their current respective sides.

City are also reportedly interested in Bertrand’s team-mate and club captain Virgil van Dijk, which would complete Guardiola’s defensive overhaul of youth and provide a squad more than capable of dethroning Chelsea next season.