‘We’ve got to do better’: Toronto readies to launch non-police crisis response pilot 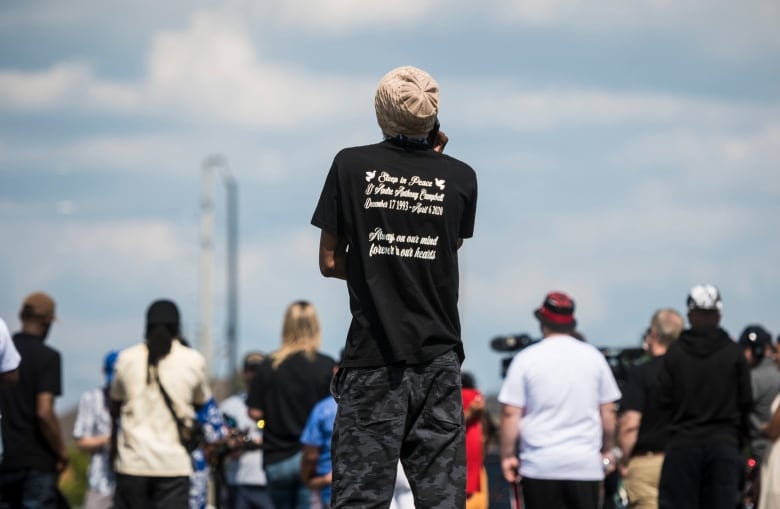 It’s been just over a year since the death of George Floyd at the hands of police, with the world erupting into protest and intense calls for police reform.

In recent years, the Greater Toronto Area has seen its own share of highly publicized deaths following police encounters with people of colour, including Ejaz Choudry, D’Andre Campbell and Regis Korchinski-Paquet, all of whom were in the midst of a mental health crisis.

That’s propelled the City of Toronto to look at its own policing, ultimately leading to the establishment of an $11-million pilot project that will soon become Canada’s largest non-police alternative response program since Floyd’s murder.

Denise Campbell, the city’s executive director of social development, is leading the project, which has a mandate to primarily answer mental health calls.

“I hope that the legacy of George Floyd in Canada is what we’re seeing right now, which is police services across the country, communities saying we’ve got to do better,” said Campbell.

“And in some cases, that means de-tasking police of some of the mandates that they’ve taken on over time, that they’re perhaps not best suited to do.”

The pilot will launch in January in Toronto’s northeast and northwest — two underserved areas of the city — with the goal of adding two more by mid-2022, including a unit to service the Indigenous population.

It’s a complex project, as Toronto’s community-based mental health system is largely underfunded and this model plans to work with the very organizations and staff that service that sector.

There is still much to piece together on exactly who will be placed on the teams that will respond to these calls, though it’s likely to be a mix of community nurses, harm-reduction workers and people trained in de-escalation.

The new service will most likely be accessible through both 911 and 211, a non-emergency line that connects callers with community services.

But one thing is clear: It will be totally separate from the Toronto Police Service.

Moving beyond police as the default

“We have police now being the default responders for mental health crises in Toronto — and that’s not working,” said Campbell. “You can’t take people in their most vulnerable moment of having a mental health crisis, or substance use issue, and have a law enforcement response. It needs a health response.”

Toronto is by no means the only Canadian city to seek alternatives. The Calgary Police Service, for example, has allocated $8 million to invest in community services to enhance crisis response.

Of the 33,000 crisis calls prompting police response in Toronto each year, only one-third involve apprehensions, according to TPS spokesperson Meaghan Gray.

“The city has our full support and we are working through many of these issues as we develop the best possible mental health response for our communities,” she said.

“Others [calls] may be suited for a community response that is simply not available when the crisis occurs.”

WATCH | The National talks to Denise Campbell about the policing alternative pilot project:

After the deaths of Ejaz Choudry, D’Andre Campbell and Regis Korchinski-Paquet, the City of Toronto has launched an $11-million program to create teams that can respond to mental health calls without police officers. Ian Hanomansing speaks to Denise Campbell, the woman leading that effort. 6:17

The not-yet-named service hopes to fill that void.

“They’ll go into a community when the call comes in for someone that’s experiencing a mental health crisis or having a substance-use issue, and provide them with the kinds of supports that they need to get them connected to services — maybe a detox bed. Whatever they need to be able to withstand the crisis that they’re in, and hopefully connect them to long-term services,” said Campbell.

“That’s not a policing response.”

For Susan Davis, the executive director of Toronto’s Gerstein Crisis Centre, it sounds just a little familiar. Her centre already runs a 24/7 crisis response service  in the city’s downtown with its own phone number for those aged 16 and over who are experiencing a mental health crisis.

“Prior to George Floyd, getting people to talk about non-police crisis response was hard,” said Davis, noting that her centre has been doing this kind of work for 30 years.

“It really is a shift and it really is nice to be talking about non-police crisis response again.”

But the centre stands ready to do “whatever we can” to support such initiatives, Davis said.

“Because the more interconnected we are, the better it will be for people in crisis. It will be easier when there is an established community-based crisis infrastructure, with enough crisis beds and crisis workers,” she said.

“I think it is going to be a bit confusing for a while, but it is difficult for me to criticize initiatives that create more community-based crisis responses.”

The pilot project will be funded by the city. Campbell insists there is enough money at the local, provincial and federal levels to fund the initiative over a longer term.

“Our goal right now is to build a model that works for Torontonians, and to call out to other orders of government to invest in a model that can actually be preventative and proactive and supportive.”