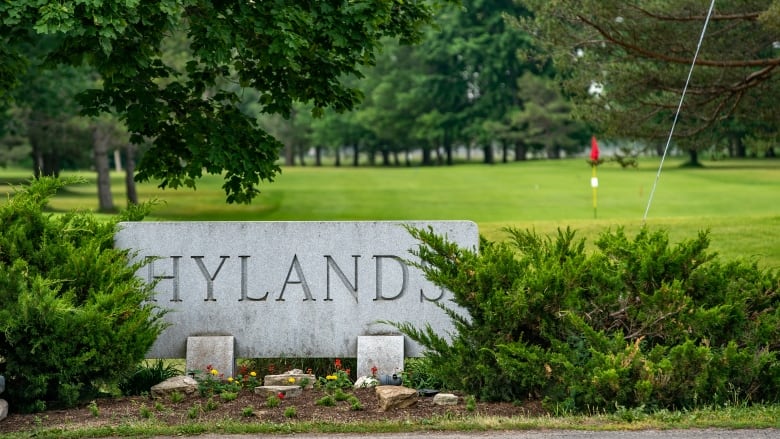 After two weeks of deliberations, Canada’s acting top soldier, Lt.-Gen. Wayne Eyre, has decided Vice-Admiral Craig Baines will continue to serve as the head of the navy despite condemnation over his decision to take part in a controversial golf game.

Eyre issued a memo to military members today saying the golf game showed “poor judgment” but he believes Baines can learn from his error and become a better leader.

“I will give him this possibility to redeem himself and show us how to learn, grow, and help the healing process,” wrote Eyre in the memo.

“To his credit, VAdm Baines sincerely and readily admitted his error in judgment and publicly apologized. He has reached out to many stakeholders to seek their views on his way ahead. Knowing his moral authority has diminished, he is determined to regain the trust and confidence of all through humility and showing us how to learn, reconcile error, and become a better leader.”

Baines publicly apologized earlier this month and said he was taking time off work after media reported he played golf with the former chief of defence staff, retired general Jonathan Vance.

The Canadian Forces National Investigation Service (CFNIS) is investigating Vance over allegations of inappropriate behaviour with female subordinates, which he denies.

Baines’s initial apology upset some military sexual trauma survivors, who said it was a show of public support for Vance rather than victims.

While Baines is staying on, the round of golf cost the military’s second-in-command his job. Lt.-Gen. Mike Rouleau faced intense criticism about his judgment after admitting he organized the golf game with Vance while he was the boss of the Canadian Forces provost marshal, which the CFNIS reports directly to.

Ten senior leaders have been swept up into the sexual misconduct crisis over the past six months and left top posts. They are either on leave with pay during military police investigations or have retired.

Eyre wrote that he consulted with victims and survivors, sailors, military members, academics and senior public servants about if Baines should stay in his role. He said there is “no perfect answer and I accept that not all will agree regardless of the decision.”

“For all, and especially senior leaders, there are some errors in judgment from which there is no recovery, but for other missteps or mistakes there must be,” wrote Eyre. “I have to believe that people can learn and grow, regardless of their generation, if we are to become better as an institution and as individuals.

“We need to be strong enough to embrace this painful misstep as a powerful opportunity to make us better.”

Eyre has faced criticism before over his own handling of a case involving the commander of the special forces, who wrote a letter in support of a convicted sex offender rather than supporting the victims.

Eyre initially said he had full confidence in Maj.-Gen. Peter Dawe to continue to command the special forces in the wake of the controversy. Dawe publicly apologized and said he took part in mediation sessions in the past as restorative justice.

But outrage and division grew in the ranks, prompting Eyre to then announce Dawe would move on to a new job earlier than planned. When that didn’t quell the anger, he placed Dawe on leave indefinitely and apologized for his handling of the case.

Megan MacKenzie, the Simons Chair in International Law and Human Security at Simon Fraser University, said Eyre’s decision to keep Baines in his role sends the wrong message to victims of sexual misconduct who are feeling hopeless there will be any real change.

“I think we’re in a moment where the CAF needs to restore trust amongst service members on this issue and this does the opposite,” said MacKenzie. “I think senior leaders are just trying to hold the line and hoping, like other scandals, this will just go away without them having to make big changes.”

MacKenzie said if the military truly had a zero tolerance policy on sexual misconduct then the golf game would never have happened and Baines should step down.

“The fact he hasn’t stepped down makes me question his leadership,” she said. “The fact Eyre hasn’t said at this moment it’s more important than ever to signal to service members we take this seriously and he should have asked him to step down.”

Some experts have argued that the sexual misconduct crisis is turning into a national security problem due to a drop in recruitment and loss of staff. The military has already seen the resignation of Lt.-Col. Eleanor Taylor — a highly decorated combat officer who served as a company commander in Afghanistan and as a senior staff officer with special forces. Eyre has said the military is currently facing an “existential” crisis.

MacKenzie said it’s unrealistic to expect that addressing a systemic problem and widespread culture of sexual assault won’t involve losing a lot of senior staff. She said it’s not counter to national security to ensure top leaders are not former perpetrators.

“What about the security of service members dealing with sexual harassment every day?” MacKenzie said.

The government has tasked former Supreme Court justice Louise Arbour with leading an external review of sexual harassment and misconduct in the military. The Department of National Defence also created a new position of chief of conduct and professionalism, now held by Lt.-Gen. Jennie Carignan.