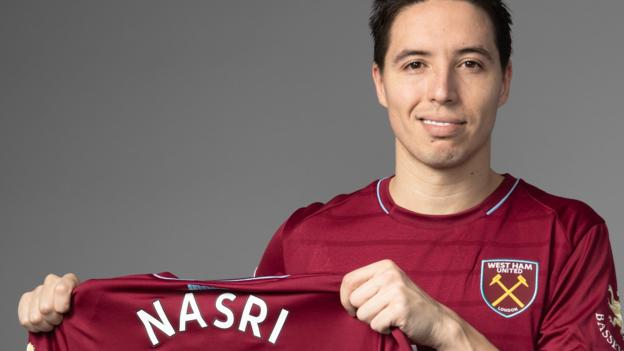 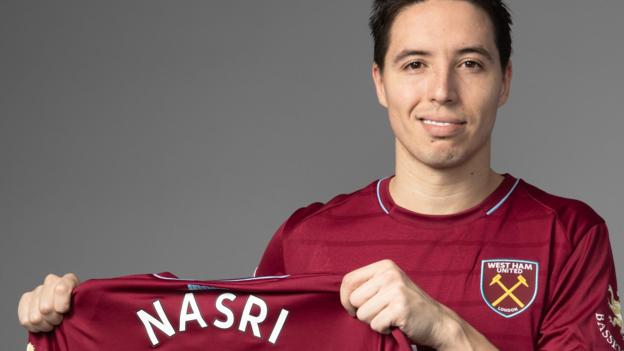 West Ham have signed former Arsenal and Manchester City midfielder Samir Nasri – on the day he completes a doping ban.

The 31-year-old Frenchman has been without a club since 31 January, after leaving Turkish club Antalyaspor.

Nasri, who has signed a deal until the end of the season, served an 18-month doping ban for using an intravenous drip treatment but is available to play again from 1 January.

He won two Premier League titles and the League Cup in six years with City.

“Coming back to the most competitive league in the world, with a team full of ambition with a manager that I know…. it’s the best job in the world, and I’m really excited about it,” said Nasri.

There he played under Hammers boss Manuel Pellegrini but fell out of favour following the arrival of Pep Guardiola and spent a loan spell with Sevilla.

Pellegrini told the Hammers’ website: “I am happy to be working with him again.

“He has been working very hard in recent weeks to build up his fitness and condition after a long period without playing, and he is now very determined to return to his best.”

It was alleged that in 2016, while on loan to Sevilla, he received 500 millilitres of hydration in the form of sterile water containing micronutrient components, which exceeds the permissible limit.

In February 2017, a request by Sevilla for a retroactive therapeutic use exemption (TUE) for Nasri was refused by Uefa.

West Ham have the option to extend Nasri’s contract by a year.