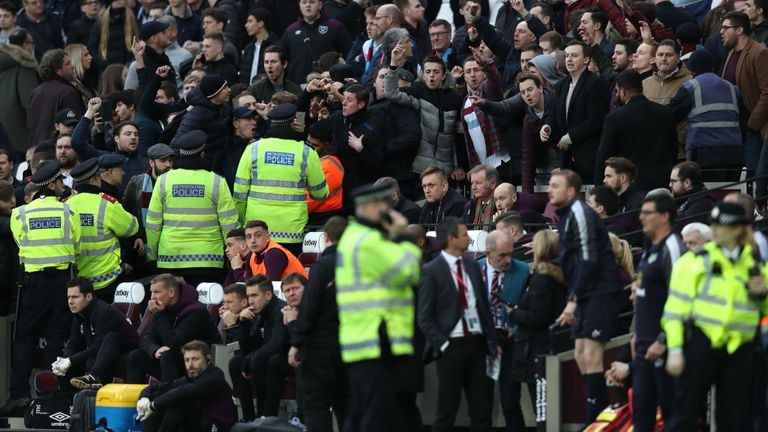 West Ham are demanding changes to the running of the London Stadium in an emergency meeting.

The club are meeting the London Legacy Development Corporation (LLDC), the stadium’s landlords, the ground’s operators and Newham Council.

Supporters invaded the pitch on several occasions during their 3-0 defeat against Burnley on 10 March, while a large group of other fans congregated beneath the directors’ box to protest against the club’s board.

It forced the club’s owners David Gold and David Sullivan to leave the directors’ box.

West Ham have confirmed they will hand lifetime bans to those fans who invaded the pitch and threw missiles.

We understand the Premier League club’s primary concern remains the safety of fans.

West Ham are taking the LLDC to the High Court over the number of fans they will allow into the London Stadium for matches.

West Ham also want more control over branding as they feel the lack of branding within the stadium means fans don’t think it’s their home.