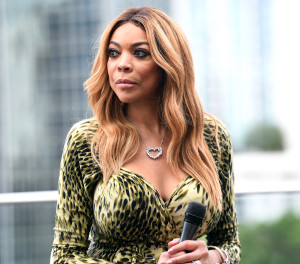 Wendy Williams was reportedly hospitalized on Monday, March 25, after she relapsed and was found intoxicated by her team hours after she checked herself out of her sober living facility.

According to the DailyMail, the talk show host, 54, was immediately taken to a local hospital where she was given an IV bag that contained vitamins and minerals. The fluids are used to clear out a person’s system and assist in sobering him or her up. Williams returned to her show on Tuesday, March 26, and the New York Post‘s Page Six reports that she has checked back into the sober living facility.

Williams’ hospitalization came hours after her husband of more than 20 years, Kevin Hunter, and his alleged mistress, Sharina Hudson, reportedly welcomed a baby. Entertainment Tonight and DailyMail reported earlier this month that Hunter, 46, was having an affair with the 33-year-old, but he has yet to publicly confirm the infidelity or if he is the father of Hudson’s child. 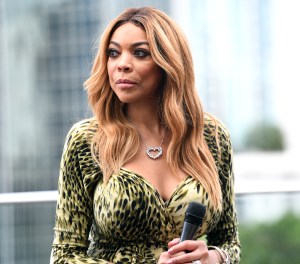 Williams was spotted leaving the sober living facility in New York on Monday morning without her wedding ring amid the news, however, the bling was put back on for the taping of her show that same day.

The Ask Wendy author revealed on the March 19 episode of her morning talk show that she had been staying in a sober living facility while she battles her addiction.

“You know me for being a very open and truthful person and I’ve got more to the story for you. You know [my husband] Kevin [Hunter] and I have The Hunter Foundation for the good of the people. We recently launched our 888-5 HUNTER number for those of you caught up in the struggle of addiction. Well, for some time now, and even today and beyond, I have been living in a sober house,” Williams said through tears. “When you see me come to work glammed up, right after the show I go across the street, I do my Pilates. I told you – two hours a day or [so], to take care of my body.”

She continued: “You know I’ve had a struggle with cocaine in my past. I never went to a place to get the treatment. I don’t know how, except God was sitting on my shoulder and I just stopped.”