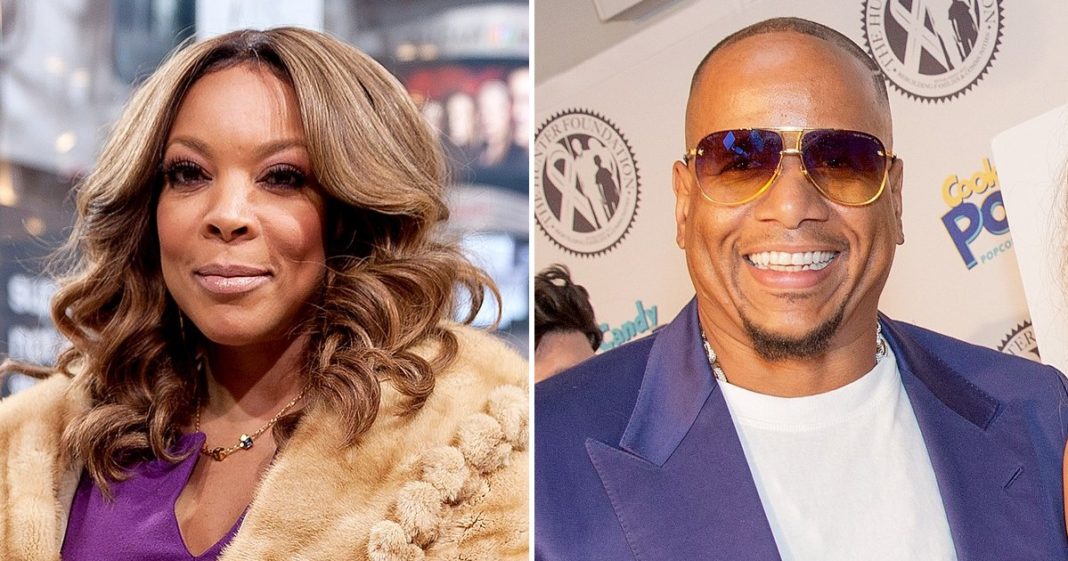 While a source tells Us Weekly that the syndicated talk show has been operating “business as usual” ever since the 54-year-old host served divorce papers to the producer backstage on Wednesday, April 10, Hunter’s exit is “inevitable.”

“He has been on set since Wendy filed for divorce, [but] staffers have expressed concern about their safety and Wendy’s safety and do not want to work with him,” the source tells Us. “Wendy is doing so well and has the full support of her staff … They don’t want Kevin to undo the progress she has made.”

The source adds that Hunter’s “employment at the show no longer makes sense,” noting his presence is “a distraction and security concern.”

“Producers are working to help resolve this issue,” the source explains. The 46-year-old has been an executive producer of the show since in 2011.

Williams and Hunter split after nearly 22 years of marriage earlier this month amid reports that he was seeing a woman named Sharina Hudson, who recently gave birth to a daughter. Hunter addressed the divorce for the first time in a statement to Us on Tuesday, April 16.

“28 years ago I met an amazing woman: Wendy Williams. At the time, I didn’t realize that she would not only become my wife, but would also change the face of entertainment and the world,” the statement read. “I have dedicated most of our lives to the business empire that is Wendy Williams Hunter, a person that I truly love and respect unconditionally.”

Hunter then admitted that he is “not proud” of his “recent actions,” but did not address speculation that he is the father of Hudson’s newborn. (Us obtained exclusive photos of Hunter carrying groceries into the massage therapist’s New Jersey home days before the split news broke.)

“[I] take full accountability and apologize to my wife, my family and her amazing fans. I am going through a time of self-reflection and am trying to right some wrongs,” he said. “No matter what the outcome is or what the future holds, we are still The Hunter Family and I will continue to work with and fully support my wife in this business and through any and all obstacles she may face living her new life of sobriety, while I also work on mine. I ask that you please give me and my family privacy as we heal. Thank you.”

Another insider previously told Us that the Wendy Williams Show staff is “relieved” by their boss’ divorce.

“It’s like a weight lifted off everyone’s shoulders,” the insider said. “Kevin’s toxicity was dragging everyone down. … While the future is somewhat unclear, what is clear is that Wendy has a huge support system comprised of her staff, industry colleagues and family.”