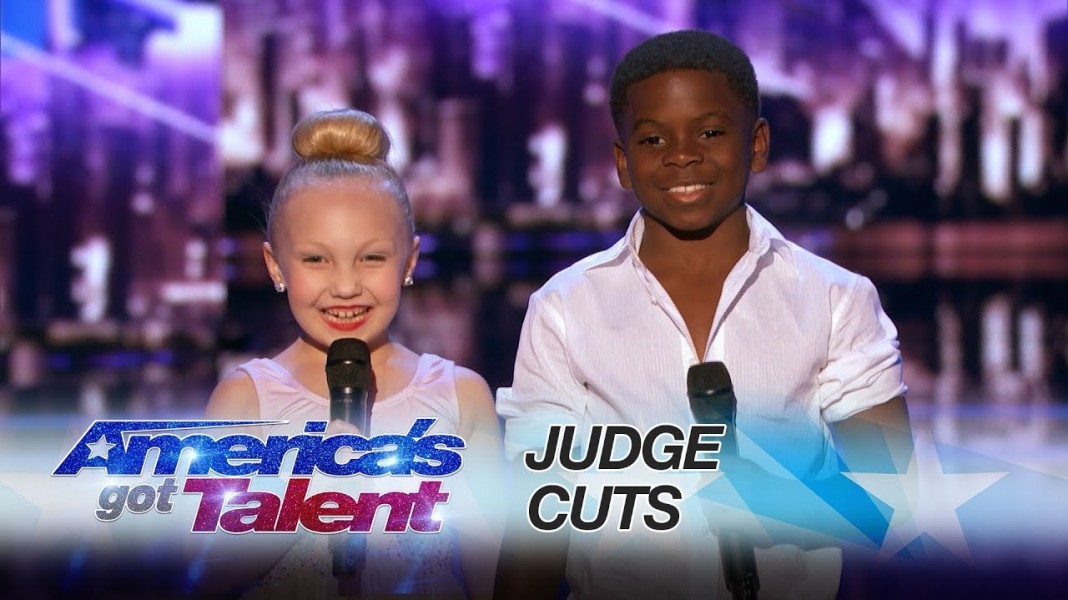 Forget about the singers, magicians and other talented acts on America’s Got Talent. We just fell in love with a young dancing duo.

On Tuesday night’s all-new episode, viewers were reintroduced to Artyon and Paige who are eight and nine years old.

In tonight’s performance, the duo decided to channel their inner Patrick Swayze and Jennifer Grey with a rendition of “Time of My Life” from the Dirty Dancing movie.

Despite being in elementary school, this duo completely wowed the audience and judges with their moves and famous lift. And spoiler alert: They totally made it through to the next round.

If their routine wasn’t enough to make you a fan, the pair also shares a special story that viewers can’t get enough of.

After meeting in dance class a year and a half ago, Artyon and Paige have become BFFs and even hope to marry each other when they get older.

“We’ve already started planning our wedding. We want it in Hawaii in a palace or by the beach,” Paige explained to the cameras. “I want my ring to be a diamond ring. I want a long, sparkly dress. And I want, like, really high heels with diamonds on it.”

As for Artyon, he’s a little concerned about the price tag for such an elaborate celebration that must also include a dog fashion show.

“So that’s why we just need to win the million dollars from America’s Got Talent,” Paige explained. Brilliant!

After a brief deliberation from the judges, this duo made it through to the next round. In other words, that big no vote from Simon Cowell after their initial audition is easily forgiven.

America’s Got Talent airs Tuesday nights at 8 p.m. on NBC.