WATCH: U21 best goals so far 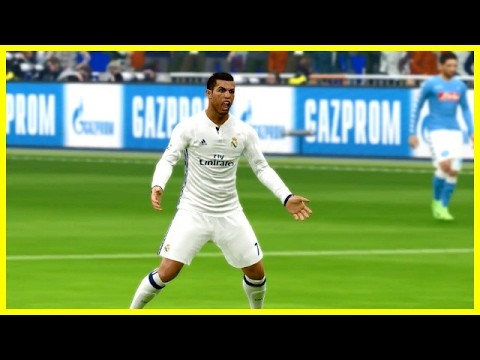 Watch a selection of the best goals from the group stages of the Uefa Under 21 Championship in Poland.

The European U21 Championships have reached the semi-final stage and Spain, England, Italy and Germany are just a game away from Friday’s final in Krakow.

The latest crop of European talent haven’t failed to disappoint, serving up a feast of football on Sky Sports and the occasional wonder-strike.

Here, to whet your appetite ahead of the knockout phase, we look back at some of the best goals from an action-packed group stage in Poland.

The Real Madrid sensation sealed his hat-trick in Spain’s opening game with a slick run and finish in Gdynia. 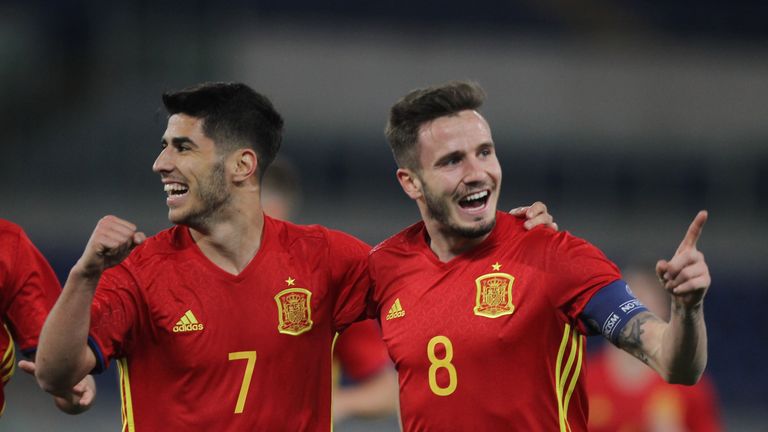 Marco Asensio (left) has shone for Spain U21s in Poland

Bruma’s produced the stand-out moment for Portugal in their defeat to Spain, lashing home a sublime 25-yard volley.

Selke set Germany on their way to victory with a stunning first-time effort which whistled past Danish stopper Jeppe Hojbjerg. 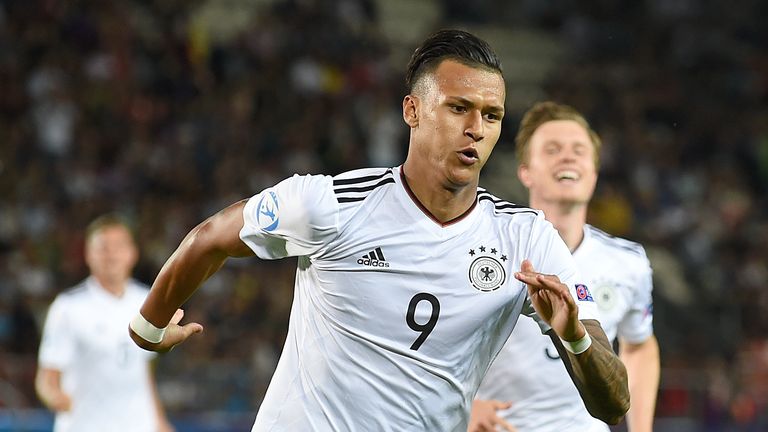 Asensio set Spain on their way to a comprehensive 5-0 victory over Macedonia with a superbly taken opener – the first of his three goals.

Lorenzo Pellegrini scored a stunning overhead kick as Italy kicked off the tournament with victory over Denmark. 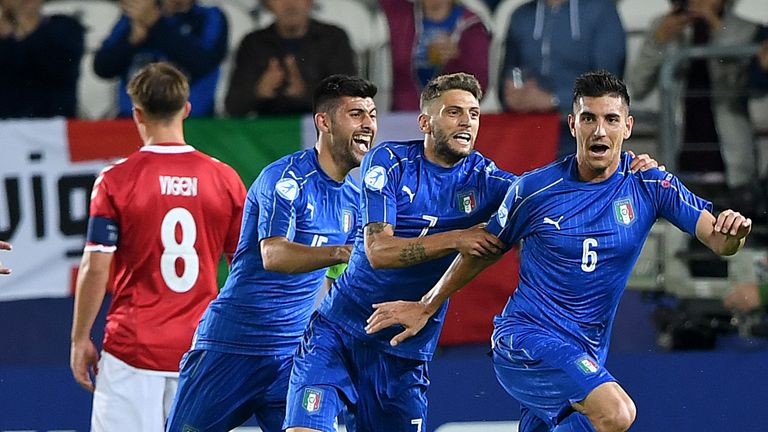 Lorenzo Pellegrini (right) celebrates his overhead kick against the Danes

Gjorgjev came off the bench to give Macedonia the lead against Serbia with a looping long-range effort.

Bruma rekindle his goal-scoring touch with a brace against Macedonia. Centre-back Luftner staked a substantial claim to goal of the tournament with a sumptuous long-range strike against Italy.