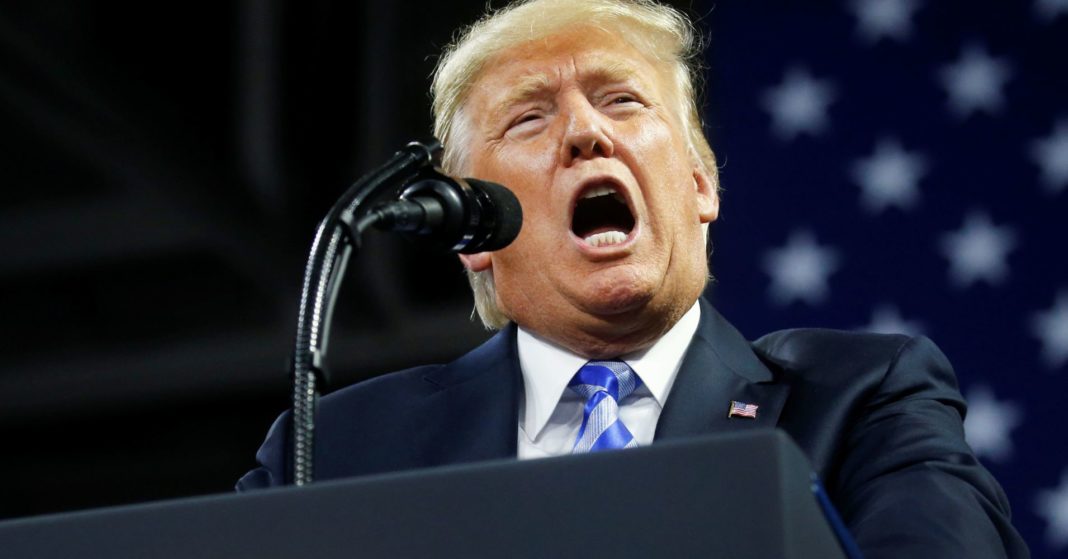 [The stream is slated to start at 5 p.m. ET. Please refresh the page if you do not see a player above at that time.]

President Donald Trump is scheduled to host a National Hispanic Heritage Month celebration at the White House on Monday.

Trump is expected to offer praise for Hispanic and Latino Americans’ cultural contributions — a more amicable tone amid a widening rift between himself and leading Hispanic lawmakers.

Days earlier, Congressional Hispanic Caucus Chairwoman Rep. Michelle Lujan Grisham rejected Trump’s invitation to the Hispanic Heritage Month event, saying in a letter to the president that “your administration’s policies, actions, and rhetoric betray the values upon which it was founded.”

Trump has also clashed with Puerto Rican government officials over the most recent death toll from the hurricanes that ravaged the U.S. island territory last year.

San Juan Mayor Carmen Yulin-Cruz ripped Trump for suggesting that the death count had been inflated by Democrats to make him “look as bad as possible.”

“Simpy put: delusional, paranoid, and unhinged from any sense of reality,” Yulin Cruz said in a tweet.