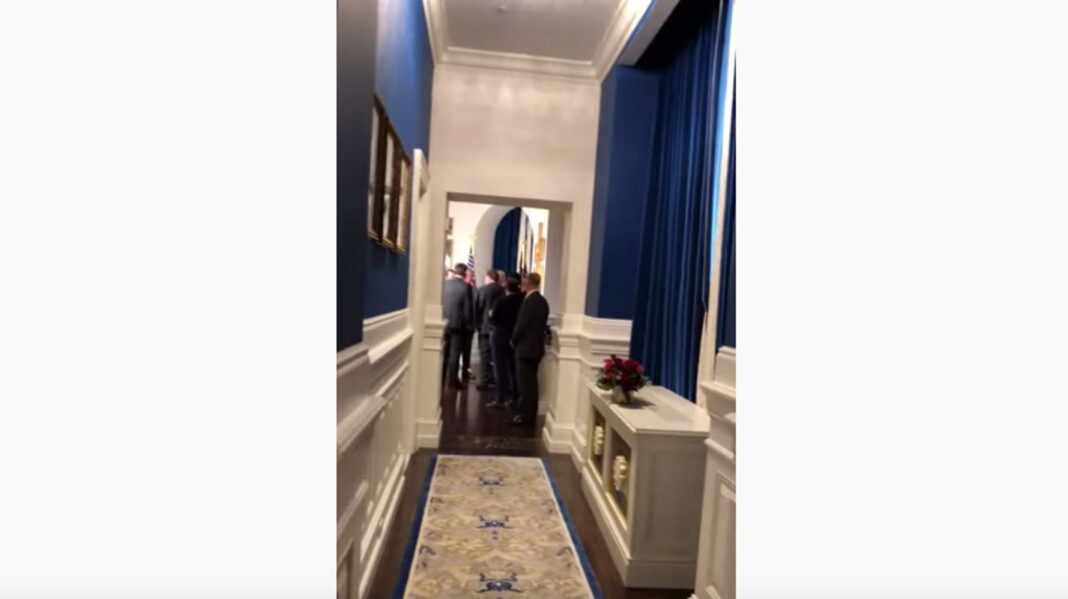 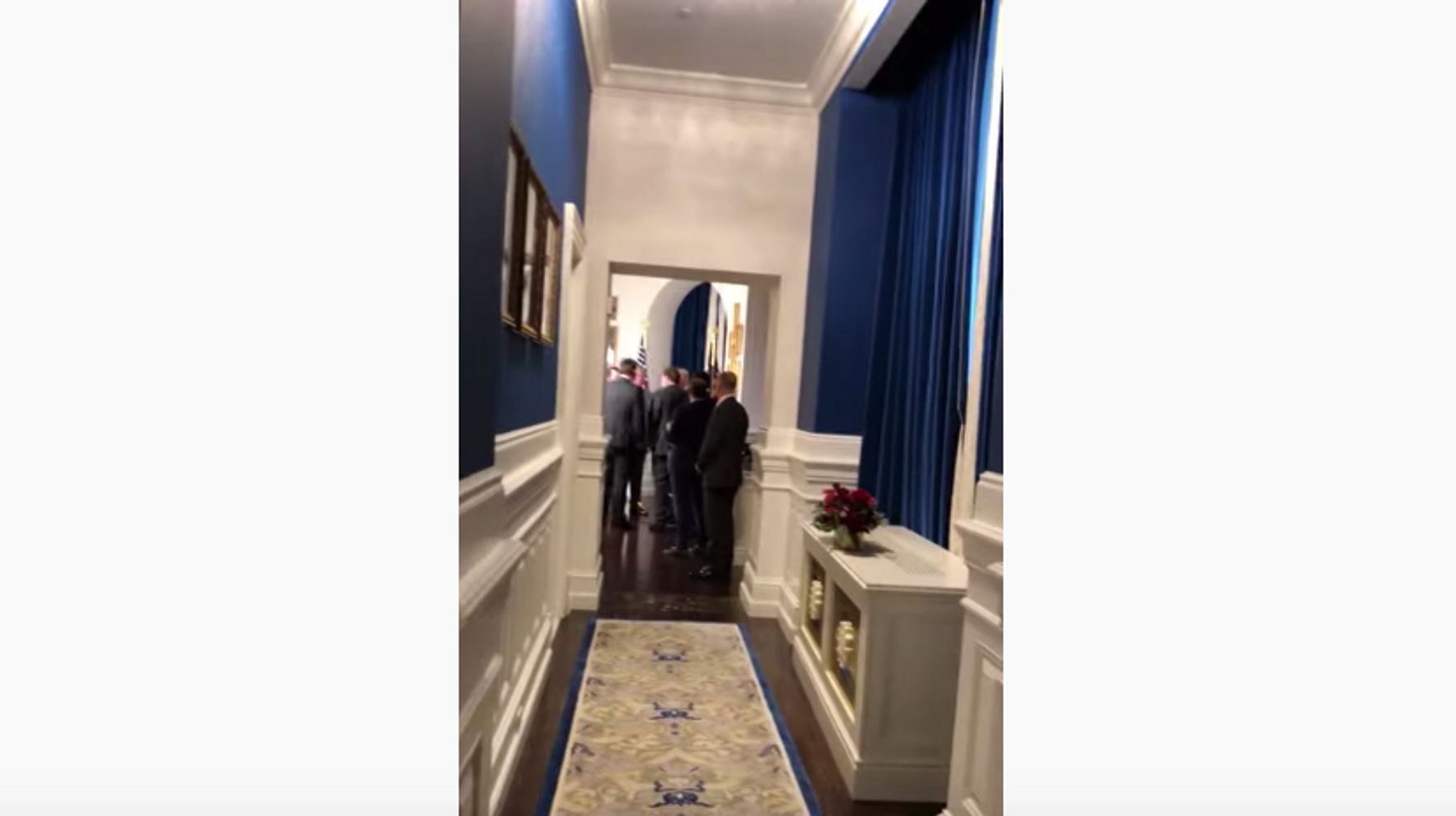 A full, 80-minute video of President Donald Trump calling for the ambassador of Ukraine to be booted out of her post was released by PBS News on Saturday.

A portion of the recording shows Trump in a frame of the video, which was filmed at a private dinner on April 30, 2018, PBS reported. The recording also picked up Trump telling his associates to “get rid” of then-Ambassador Marie Yovanovitch, adding that they needed to “take her out.”

Lev Parnas, an indicted associate of Trump’s personal attorney Rudy Giuliani, was at the dinner when Trump made these claims and a voice that appears to be his can be heard during the recording.

“The biggest problem there, I think where we need to start is we got to get rid of the ambassador,” Parnas can be heard saying in the video, adding that Yovanovitch is “telling everybody” Trump is going to get impeached.

Trump has insisted multiple times that he doesn’t know who Parnas is, though Parnas’ attorney Joseph Bondy has published videos and images of Parnas with Trump and his family members on Twitter.

The release of the video recording confirms that Trump indeed called for Yovanovitch’s ouster, as suggested by reports from ABC News and MSNBC’s Rachel Maddow on Friday.

It also sheds more light on Trump’s efforts to attack Yovanovitch and push her out of her post. While sitting presidents have the privilege to appoint and fire U.S. ambassadors, Yovanovitch testified to Congress last year that she felt threatened by the president and was a target of an unprecedented smear campaign against her reputation by the administration.

She was eventually recalled from her ambassadorship in May 2019, a year after the video published on Saturday was recorded.

About 39 minutes into the footage, Trump also expresses surprise that Ukraine produces oil, and wonders how long Ukraine would last in a war with Russia.

“Ukraine has oil,” he says. “Ukraine? How come ― they don’t have any money? Why aren’t companies going in, too risky?”

Others respond that Ukraine is protected because other countries know it has support from the U.S., which Trump answers by complaining about European countries’ lack of support for Ukraine, echoing statements he’s made in public.

“It’s always us that has to support everybody,” Trump says. “And then you wonder, why isn’t Germany supporting? Why aren’t others?”

Trump then asks how long would Ukraine “last in a fight with Russia?”

A voice replies, “without us, not very long.”

On Friday night, Bondy told Maddow that Parnas was the one who replied to that question from Trump.

Striking moment in the tape.

President Trump asks how long Ukraine would last in its war w/Russia.

Then, in 2019, the president orders the withholding of all US military aid to Ukraine. https://t.co/HdPPEzf0Hz

In the footage, Trump also spoke at length about beating Hilary Clinton in the 2016 presidential race, then said he would have had an even easier time beating President Barack Obama in his 2012 race.

Igor Fruman, another associate of Giuliani’s, filmed the recording, according to PBS News. In October, Fruman was indicted along with Parnas on campaign finance charges for allegedly making straw donations and funneling foreign money into Trump’s presidential campaign.