Watch Padma Lakshmi Try on Dresses for the 2017 Emmys 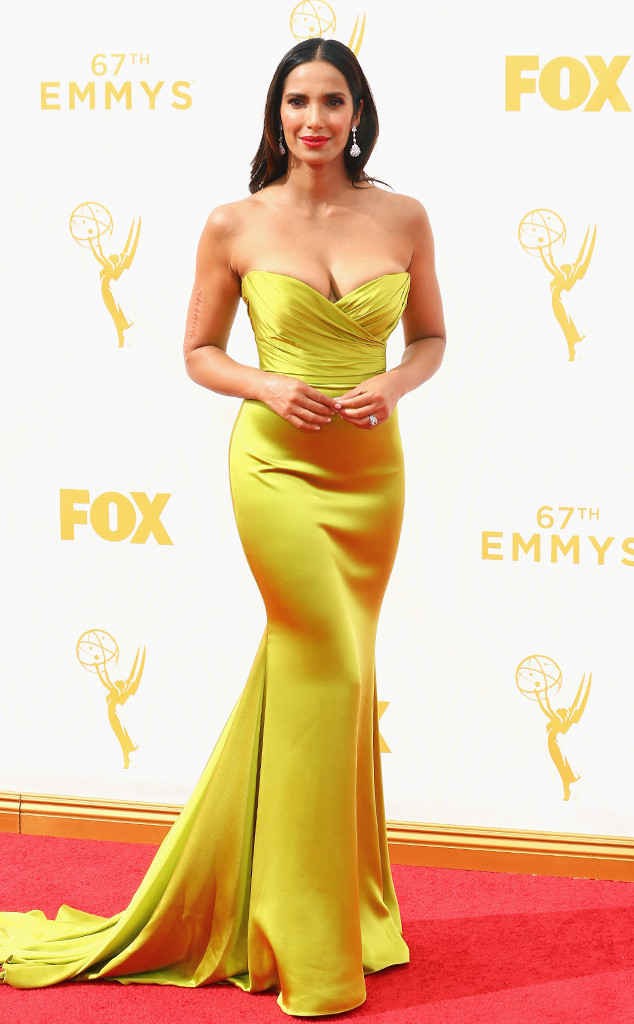 Stephen Colbert will host the award show this Sunday, Sept. 17 on CBS, but before the show starts, celebs have to decide what they’re going to wear. E! News caught up with Top Chef host Padma Lakshmi to see how she decides on the perfect red carpet outfit with her stylist, Adam Ballheim.

Top Chef is nominated for Outstanding Reality-Competition Program, so perhaps Padma will go back to the same color she rocked the first time she won an Emmy as a good luck charm!

“The year I won I had on a navy blue Carolina Herrera, and it was so beautiful,” she recalled. “I remember running down to the stage in this big ball of chiffon and hair and I tore my dress.”

On to the dress fitting, Padma shared her take on a multitude of ensembles ranging from white satin to green strapless styles. “It looks good from this side, but there’s a little Cinderella action from back here,” she told us. Moving on!

In between Padma’s try-on sesh, she also shared what goes into her diet and fitness routine prior to the big evening. “It’s cutting out fried foods,” Lakshmi explained, in addition to working out two hours each day.

To find out which Emmys contender is Padma’s favorite (and who she’s bringing as a date), watch the video above!