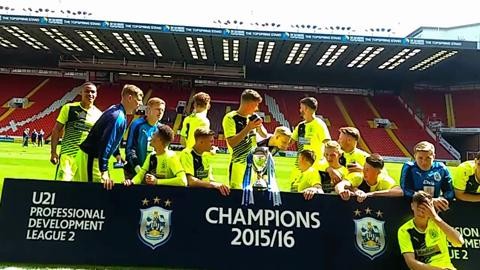 See how Huddersfield Town celebrated their promotion to the Premier League

Thousands of fans packed into St George’s Square in Huddersfield to welcome their team after they gained promotion to the Premier League.

The promotion parade left the John Smith’s Stadium early on Tuesday evening and headed for St George’s Square, where the team arrived on-stage, to be greeted by a jubilant throng.

And the players were presented with the Championship play-off trophy, which was won on Sunday after a tense duel with Reading at Wembley.

The match finished 0-0 after extra-time and the Terriers then fell behind in the penalty shoot-out.

However, a pair of Reading misses tipped the balance and Chris Schindler stepped up to put away the penalty which put Huddersfield into the top flight for the first time since 1972. 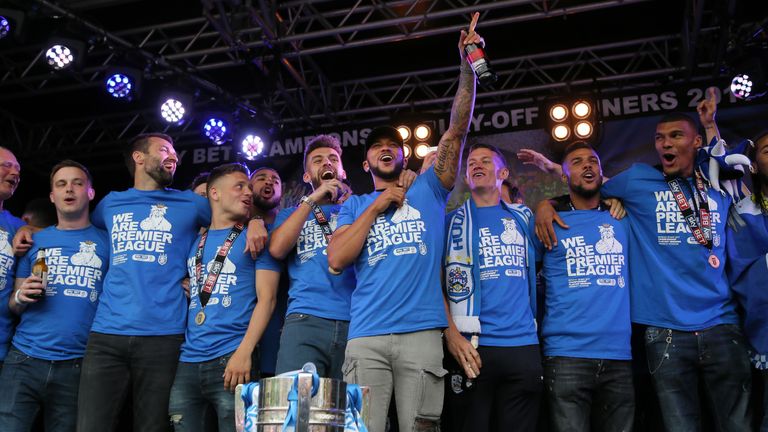 Manager David Wagner and chairman Dean Hoyle were also present at the parade.

Wagner told Sky Sports News HQ: “It feels like less than 24 hours (since the play-off final).

“A lot of celebration, less sleep, a little bit of alcohol, and now the party is marching on.”

Click on the video link to watch that party in full swing!