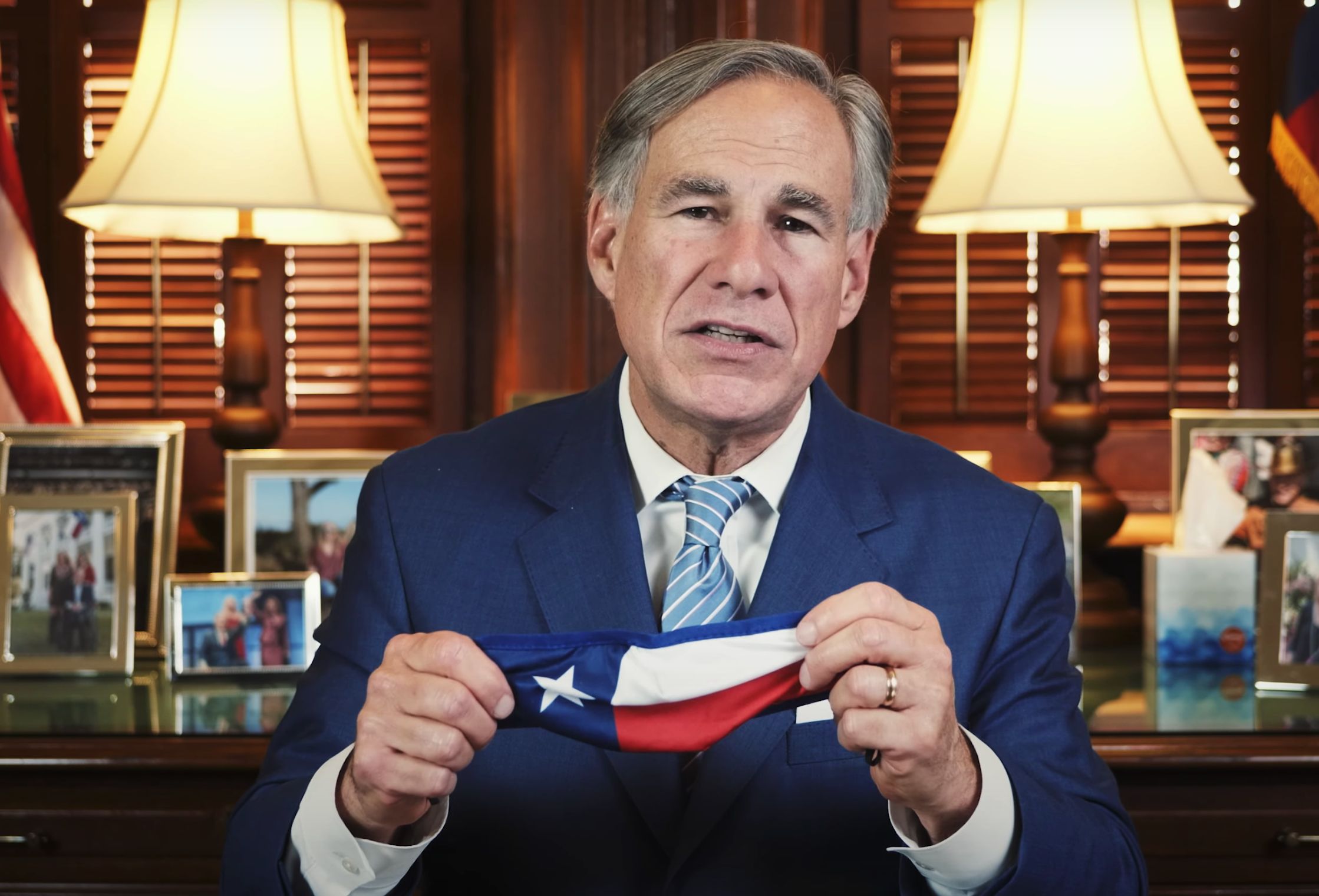 The Washington Post editorial board joined the growing chorus of criticism of Texas Gov. Greg Abbott (R) on Tuesday after he announced the end of the state’s mask mandate and the relaxation of other restrictions aimed at slowing the spread of the coronavirus.

In a scathing editorial, the newspaper described the decision ― which comes as daily new infections plateau ― as “premature and reckless.”

Abbott was “gambling with the health of his state and beyond,” it said.

“The governor’s decision may cheer those feeling rebellious, fatigued and impatient with the year-long pandemic restrictions,” wrote the editorial board. “But the result of opening too soon will be viral spread, and more suffering.”

“The winter holidays and the third surge were awful,” it concluded. “A fourth surge — which could spread beyond Texas — is the last thing the country needs just as vaccines are being rolled out. Mr. Abbott is throwing a match on kindling.”

Fears over Texas’ relaxation of COVID-19 restrictions were echoed by White House senior adviser Andy Slavitt, who described it to MSNBC’s Ari Melber on Tuesday as “a mistake.”

“This is his ‘Mission Accomplished’ moment and it is not a good one,” Reiner told CNN’s Erin Burnett. “We’ve seen this movie and doesn’t turn out well.”

“We’ve seen this movie and it doesn’t turn out well.” https://t.co/i4Kqf6wUGL pic.twitter.com/qMErJmqOkW

Austin Mayor Steve Adler (D) suggested Abbott’s decision was not based on data or science:

“We should be guided by the science and the data.”

Austin Mayor Steve Adler rebukes Texas Gov. Greg Abbot’s decision to end the mask mandate, says people in Austin and Dallas are “dumbfounded,” adding the decision is not based on data and science: “Its based on something else.” pic.twitter.com/4CbSWzNNjp

A death warrant for Texans.

Add them to the 44,000+ killed as he failed to confront the pandemic & botched the vaccine rollout.

And those who froze to death because he cares more about energy companies’ profits than keeping Texans alive.

Abbott is killing the people of Texas. https://t.co/2idUcqSjJT

A HuffPost Guide To Coronavirus

2023: Why Tinubu did not become Buhari’s vice-president – VON Director-General, Okechukwu