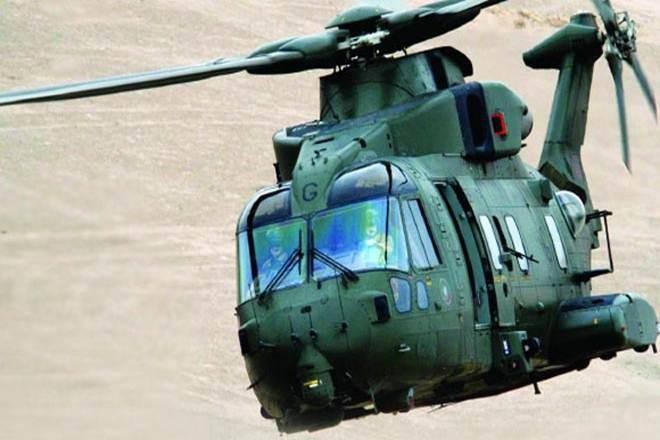 The Enforcement Directorate on Wednesday got three more days from a Delhi court to interrogate a woman director of two Dubai-based firms, in connection with its probe in the Rs 3,600-crore VVIP chopper money laundering case. Special judge Arvind Kumar extended the custody of Shivani Saxena, a director of Ms UHY Saxena and M/s Matrix Holdings, both located in Dubai, after she was produced from her earlier ED custody. The ED had sought her custody for five days, alleging that she was required to be confronted with various incriminating documents to ascertain the proceeds of the crime and the money trail.

It also told the court that due to her poor health, the probe during her custody period moved at a slow pace.

Her advocate, however, opposed the plea citing her health condition.

The court will also hear arguments on Saxena’s bail plea on July 29, the next day of hearing.

The ED had arrested Saxena on July 17 from Chennai in Tamil Nadu.

The agency had said she was arrested under the provisions of the Prevention of Money Laundering Act (PMLA).

Saxena and her husband Rajiv are residents of Palm Jumeirah in Dubai, an archipelago which is home to the most expensive properties in the United Arab Emirates (UAE).

The ED alleged that the two Dubai-based firms Saxena was involved with are those “through which the proceeds of crime have been routed and further layered and integrated in buying the immovable properties/shares among others” in this case.

The agency had said that its probe found that AgustaWestland, United Kingdom “paid an amount of Euro 58 million as kickbacks” through two Tunisia-based firms.

“These companies further siphoned off the said money in the name of consultancy contracts to Ms Interstellar Technologies Limited, Mauritius and others which were further transferred to Ms UHY Saxena and Ms Matrix Holdings Ltd, Dubai and others,” it had said.

The ED had also claimed that Saxena’s husband Rajiv is the “beneficial owner of Ms Interstellar Technologies Limited, Mauritius”.

It alleged that both the Dubai companies of the couple “received the proceeds of crime in their respective Dubai bank accounts” from the Mauritius-based firm.

The ED, in this case, had also arrested Delhi-based businessman Gautam Khaitan last year and he is out on bail at present.

The probe in the deal had gathered pace after a Milan (Italy) court sometime back sentenced Italian defence and aerospace major Finmeccanica’s former chief Giuseppe Orsi and AgustaWestland CEO Bruno Spagnolini on corruption charges in the sale of these helicopters to India.

Post this, the ED and the CBI began a fresh round of questioning of the accused in this case and collection of further evidences.

The ED had registered a PMLA case in 2014 and had named 21 people, including Tyagi, in its money laundering FIR.

On January 1, 2014, India scrapped the contract with Finmeccanica’s British subsidiary AgustaWestland for supplying 12 AW-101 VVIP choppers to the IAF over alleged breach of contractual obligations and charges of kickbacks to the tune of Rs 423 crore paid by the firm for securing the deal.