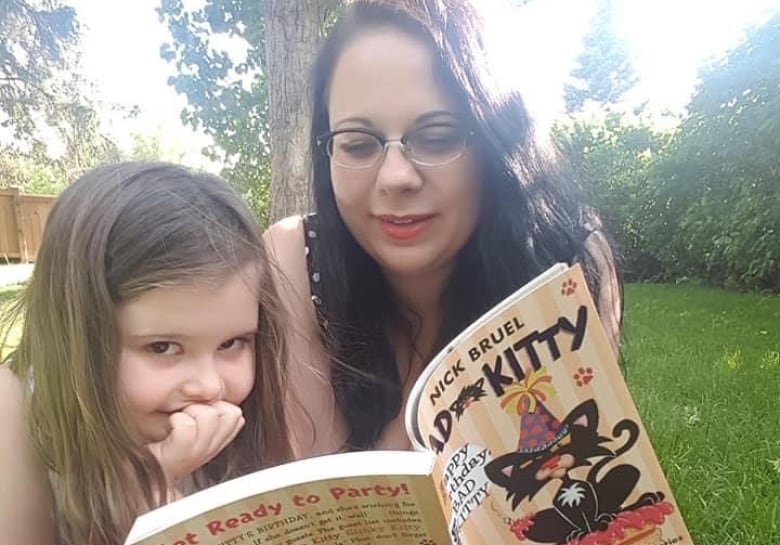 Some Canadian parents might have looked longingly at neighbouring provinces getting the option of distance learning this school year, but getting virtual schools off the ground has proven to be a tricky undertaking.

With many parents feeling left in the dark, postponements, enrolment lists in flux, technical hiccups and teachers still being hired or reassigned as classes begin, heading back to school online this fall has gotten off to a bumpy start during the COVID-19 pandemic.

“There’s a lot of unanswered questions, a lot of ‘I don’t know’ and ‘We’ll figure it out as we go.’ I’m a planner, so that kind of stuff makes me very anxious,” said Ashley St John, a Toronto mother of a blended family of five children between two months and 12 years old.

Because St John is currently on maternity leave, she said she feels lucky to be able to choose online learning for her school-aged children — a decision made because two members of her multigenerational household are immunocompromised.

But school-related emails being sent to an outdated address and no followup phone calls forced her to rush around to confirm that her kids had indeed been enrolled in virtual school this fall.

“I have zero faith that they’re organized…. The feeling I get is that they don’t have a plan, they’re not prepared,” she said.

Ashley St John speaks to Dianne Buckner about the postponement and what this means for her blended family.  6:58

Parents in Calgary are also decrying a lack of key information and details about the Calgary Board of Education’s Hub online learning program, which was slated to begin as early as Monday.

“We just don’t have any information as to what time we need to be home and in front of our computers to be able to let the kids connect with their teachers,” said Tamara Rose, who is working from home full time because of multiple autoimmune diseases.

Rose said she feels frustrated: She wants to be able to schedule her video meetings for work apart from the time her daughter, Scarlett — who had expected to start Grade 2 virtually this past Monday morning — will need the computer for school. She also needs to juggle the times her seven-year-old will join her grandfather outdoors for some physical activity, like hiking.

“We’re kind of all just in the dark right now,” she said.

Though some parents have received emails identifying their children’s Hub teachers, what school supplies will be needed and details of their kids’ virtual school day, others — like Rose — are still waiting.

“Some moms are sitting there hitting refresh [on their email] all day,” she said.

Creating virtual classes for so many students — and then staffing and supporting them accordingly — has been “a monumental task,” Toronto District School Board chair Alexander Brown said Tuesday morning, a day after Canada’s largest school district announced it was once again delaying the start of its virtual option.

The TDSB has begun a staggered entry for in-class learning this week, but its virtual school will now start on Sept. 22, with the latest postponement due to a large influx of families — about 72,000 students from the board’s roughly 250,000 total enrolment — opting for online learning.

“That’s bigger than most school boards in Ontario. We’ve seen increases of over 6,000 in just the last couple of days, and we are expecting that to grow,” said Carlene Jackson, the board’s interim director of education.

“We did decide to allow parents to have choice and flexibility in terms of whether or not they wanted to send their children in person or do online learning,” she said, clarifying that Tuesday was the deadline for virtual school.

The Toronto public board isn’t alone: School boards in Peel Region, Hamilton-Wentworth and Waterloo region were among the other Ontario districts that announced delays to the start of virtual learning in recent days due to a significant last-minute uptick in sign-ups, which has required reassigning or hiring many more teachers.

“They’ve delayed the online stuff because they can’t find people to do the work.”

Getting the Calgary Board of Education’s massive virtual effort ready has taken a Herculean effort over the past weeks — from finalizing the student registrations to reallocating existing teachers and hiring new ones, said Joanne Pitman, the board’s superintendent of school improvement.

She said that earlier communication from the board — which included a link to some independent assignments to familiarize students with online learning — had indicated that real-time instruction would begin sometime this week.

“We’re actually, in under two weeks, reassigning and building in over 700 teachers to be able to support the just under 20,000 students who have registered for Hub,” Pitman said.

Anticipating the complexity of a brand-new virtual offering was why Regina Public Schools chose to start its e-school program the week after beginning a staggered in-class return, said Terry Lazarou, the board’s supervisor of communications.

“We have to build infrastructure. We have to get it staffed. We have to do all of the stuff necessary to have that work successfully,” he said Tuesday. This initial week would be “very much a ‘getting to know you'” experience for elementary students, but “actual learning” for high-schoolers, he said.

“There were obviously hiccups,” Lazarou said about Monday’s inaugural day of e-school, which has about 2,000 students enrolled. A server exceeded capacity and prevented anyone from logging in for about 20 minutes before being quickly resolved, he said.

“We’re very reliant on infrastructure that everyone else in the province is also using. The internet is a lovely thing, but it’s not magical. When volume goes up or when other things happen, it’s susceptible to overuse sometimes.”

Moving forward, Regina Public Schools is focused on improving its offering, Lazarou said. Key will be ensuring that technological systems stay “robust enough to be able to handle the need” and that all families in e-school continue to have the equipment and internet access required to participate online. Officials are also making the necessary accommodations for students with intensive needs.

“There is a lot more work that needs to be done,” Lazarou said. “We’re flying the plane as we build it…. This is going well, but everything can go better. And we’re working on ensuring that it does go better.”

Ontario Education Minister Stephen Lecce urged patience as “tens of thousands” of students get started virtually from kindergarten to Grade 12 this school year.

Referring to the fact that even without COVID-19, class numbers typically fluctuate somewhat before settling later in September, Lecce told a daily Ontario press briefing on Monday that there will indeed be consolidation — and perhaps reorganization — of classrooms in some regions this fall.

“While we’re seeing the migration of tens of thousands [of students] … it creates operational challenges for boards,” he said. “It’s not an excuse, but it’s important context for families to understand.”