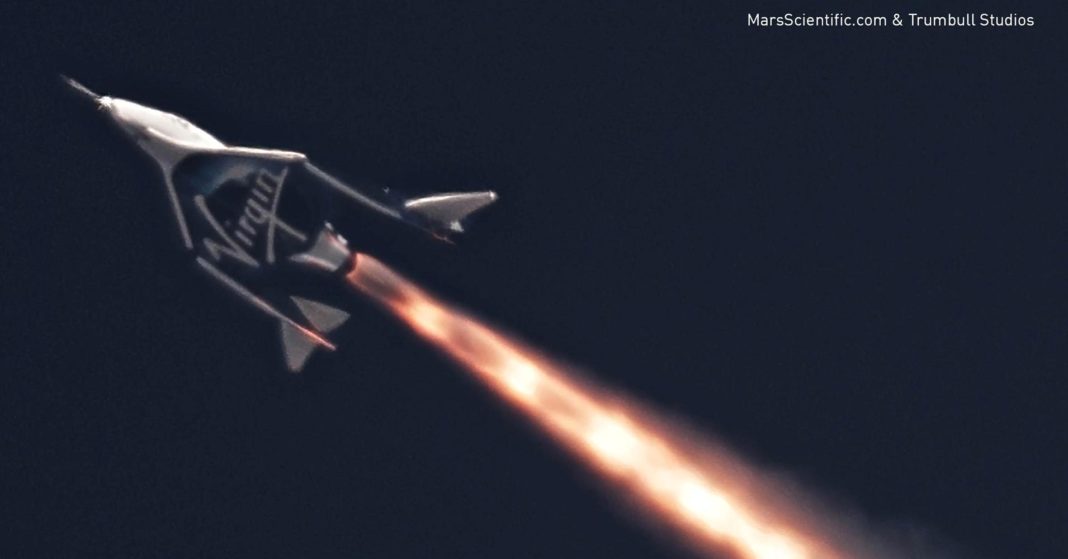 Virgin Galactic took another step on Tuesday toward beginning commercial operations with its latest test flight, only 54 days after its last launch went supersonic.

Richard Branson’s space tourism company completed the second rocket-powered flight of its Unity spacecraft — launching and landing from the Mojave Air and Space Port in the California desert. Virgin Galactic said in a tweet that the company hoped to test a critical system for commercial flights.

@VirginGalactic: Today’s flight is planned to be a partial duration rocket burn that will test a rearward center of gravity closer to the commercial configuration

Unity’s test flight comes not long after the company completed the spacecraft’s first powered flight in nearly four years on April 5. Rapid reuse is a key part of Virgin Galactic’s plan, as it has over 700 astronauts-to-be signed on to launch, with tickets priced at $250,000 per flight.

Unity was lifted into the air by the jet-powered mothership Eve. The carrier aircraft then released the spacecraft from under its wing and then Unity’s rocket motor roared the life. Piloted by a two-member crew of Mark Stucky and Dave Mackay, Unity screamed into a steep climb as the engine burned for 31 seconds, pushing Unity past the speed of sound to Mach 1.9.

This test flight bested April’s in altitude, with Unity hitting the top of its climb at 114,500 feet. The first test reached 84,271 feet at its peak.

Branson, who was not at the first flight in person, said in a blog post that “it felt extra special being there for another supersonic test.”

Branson is neck and neck with fellow billionaire Jeff Bezos in the race to begin launching tourists into space. Bezos has been pouring nearly $1 billion a year from his Amazon holdings into rocket-builder Blue Origin in the pursuit of reaching zero gravity conditions. Blue Origin is in the final stages of testing its New Shepard rocket, most recently launching its human-carrying capsule to 322,405 feet in an eighth successful flight on April 29. Blue Origin CEO Bob Smith told CNBC on April 18 that he hopes his company will be launching tourists to space on New Shepard this year.

Virgin Galactic has raised capital through private investment since its founding in 2004. Branson’s space companies recently got a boost from Saudi Arabia, which announced intentions to invest $1 billion in Virgin Galactic, The Spaceship Company and small rocket builder Virgin Orbit.