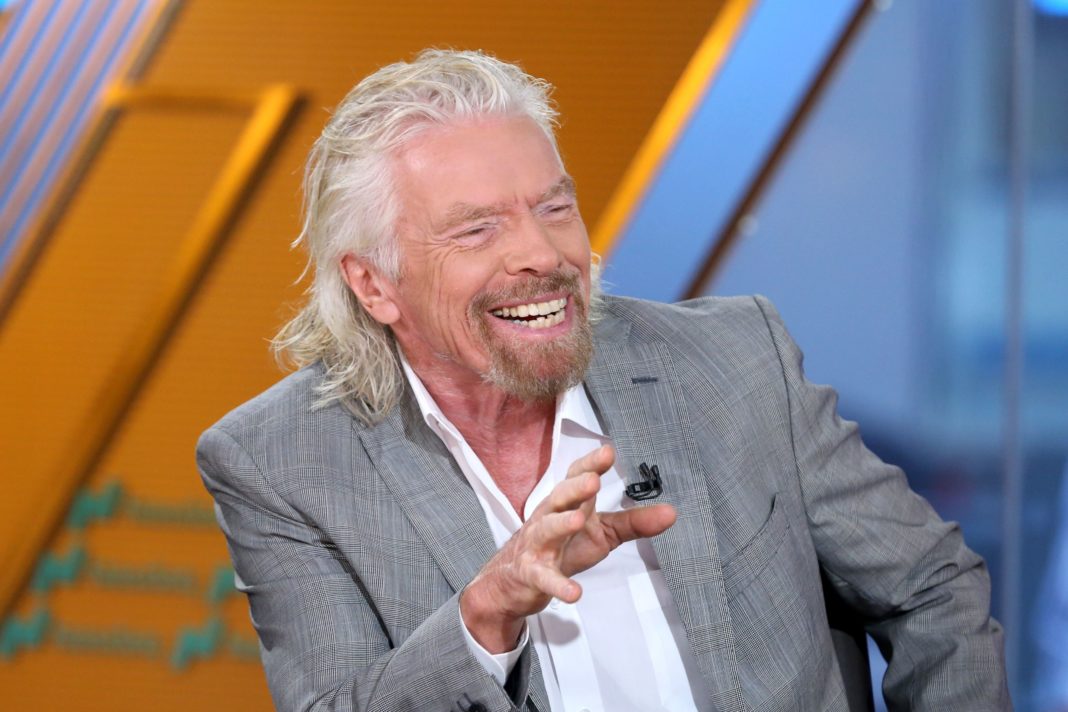 Sir Richard Branson walks around the new Virgin Galactic SpaceShipTwo at its roll out in the Mojave Desert, about a year and a half after Virgin’s last rocket plane broke into pieces and killed the test pilot.

There’s lots of excitement that tech superstar Chamath Palihapitiya’s Social Capital Hedosophia is buying a 49% stake (roughly $800 million) in Virgin Galactic to do space flights. The excitement is partly due to the investment — space —unconventional but exciting, but also due to the fact that Social Capital may be one of the more successful SPAC investments, a previously boring area that has become, along with IPOs, a hot investment vehicle.

Hard to believe, but SPACs barely existed until two years ago. Short for Special Purpose Acquisition Company, they are blank-check companies that are formed for the purpose of merging or acquiring other companies. They are usually formed by veterans in key industries, or by well-known deal makers. The pitch is fairly simple: “I am a famous person in the (oil business, tech business, deal-making business etc.) and I want to buy something. Trust me.”

That’s what Chamath Palihapitiya did back in September 2017. Here was the pitch to investors: “We intend to focus our search for a target business operating in the technology industries.”

The deal-maker typically prices the SPAC at $10, and usually has two years to make an acquisition. That’s what Social Capital did: priced 60 million shares at $10 in September, 2017. That’s a cool $600 million, but Palihapitiya did not announce what he was investing in until today.

That’s a long time to wait for an investment, but regardless: SPACs — along with IPOs — are suddenly hot investment vehicles. 28 SPACs have gone public this year, raising $6.1 billion, which at this pace will easily surpass 2018’s record of 46 SPACs, according to Renaissance Capital.

Why are SPACs suddenly so popular? It helps to have a hot stock market, and a hot IPO market, but there’s also growing interest in hiring professional expertise to make purchases on behalf of investors.

“What you’re buying is a management team with a lot of experience, which is very attractive to investors,” Carolyn Saacke, chief operating officer for capital markets at the NYSE, told me back in 2017, when the first SPACs launched on the NYSE. “They usually have a lot of M&A experience in the companies and the industries they are coming from, so there’s some faith they will be able to buy a company at a decent price.”

Another help for SPAC investors: There’s an “out clause.” The proceeds from the IPO are initially held in a trust account that can only be accessed to make the acquisitions. Once the acquisitions are made, the public stockholders can elect to have their shares redeemed for cash if they don’t want to stay in the deal.

Do SPACs make money for investors? It’s not a simple question, since the companies can do nothing for more than a year before it makes any acquisitions.

But Matt Kennedy, who analyzes IPOs and SPACs at Renaissance Capital, notes that the overall record is spotty: “On average, they don’t do that well, but there have been exceptions.”

He notes that since 2017, there have been 108 SPACs. The average return has been a measly 2%, but that includes companies that have not made acquisitions.

Of the 22 that have made acquisitions, the average return has been a decline of 13.5%.

One of the reasons for the underperformance is what Kennedy calls a “finder’s fee” that enables the founders to buy into the SPAC, essentially for nothing. In the case of Social Capital, initial shareholders got 20 percent of the company at an insider price of $0.002 cent. That’s not a typo: $0.002 cent. The public shareholders got the other 80 percent of the company for $10 a share.

That is serious dilution.

Kennedy also notes that in most cases investors are also given warrants that enable them to buy more shares at an agreed-upon price after the deal has been completed. They can also sell those warrants, which may provide additional value.

Despite the spotty record, as long as the market holds up, plenty more SPACs are coming. There’s two this week alone, including Pivotal Investment Corp II, which is planning to raise 20 million shares at $10 at the NYSE on Friday. It’s run by Jonathan Ledecky, co-owner of the New York Islanders and a well-known investor in his own right.

What is he buying? Beats me: the company intends “to focus our search on companies in North America in industries ripe for disruption from continuously evolving digital technology.”