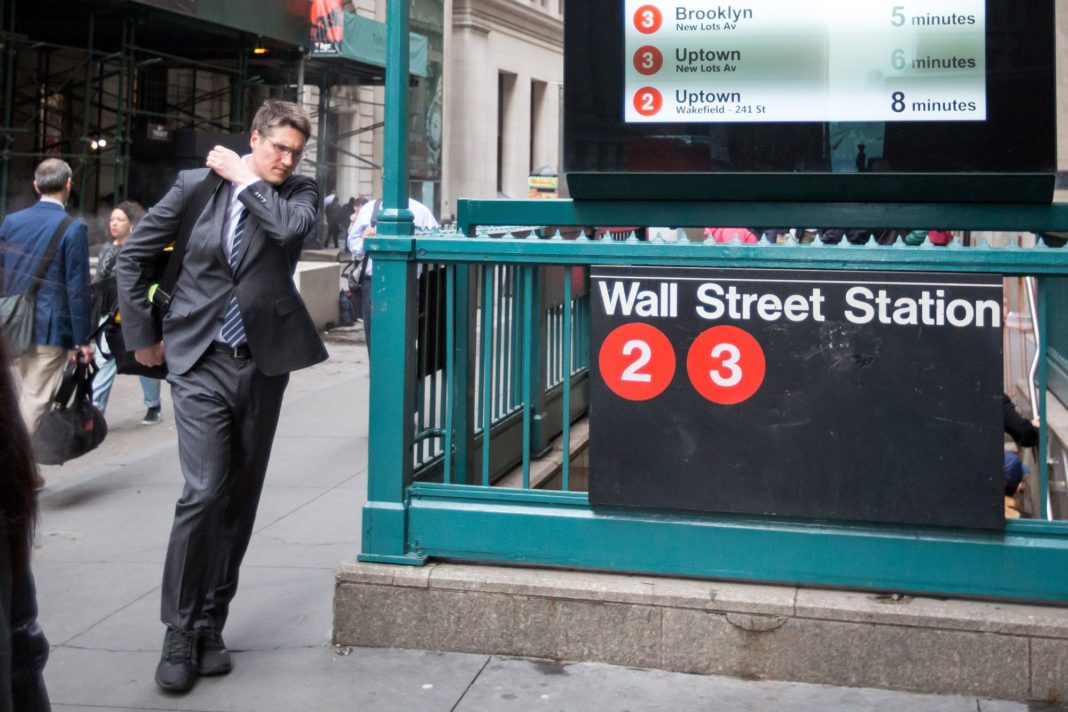 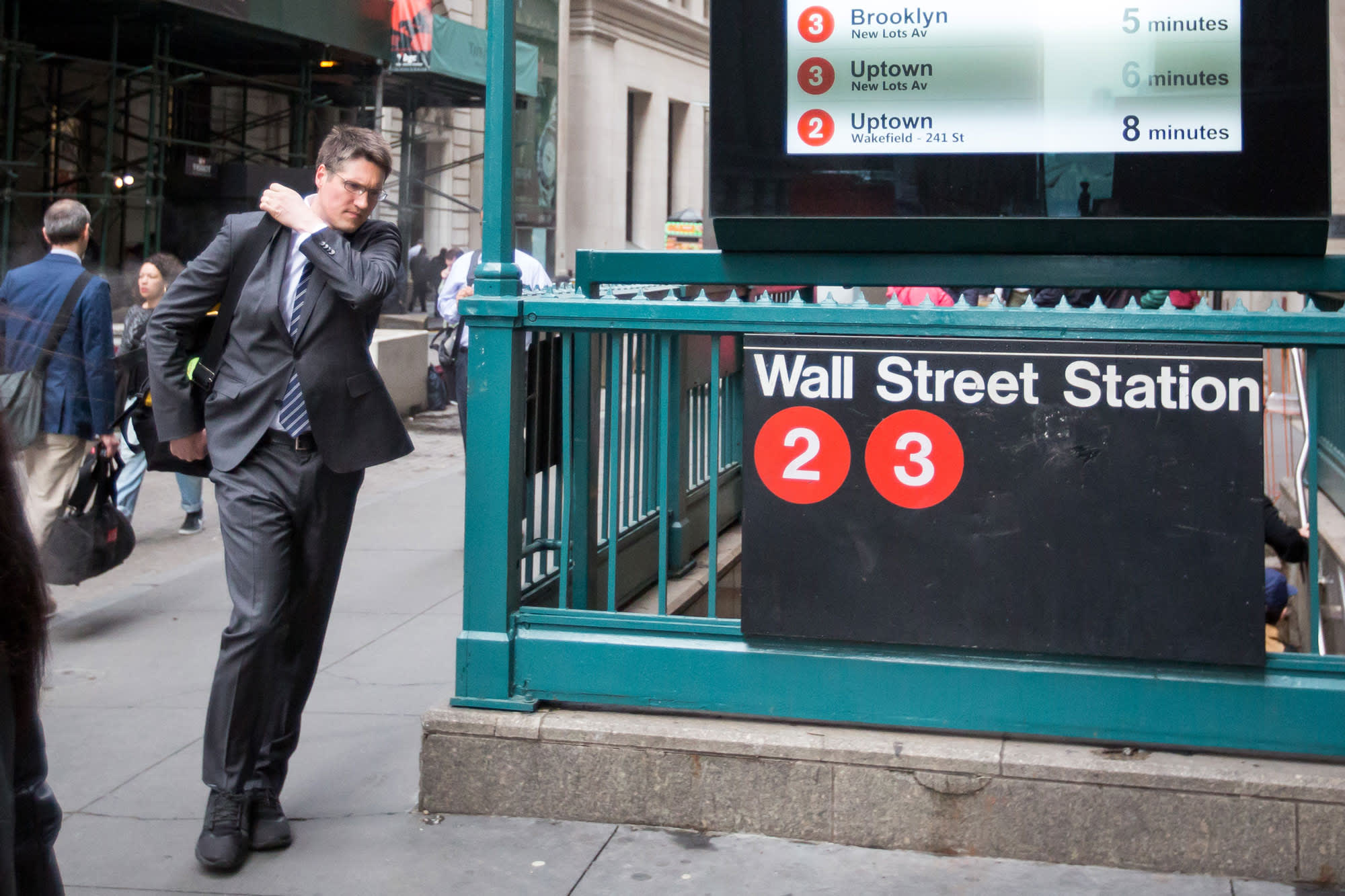 Pedestrians walk past an entrance to the Wall Street subway station near the New York Stock Exchange.

Shares of Levi Strauss fell 6% following the release of the denim maker’s second quarter earnings. Levi reporter earnings per share of 7 cents on revenue of $1.31 billion.

T-Mobile rose 2.9% after news that the wireless carrier will replace Red Hat in the S&P 500. The change will be effective prior to the open of trading on Monday, July 15. IBM closed its acquisition of Red Hat Tuesday, prompting its removal from the index.