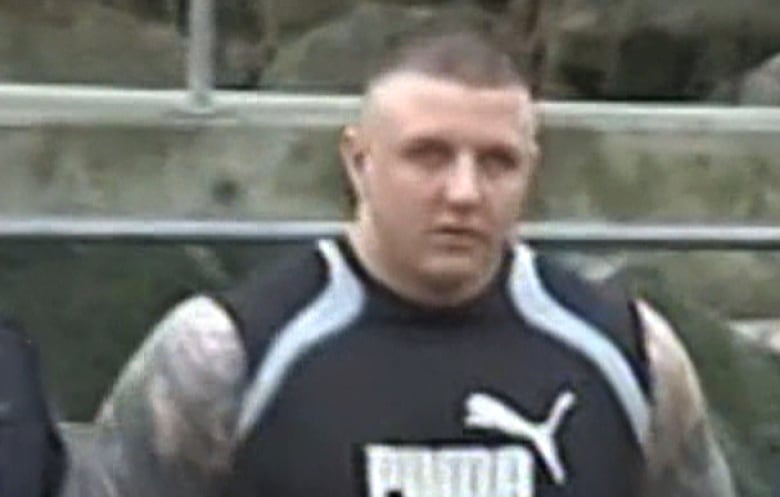 As far as Eileen Mohan is concerned, Jamie Bacon has been playing the justice system for a fool for the past decade.

The mother of one of six people killed in B.C.’s most notorious gangland slaying says she may be in court to watch Thursday — but she’ll get no satisfaction from seeing the gangster plead guilty to one count of conspiring to commit murder in relation to the 2007 Surrey Six killings.

She had hoped to see Bacon put away for decades. Instead, in Mohan’s view, he chose a moment when he faced a losing hand to reach a plea deal that most likely won’t see him get old behind bars.

And her son, Christopher, is still dead and gone forever.

“You have no idea how much loss we have occurred. They stole Christopher and they stole our lives too,” Mohan says.

“It took him 13 years to plead guilty and 13 years we’ve been running around in circles. Had he been genuine, then he would have pleaded guilty a long time ago.”

A hit that spiralled out of control

With the entry of two guilty pleas in B.C. Supreme Court, Bacon will bring to a conclusion a criminal case that has tested the legal system for years.

His lawyers say the leader of the Red Scorpion gang will plead guilty to conspiracy to commit the murder of Corey Lal, the intended target of a hit on Oct. 19, 2007 that spiralled out of control to become the deadliest gang shooting in B.C. history.

Bacon has also agreed to plead guilty to counselling someone to commit the murder of an associate in 2008 as part of a separate retrial that had just begun in front of a jury in March before the proceedings were interrupted by COVID-19.

The Surrey Six murders threw a harsh spotlight on the deadly gang wars that have plagued the Lower Mainland for decades.

The Crown alleged that the Red Scorpions coveted a drug line run by Lal, and that when Lal wouldn’t pay a “tax” imposed for refusing to hand the line over, Bacon ordered him killed.

According to various court proceedings, three members of the gang arrived at Lal’s apartment, shooting Lal, his brother and two associates in the back of the head, as well as two innocent bystanders, gasfitter Ed Schellenberg, who was fixing the furnace, and 22-year-old Christopher Mohan, who lived across the hall with his mother.

The killers dragged Mohan inside the apartment when he chanced upon them after stepping out of his door.

A total of six people have been charged in relation to the murders. Cody Haevischer and Matthew Johnston were sentenced to life in 2014 after being convicted of six counts of first-degree murder. Both men are appealing.

Another killer — known by court order as Person X — pleaded guilty to three counts of second-degree murder and one count of conspiracy to commit murder.

Two others pleaded guilty to breaking and entering to help the killers gain access to the suite and of obstructing justice by destroying evidence.

Michael Le, who was one of the founders of the Red Scorpions, pleaded guilty in 2014 to conspiracy to commit murder in exchange for testimony against Haevischer and Johnston.

Mohan says she was given no word of the plea deal and only spoke with the Crown about it after news of the arrangement emerged following a court appearance earlier this week.

She fears Bacon will get a deal similar to the one reached by Le, who was sentenced to twelve years but saw his time behind bars reduced to three years and one month after receiving credit for time served.

Like Le, Bacon was also originally charged with first-degree murder, which carries a life sentence without the possibility of parole for 25 years. The Crown dropped the more serious charge against Le as part of his plea, and now it appears they’ll do the same for Bacon.

“That is why I was very upset — once bitten, twice shy,” says Mohan. “I know the process and when these people cut sweetheart deals like this.”

Bacon has been in jail since he was arrested in connection with the case in 2009.

Pre-trial proceedings in the Surrey Six case took place over four and a half years, after which a stay was entered because the judge in the case found that police conduct during the investigation “contravened fundamental notions of justice and undermined the integrity of the justice system to the degree she could not permit the case to be tried.”

The Crown appealed and the province’s top court overturned the stay in May, ordering Bacon’s trial to resume — and setting the stage for the deal that resulted in this week’s plea.

The Appeal Court’s abbreviated reasons detail the challenges police faced in trying to bring charges against Bacon and his associates. The investigation involved more than 1,300 officers and 80 police informers who were up against “a disciplined organization that used tactics to defeat police techniques.”

In allowing the trial to proceed, the appeal court judges concluded that while some abuses of process had occurred, there weren’t enough to justify denying the public the right to see Bacon’s guilt or innocence determined in a court of law.

After Bacon enters a plea, a date will be set for sentencing.

It’s uncertain how much time Bacon will get. He will likely receive a significant amount of credit for the time he has already spent behind bars.

Mohan says she’ll attend the sentencing and make a victim impact statement. She says it’s her only chance to make her voice heard.

“We have to pick up the pieces and live each day as respectfully and as kindly as we can,” she says.

“Because we don’t want to … become monsters like the Bacons.”