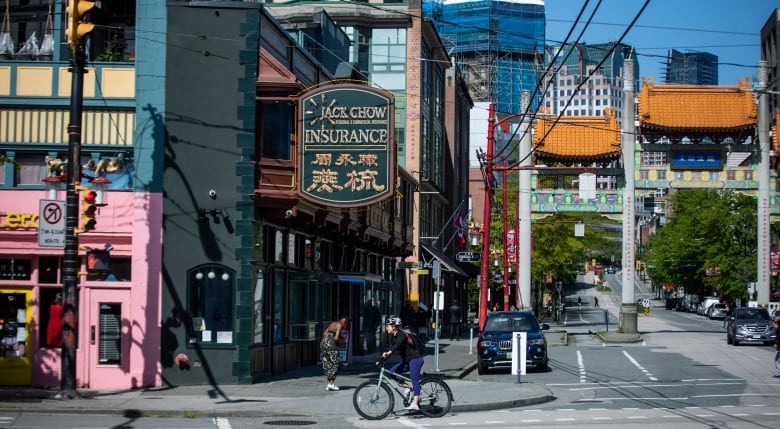 In Vancouver’s Chinatown, baker Denny Wong is so enthusiastic about mayor-elect Ken Sim that he’s already thinking about 2026.

He says Sim visited his Hong-Kong-style bakery before last week’s election and listened as Wong talked about law-and-order challenges facing the area. Then Sim described his plan to improve safety with 100 more police.

“It remains as a question mark whether he can achieve it or not — I believe he can. I told him, ‘If you live up to our expectations, I will vote for you again in four years,” said Wong, in an interview conducted in Mandarin.

Sim launched his mayoral bid a year ago in Chinatown’s Floata restaurant, then ended his campaign with a victory speech on Saturday night that included a full-throated embrace of his Chinese heritage.

He will be the first Chinese Canadian mayor of Vancouver, where more than 28 per cent of the population has Chinese ethnic origins, according to the 2016 census.

“The history of this moment is not lost on me,” he said in his speech. “But the honour really goes to those whose shoulders I stand on.”

Just because somebody looks like you doesn’t mean that they are actually going to take care of you– Rachel Lau, program manager of the Yarrow Intergenerational Society for Justice

Sim paid tribute to Chinese Canadian trailblazers who preceded him, as well as his parents, who he said immigrated from Hong Kong to Canada in 1967 with only $3,200, in the hope of providing their children a better education and future. Sim was born and raised in Vancouver.

Wong, who has run his bakery on Keefer Street for over 20 years, said he was elated on election night at the prospect that Sim would bring change to Chinatown, which is struggling against crime, disorder and a lack of safety.

But for others in the neighbourhood, Sim’s victory is being viewed very differently, from the other side of a generational and political divide.

While some business and community figures applaud his victory as an aspirational and historic moment, a younger generation of progressive-minded Chinatown activists views Sim and his law-and-order pledges with suspicion.

Rachel Lau, program manager of the Yarrow Intergenerational Society for Justice, a non-profit that supports lower-income seniors in Chinatown and the Downtown Eastside, said they were “devastated and disappointed” by Sim’s huge victory over incumbent Kennedy Stewart.

“I know that the Chinese Canadian community is really excited about the first Chinese Canadian mayor. I just want to point out that just because somebody looks like you doesn’t mean that they are actually going to take care of you. That’s the unfortunate truth,” said Lau.

On a walk through Chinatown after Sim’s win, most business owners who were approached to talk about him said they were happy with his election, though they did not want to comment on the record.

Some simply gave a thumbs up sign. “If you ask me about my reaction. This is my attitude,” said one middle-aged woman.

Fred Kwok, chair of the Chinese Cultural Centre in Chinatown, said Sim’s background made immigrants feel he was representative of the community. But what was more important was how his election platform resonated in the neighbourhood, with his promises of more police and a city hall office in Chinatown.

“I have seen what Chinatown has been through over the past decades with business owners waking up seeing graffiti or their windows getting smashed and people feeling unsafe to walk on streets. I have also personally experienced attacks,” said Kwok in an interview conducted in Mandarin.

“These policies can improve the neighourhood’s safety and boost many business owners’ confidence,” said Kwok. “I believe Sim will be a good mayor.”

Chinese-language newspapers and other media in Vancouver described Sim as the “pride of people of Chinese descent” and the “glory of Hong Kong.”

But Lau of the Yarrow society said they feared the next four years under Sim would be “challenging.”

“I think we need people who have similar values, and who have a solid understanding of what people need to be supported. It doesn’t matter if this new mayor looks like us,” Lau said.

Lau said Sim’s idea of hiring 100 more police and another 100 mental health nurses would take away funding from other community organizations. Instead, the neighbourhood’s priorities should be housing, access to public washrooms and safe drug supplies and food security.

Lau said a generational gap existed with Chinatown elders, particularly when it came to understanding strategies about safe drug supply and harm reduction.

“I think, culturally, there is this idea that police are good and police will help, the police are here to serve the people,” said Lau.

“There is an inflated amount of trust that is placed on the police to be able to address social issues. But in reality, I think what happens is that police arrest or punish or intimidate vulnerable people who need support.”

Vince Tao, a community organizer at the Vancouver Area Network of Drug Users, said he worried about the election results because of Sim’s support for the police and real estate development.

“He is just the guy who got lucky and got the developer’s money this time … and that’s how he swept in,” said Tao.

“And I actually don’t see that Ken Sim’s city will change dramatically. But we are on the course to collapse (as) long as we allow city developers, real estate interests, and police to determine the course of every city policy.”

More police are not the answer, said Tao.

“These days, every interaction I see between the Downtown Eastside and Chinatown is mediated by police and it’s because the government and all these various non-profits and people who claim to support Chinatown are not trying to build bridges,” he said.

“In fact, we are trying to build walls between these neighbourhoods … the borders drawn between Chinatown and Downtown Eastside are always political. And so, my fear is that as long as we continue to burn bridges, it will only create more tension in the streets. Meanwhile, it’s distracting from the real issues people need — money, welfare and housing.”

Tao said many Chinatown seniors were “lovely, compassionate people” who needed education about how harm reduction works and how safe supply could save lives.

“I don’t discount the seniors … When you talk to the seniors, many of them are linguistically isolated and they are also isolated in their living situations and the Chinese-language media are quite conservative,” he said.

“We must be building those bridges. And again, I think education is key and making sure that Chinese seniors have a voice collectively,” said Tao.

Watch | Ken Sim outlines his plans as mayor-elect of Vancouver 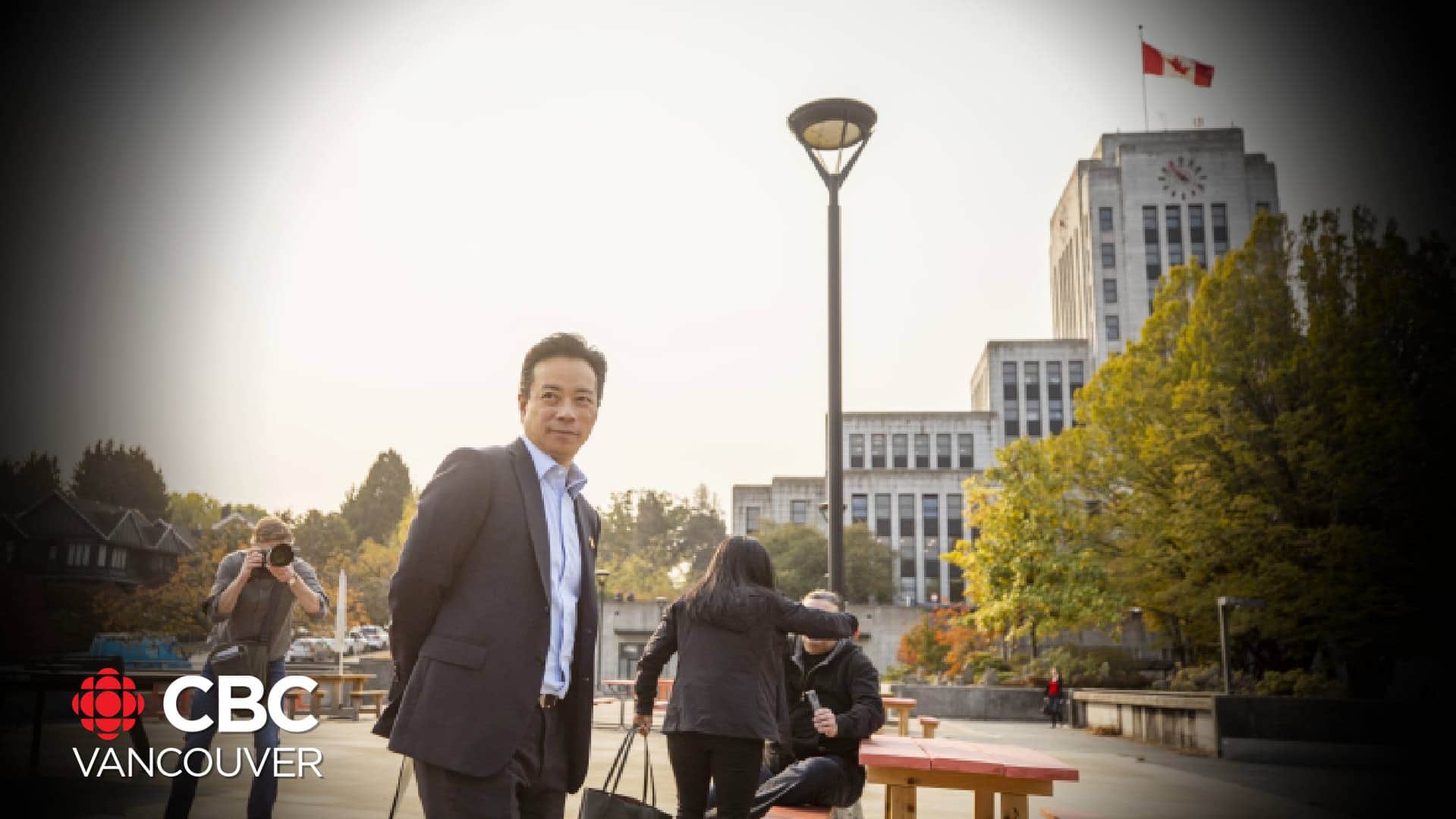 ‘It’s been a whirlwind’: Ken Sim discusses his win and what comes next

Vancouver’s mayor-elect spoke to our municipal affairs reporter, Justin McElroy, about his historic win and his plans for the city.

This story was produced with the financial assistance of the Meta-Canadian Press News Fellowship, which is not involved in the editorial process.