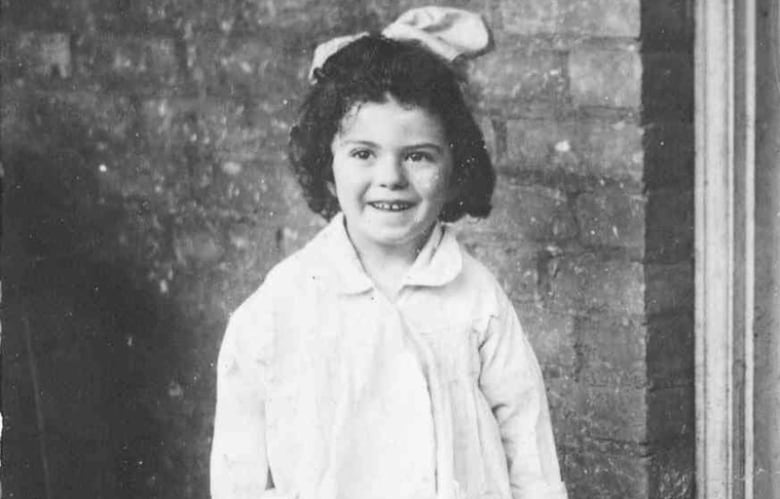 It wasn’t until the last half hour of an extraordinarily long life that Florence Beytin was able to produce the DNA sample her family hoped might unlock the keys to a genealogical mystery.

Beytin was just two weeks shy of 105 when she died last October.

Her daughter, Joyce Cherry, tried for a month to get enough saliva from her mother to meet the requirements for an Ancestry.ca test. But Beytin was unable to produce the amount needed.

“Miraculously,” as Cherry puts it, she got the sample just 30 minutes before Beytin drew her last breath on Oct. 10.

Cherry put the postage-paid package in the mail to the lab the next morning.

Four months later, she’s still checking daily for word on the whereabouts of her test kit — worried her mother’s DNA is lost in the mail.

“They don’t know where it is,” Cherry said of Ancestry.ca.

“I’d like to see them find my mother’s sample and get it analyzed before the time runs out.”

‘A spark of light in people’s lives’

Florence Beytin was born Florence Lipsitz in Brockton, Mass., in 1915, the daughter of a couple who immigrated to the United States from Lithuania.

Cherry describes her mother as “one of the most wise people I’ve ever met.”

Beytin moved to Vancouver when she was 82, following Cherry, who has lived in Canada since 1974.

“She was like a spark of light in people’s lives,” Cherry said.

Beytin’s parents — who were Jewish — came to the U.S. through Ellis Island.

In the decades that followed, much of the family they left behind either died in the Holocaust or was spread to the wind in the aftermath of Nazi atrocities and the Cold War.

Cherry says she paid $129 for an Ancestry.ca kit after her nephew contacted her last fall to ask for help with his genealogical research.

“The reason for doing this is we would have posted my mother’s results — and that’s worldwide — and through that hopefully find relatives that we don’t know we have,” Cherry said.

“Because my grandparents got out but most of their relatives did not, we’ve lost out on a whole area of our family that could possibly exist.”

The test kit requires about a tablespoon of clean saliva.

“For you or for myself, that’s easy, but as my mother said, she was desiccated. She couldn’t produce enough saliva even over the course of a number of hours for me to get a viable sample,” she said.

“But as her body began to shut down she lost the ability to swallow. And I saw this little dribble of saliva … I thought it was like a miracle, that I was able to get this sample right before my mother died.”

‘I can’t get another sample’

Ancrestry.ca is part of a global network of sites belonging to Ancestry, the world’s largest for-profit genealogy company, valued at $4.7 billion US in a planned acquisition last summer.

The U.S.-based company said it doesn’t have a processing partner in Canada, so samples are sent to a lab in Kildare, Ireland.

Cherry’s Ancestry kit came with a small pre-addressed box with the return postage paid. If it hadn’t, she said she would have paid to track her own parcel through Canada Post.

As it was, she put the parcel in the mail, waited six weeks and then logged on to track her mother’s sample through the analysis process.

Cherry said she went through a series of call centres with representatives who were unable to help her. She said one operator in the Philippines told her she would connect her to someone in Canada.

“This woman comes on the phone a minute later and I say to her, ‘Can I ask where you’re located?'” Cherry said. “She says, ‘Mexico.'”

Cherry said she eventually got a response from Ancestry saying the sample had not been received by the lab in Ireland. The company offered its condolences and offered a membership with access to Ancestry records and a complimentary test kit.

‘No additional steps we can take’

In a statement to the CBC, an Ancestry spokesperson said they were keeping Cherry’s mother’s kit active to allow for the possibility of a late arrival. Cherry said she was told the sample could remain viable for up to six months.

The company said they have recently experienced COVID-related delays with shipping affiliates and customs agencies in Canada and Ireland.

“Additionally, at any given time and unrelated to COVID-19, about one per cent of Canadian customers contact us to report that an ordered kit did not arrive and to request a replacement,” the statement said.

“Unfortunately, at this time, there are no additional steps we can take to track or recover the sample.”

Cherry said she and her husband have a home-based business and send thousands of packages a year through Canada Post with barely any returns. She doesn’t believe the carrier is responsible. She feels Ancestry should have paid the extra cash needed to ensure customers can follow their samples through the delivery process to the lab.

Canada Post said the corporation would require a tracking number to provide information about the package’s whereabouts.

“The delivery time for international destinations is based on the product, however, some postal operators are experiencing delays,” spokesperson Nicole Lecompte said in a statement.

Cherry said she doesn’t think it would take another miracle to find her mother’s DNA sample.

And she already knows that amazing things can happen with a deadline approaching.

“I firmly believe they have it somewhere,” Cherry said. “I’d like to see them put a search out and make an attempt to find it.”