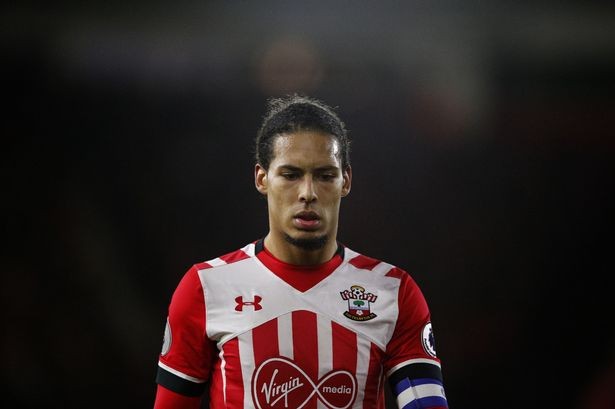 Virgil van Dijk has told Liverpool they are his preferred destination this summer, ahead of Chelsea and Manchester City.

The Southampton captain has established himself as one of the finest central defenders in the Premier League since moving from Celtic for £11.5m in September 2015.

Liverpool are refusing to comment on the speculation, but it is understood they are prepared to break their transfer record to land him.

Personal terms have not been finalised with Van Dijk, but Liverpool are prepared to match the contract offer from Manchester City which could be as much as £200,000 a week.

Pep Guardiola has identified him as a priority target as he looks to strengthen his defensive options this summer, though City are concerned about the price they may be forced to pay to land him. Chelsea boss Antonio Conte is also an admirer.

Southampton are determined to hold on to the Dutch international, with club chairman Ralph Krueger stating last month the Saints would be prepared to reject bids of up to £60m in order to keep the 25-year-old.

However, Jurgen Klopp is keen to bring him to Anfield and Liverpool are prepared to spend big in order to do so.

And sources indicate Van Dijk has been impressed with Klopp’s personal involvement in Liverpool’s effort to sign him.

If Van Dijk were to join Liverpool, he would be the latest in a series of Southampton players to move to Anfield in recent years, following in the footsteps of Dejan Lovren, Nathaniel Clyne, Adam Lallana, Sadio Mane and Rickie Lambert.