Valerie Jarrett is out talking about her life, Obama and the age of Trump 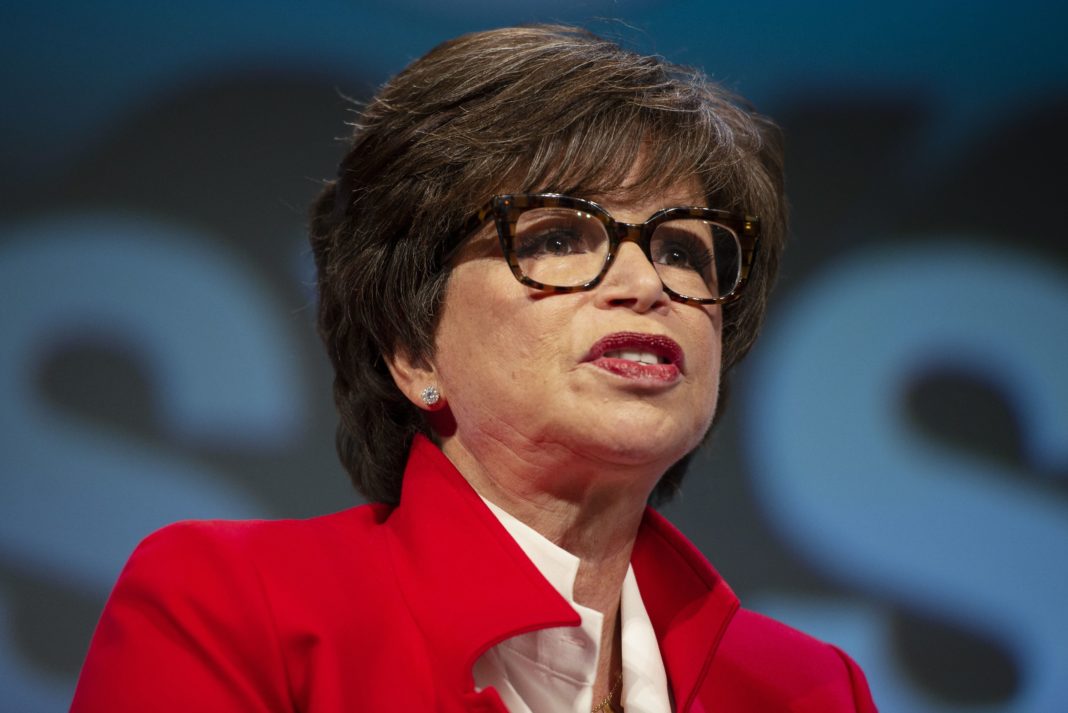 Valerie Jarrett has been out of the White House for more than two years, and now she has a story to tell.

It’s not the type of juicy tell-all you might expect from someone who spent decades around the people who eventually would rise to the White House. Instead, it’s a more personal story about rising from the admittedly “rough-and-tumble” Chicago politics, through a bad marriage, a dead-end job and, ultimately, to a position where she’d meet world leaders and help formulate policy on the biggest stage possible.

“I hoped by telling my story, the circuitous path my life and career have taken, it would give others the courage to look at what’s inside of them and their voice, and have the courage to step outside their comfort zone,” Jarrett says of her memoir, “Finding My Voice: My Journey to the West Wing and the Path Forward,” which was published in early April. “It wasn’t until I stepped out that the adventure of my life began.”

That was back in 1987. She left an unfulfilling job at a big Chicago law firm to join the city government under then-Mayor Harold Washington.

There would be big projects ahead — helping to fix the city’s low-income housing program and generally trying to give voice to those who had gone unheard.

Along the way, she would meet Michelle Robinson, long before her ascendance to first lady to her future husband, Barack Obama.

“First moment I met her, she knocked it out of the park, not just with her intellect and wisdom. She’s an old soul — her commitment, her desire to leave a big law firm and find a meaningful career, using her talent to give back to the city she loved,” Jarrett recalled. “We worked together for a couple years in city government, and our lives have been intertwined ever since.”

‘Trying to set the record straight’

Jarrett, 62, spoke from the sidelines of the SALT hedge fund conference in Las Vegas earlier this month where she shared the stage with Anthony Scaramucci, the event’s founder and, briefly, press secretary under President Donald Trump. The two are friendly but sparred over the direction the country took during the Obama presidency, and the way in which it’s headed now with Trump, who in many ways is Obama’s antithesis.

Whereas the country languished under eight years of slow growth under Obama, the economy is humming under Trump. At the same time, “no drama Obama” has been replaced with a president who has undergone any number of controversies, proudly and eagerly confronting his adversaries and tweeting away at any and all comers.

Jarrett recalls much that was done under Obama — expanded access to health care, reduction in earned income taxes, expansion of the food stamp program to needy Americans, as well as the things left undone, like immigration reform.

As for the current fortunes of the economy, she insists that many of the seeds for the current growth were planted during the Obama years, though she wouldn’t comment specifically on whether Trump was merely taking credit for what had been done before him.

“I’m just trying to set the record straight on how much of the health of the economy originated under the steps that began before 2017,” Jarrett said.

“There’s plenty of work that was left undone. That’s the nature of two four-year terms, a finite period,” she added. “The one thing I do know is that we ran all-out for eight years. We never took our foot off the pedal until Jan. 20 [2017],” she said. “That’s what President Obama insisted that we do.”

Nowadays, Jarrett has plenty to keep her busy. She and Michelle Obama are involved in a nonprofit called When We All Vote whose aim it is “to change the culture around money” and politics. Jarrett also is on a distinguished fellow at the University of Chicago Law School and serves on corporate and nonprofit boards.

While the former first lady, who released her own memoir earlier this year, remains busy, Jarrett said only one Obama spouse will be president. Asked to assess the possibility of Michelle Obama running, Jarrett flatly said, “Never happen.”

Indeed, Jarrett’s book is not so much political as it is personally reflective. She recalls how “soul crushing” Trump’s win was, but mostly focuses on her own journey from Iran, through the halls of power and onto the next phase of her life, which will include supporting the Democratic presidential nominee in 2020 and hoping to change the tenor of national politics.

“I don’t think it’s too late to put the toothpaste back in the tube,” she says when asked if the air of political toxicity is beyond repair. “What will reverse it is the will of the American people.”