UW tops list of most influential schools in tech – GeekWire 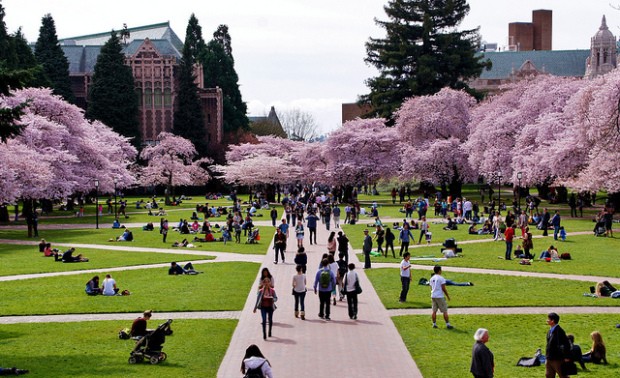 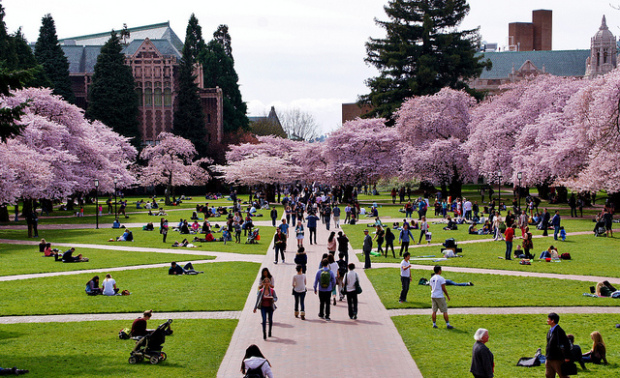 Facebook may have been born in a Harvard dorm room but all things considered, the Ivy League isn’t as influential in tech as you might think.

That’s one of the takeaways from a new study of the most influential universities in the tech world from career website Paysa. Researchers analyzed data from over 286,000 resumes of employees at the country’s 100 biggest tech companies and what they found was pretty telling.

When it comes to pure numbers, the University of Washington in Seattle takes top honors with the highest number of employees at major tech companies.

Unsurprisingly, the school is the number one alma mater for employees at Microsoft, Amazon, and Expedia. Thirteen percent of Expedia employees, 6.5 percent of Microsoft employees and 5.4 percent of Amazon employees are UW graduates, according to the data.

Only two Ivy League schools make it into the top 30 companies with graduates at major tech companies: Cornell University and Harvard University.

That makes some sense, given the small number of graduates from those schools compared to the larger classes at public universities like the UW. But it’s still an interesting figure that points to the differences between the new world of west coast tech and the prestigious east coast schools, which often funnel graduates into more traditional industries.

Neither the Ivy Leagues nor the top five schools did well in the gender diversity category. Paysa ranked the top 20 most gender diverse schools by measuring what percentage of graduates were female, and none of the top tech schools made the cut. The top spot in the category went to Minneapolis’s Capella University: 41 percent of that school’s tech graduates are female, according to Paysa’s data.

Another interesting ranking in the study is the schools with the highest salaries in the tech world: The top five schools in the ranking are in the Pacific Northwest, but the University of Washington isn’t among them.

Seattle University, a private school, ranks number one with an average alumni salary of over $265,00. It’s followed closely by Pacific Lutheran University in Tacoma, Wash. Simon Fraser University in Vancouver, Canada, City University of Seattle and Central Washington University join them in the top five.