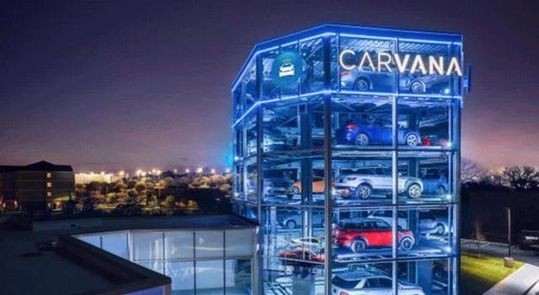 Here’s how the service works. Time

Americans’ breakup with sedans is lowering prices for used cars.

Although values of crossovers, sport-utility vehicles and pickups are holding ground, dealerships are being flooded with used cars coming off lease, a situation that will grow more extreme over the next couple of years.

Auto financing: Don’t let your car loan drag you under

For some buyers, that trend spells financial relief.

Sarah Buck, a teacher in Clinton, Iowa, bought a 2015 Chevrolet Volt plug-in hybrid sedan in May. It was the first time she had purchased a used car, but she said she couldn’t pass up the deal.

“There was dramatic price savings,” she said. “I feel like it was a good value for the money.”

Falling prices are the consequence of a sales surge three years ago when lease deals flourished, part of the industry’s comeback from the Great Recession.

In 2014, the industry topped the 16 million mark in new vehicles sales for the first time since 2007, Autodata reported. Sales have continued to grow, rising to 17.5 million last year.

Compact- and mid-size sedans were popular in 2014, when gasoline prices averaged $3.44 per gallon. Now, as those three-year leases are ending, gas prices average around $2.28, according to GasBuddy, which has sent droves of buyers toward larger vehicles that burn more fuel.

And as Americans demand more of those crossovers and SUVs, supplies of those vehicles are growing short.

As a result, the used-car market is a tale of two parking lots.

The 2014 Toyota Camry sedan, for example, is declining in price at a pace that’s three times faster than the value of the 2014 Toyota RAV4 crossover, according to Manheim, a price tracker and wholesale auction house for used vehicles. In May, the 2014 Camry lost 1% of its value, while the RAV4 lost only 0.3%.

That same month, wholesale prices of midsize cars slumped 2.4%, even as the overall market increased 2.8%, compared with a year earlier, according to Manheim.

“As more used cars come back to the market there is an excess supply, which suppresses the values,” said Anil Goyal, senior vice president at automotive data source Black Book.

“It’s a great time to try to trade in a truck — not so much for a midsize car,” said Jonathan Smoke, chief economist of Cox Automotive, which owns Manheim.

The oncoming wave of self-driving vehicles in the next decade is expected to uproot how Americans pay for transportation.

Morgan Stanley auto analyst Adam Jonas, who is known in the industry for his bullish outlook on autonomous cars, recently projected that used-car prices could fall anywhere from 20% to 50% “over the next few years.”

Jonas suggested in a separate note to investors that “standard semiautonomous tech equipment can accelerate the obsolescence of used cars with negative implications for secondhand values.”

As Jonas sees it, once vehicles can drive themselves, that conventional midsize car sitting in your garage — despite having today’s fancy safety technologies — will decline sharply in value. Why buy a used car when you’ll be able to pay to get around in ride-sharing self-driving vehicles?

“Sure, people want the latest and greatest in technology, but not everybody can afford the new stuff that’s coming out,” Edmunds.com analyst Jessica Caldwell said. “To be honest, most people in this country want something to get them from Point A to Point B and they can’t afford much more than that.”

Any significant drop in used-car prices is likely to be met with increased demand among consumers seeking a deal, Goyal said. “As prices go down, you hit a floor where those used vehicles become pretty attractive.”

Declining used-car prices are having an immediate impact on car shoppers in other ways.

The Black Book Retention Index, which measures used-car prices on 2- to 6-year-old models as a percentage of the manufacturer’s suggested retail sticker price, hit a monthly low in May not seen since December 2010.

Lower retention values mean that leasing payments on new vehicles will face upward pressure. That’s because dealers must plan for the likelihood that the models will retain less value when they return to the market after several years in the customer’s hands.

This trend comes after several consecutive years in which retention values were inordinately high. People were keeping their used cars for longer than historical rates, which reduced the supply of used cars on the market.

“We’re coming back down to earth on those retention values,” Cox Automotive’s Smoke said.

Fitch Ratings analyst Hylton Heard said in a June 8 note that default rates on loans and repossessions are also “creeping” up, putting used-car values “under pressure.”

The other factor to consider is new-vehicle prices. Although the automotive market remains strong, with total sales falling only 0.5% through May after a record 2016, discounts on new vehicles are on the rise.

Incentives — those discounts that automakers and dealers apply to lure buyers — averaged $3,500 during the first quarter, according to Fitch. That was up about $371 per vehicle from a year earlier, according to Evercore ISI analysts.

Video: This Is A Transforming Converticopter Drone !!! #shorts #drone

Video: This Telekinesis Drone Will Amaze You !!! Aura #shorts #drone

Video: 8 Inventions That Will Make You Think WOW! 2

Video: This Road Invention Is Protecting Drivers and Pedestrians Like Never Seen Before!!!