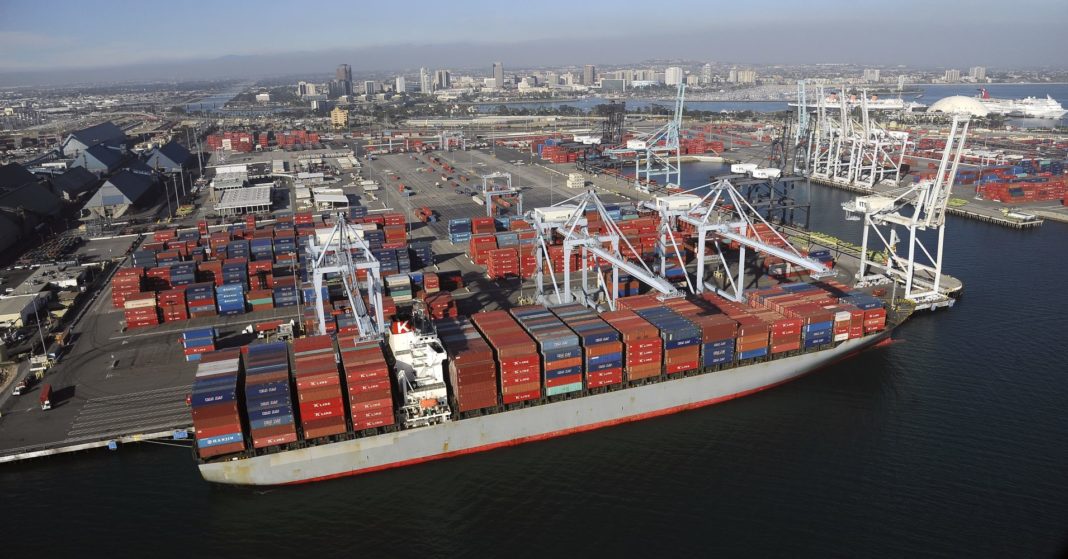 U.S. ports, which handle hundreds of billions of dollars in merchandise each year, will be the first to feel the pain if the Trump administration’s trade war begins to slow the global economy.

So, as the White House threatens to impose higher duties on $200 billion worth of Chinese goods, port managers are bracing for the prospect of canceled shipments and lost jobs.

As the nation’s busiest gateway for Chinese imports, the ports of Los Angeles and Long Beach are on the front lines of the trade war with Beijing. Last year, Southern California ports handled $173 billion in Chinese imports, about a third of all goods shipped from China to the U.S.

Still, any widening of tariffs on Chinese goods would be felt by many of the 328 official ports of entry maintained by U.S. Customs and Border Protection where more than $505 billion in goods arrived from China last year. In addition, $130 billion in American made goods and commodities flowed through those ports to China every year, producing a trade deficit in goods of $375 billion.

Most economists agree that the Trump administration is misreading the impact of a trade imbalance, which they say produces no economic harm to the U.S. But the trade deficit with China has become a flashpoint for President Donald Trump and his supporters, who rallied behind the president in June when his administration unilaterally increased tariffs on some $34 billion in Chinese imports.

China immediately retaliated with its own tariffs on $34 billion in U.S. imports. The Trump administration countered that it is preparing possible tariffs on $200 billion more in Chinese goods. Last week, with no talks apparently underway between Washington and Beijing, the president said he was willing to slap tariffs on every Chinese-made product shipped to the U.S.

The immediate impact of such an action would be felt on port operators, shipping companies and the people who work for them. The ports of Los Angeles and Long Beach, for example, estimate they support nearly a million jobs throughout Southern California. Last year, trade with China accounted for $145 billion in imports and exports, over half of the LA ports’ total of $284 billion.

So any slowdown in China trade flow could bring layoffs, Cordero said. It would also cut into the roughly $320 billion in local and state tax revenues generated every year by trade flows in ports across the country, he said.

For now, trade volumes with China appear to be holding up. In fact, in the short term there’s been a surge in commodity shipments as producers try to get ahead of possible tariff increases, according to Kurt Nagle, president of the American Association of Port Authorities.

Trade volume with China typically picks up at this time of year as the shipping industry enters its peak season, starting with the surge of retail events that begin next month with back-to-school sales promotions and running to the December holiday shopping season. Some retailers and suppliers are reportedly considering moving up orders to get ahead of any future tariff increases.

So far, the holiday season is shaping up to be a strong one for retailers, thanks to rising consumer confidence and incomes and lower tax rates, according to James Bohnaker, an analyst at IHS Markit. He’s forecasting a sales gain of 4.9 percent from last year, along with the strongest back-to-school season since 2014.

That could change if consumers are hit with higher prices on a longer list of Chinese imported goods targeted with higher tariffs. Any slowdown in consumer spending, which accounts for about two-thirds of U.S. gross domestic product, would quickly ripple through the wider economy.

While initial economic impact from tariffs so far has been muted, that could change quickly if Trump follows through on this threat to widen Chinese tariffs, according Greg Daco, an economist at Oxford Economics.

He estimates that if the U.S. imposes 10 percent tariffs on an another $400 billion of imports from China, and China were to retaliate with 25 percent tariffs on all American imports, the U.S. economy would lose roughly seven-tenths of growth in GDP. Global growth would be cut by half a percentage point. By 2020, the cumulative GDP loss would reach 1 percent in the United States, eliminating 700,000 American jobs and a multiple of that in China, Daco said in a recent research note.

“The current economic strength in the U.S. could be no more than a mirage, and rising trade tensions could occur precisely at a time when global momentum is slowing,” he said.

That prospect, and the uncertainty over Trump’s next move, may already be having a chilling effect on businesses involved in trade with China.

Starting with the people who run the nation’s ports.

“Our members plan to invest $155 billion in the next five years in infrastructure so ports can better accommodate trade interests,” Nagle said. “But now we’re concerned about making such an investment in an unstable trade environment. There is lots of uncertainty.”

That uncertainty is likely to linger. Trump called an apparent cease-fire in his administration’s trade war with the European Union this week, after both sides softened their stance and agreed to work to lower tariffs. But some analysts expressed skepticism that an agreement with China may soon follow.

“Even though it worked for the EU, China has already tried the same softer tactics and been rebuffed,” said Paul Ashworth, chief economist at Capital Economics. “It isn’t likely to make the same mistake twice.”