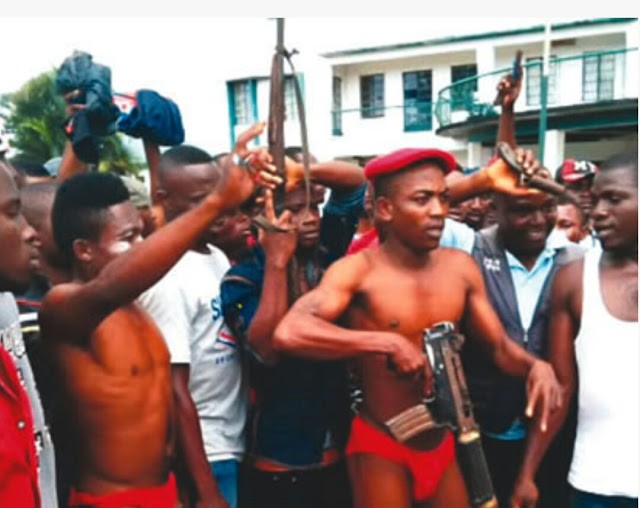 No fewer than three persons were on Saturday evening shot dead by fleeing gunmen in Owerri, the Imo State capital.

The gunmen injured many in a bid to escape, including shooting a personal Assistant of a member of the State House of Assembly whom they robbed of an undisclosed amount of money he apparently withdrew for his boss from an undisclosed bank in the state capital.

While the gunmen numbering four killed a tricycle operator at school road by MCC Junction, the daredevil hoodlums killed a passerby at Tetlow road, after they failed to kill a policeman who was on duty.

The gangsters allegedly killed another person at a yet to ascertained Street before making their way out of the town.

An eyewitness told our correspondent that the gangsters trailed the lawmaker’s aide to the point where they double crossed him and robbed him of the huge amount of money, suspected to be in a foreign currency.

“The armed robbers numbering four doubled crossed the lawmaker’s personal Assistant who was driving a white Hilux. They went straight to where a bag that was apparently containing the money was. The aide tried to resist them, but they shot him in his hand,” the eyewitnesses said.

He said that the fleeing gunmen, while escaping, shot continuously and killed one tricycle operator instantly and injured others.

When contacted, the Police spokesperson in the state, Andrew Enwerem, confirmed the incident but said he had yet to receive the full details.