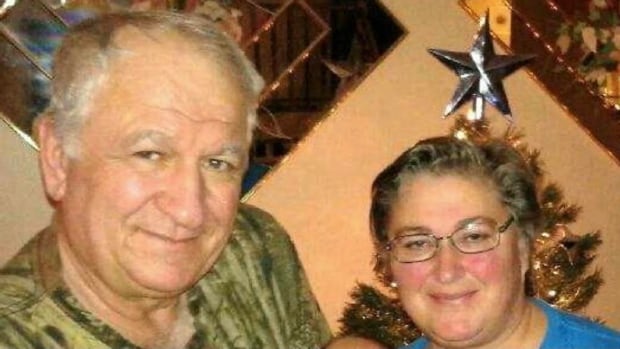 Accused killer Greg Fertuck led a group of undercover officers, posing as criminals, through tick-infested, mud-soaked terrain searching for the remains of his missing wife, a Saskatoon Court of Queen’s Bench heard Thursday.

It’s the third day that an undercover officer, designated to be Fertuck’s best friend during a 10-month clandestine operation, has been in the witness box testifying Greg took he and two other officers across the countryside.

The trial is nearing the end of its sixth week.

Fertuck pleaded not guilty to a charge of first-degree murder for the alleged killing of his wife, Sheree Fertuck. She disappeared on Dec. 7, 2015, after going to work at a gravel pit near Kenaston, Sask.

Court played muffled audio that was covertly recorded on a wire worn by the officer, who narrated their trip to the gravel pit and a nearby field as a television screen displayed their route. Their vehicle had been linked with a GPS tracker that followed them through days of searching fields southeast of Saskatoon. It would, in part, lead to Fertuck’s arrest days later.

The officers involved can’t be named because of a court-ordered publication ban.

On June 21, 2019, Fertuck met with several criminals at the James Hotel in Saskatoon, including a crime boss, played by undercover officers taking part in a controversial operation called a Mr. Big sting.

RCMP hoped to get Greg to reveal what happened to Sheree by running 136 structured scenarios, emphasizing how the fake crime syndicate valued honesty.

The officer told the court that when he insisted Fertuck be honest with the crime boss when he approached him, Fertuck said he would be because “he had nothing to hide.”

After leaving the hotel, the witness said he stepped into the driver’s seat of a truck and Fertuck and the two other officers got inside. Fertuck directed the group of officers to the gravel pit, the witness said.

Fertuck told the three covert officers that he had turned off his phone so police couldn’t track it.

His phone had already come up in trial. Call records previously presented at the trial placed Fertuck near the gravel pit at 1:20 p.m. on the last day his wife was seen, according to a court report on records prepared by a former Telus Mobility investigator.

“Actually it wasn’t this bad four years ago,” he was recorded saying, referring to the terrain.

‘I would never have dragged her that far in’

Fertuck unknowingly led the three officers to where he believed the remains of his estranged wife would be, driving up and down grid roads near the gravel pit trying to find the location. Fertuck had once said he was certain it was the place he had directed them to on their first tour of the area near a group of poplar bluffs.

He instructed them to park on the opposite side of the bluffs from the road to keep the truck out of sight.

The search went on for three days. After the first day was cold, muddy and unsuccessful, the officers returned on the second day with quads, tools and rain gear, including for Fertuck.

On the third day, June 23, 2019, the witness recalled that when officers would get too far into the bluff, Fertuck had said, “I would never have dragged her that far in,” and had told them to look about 10 to 15 feet beyond the bluffs. On June 24, Fertuck was arrested.

Court will resume Friday where the witness is expected to be cross-examined.