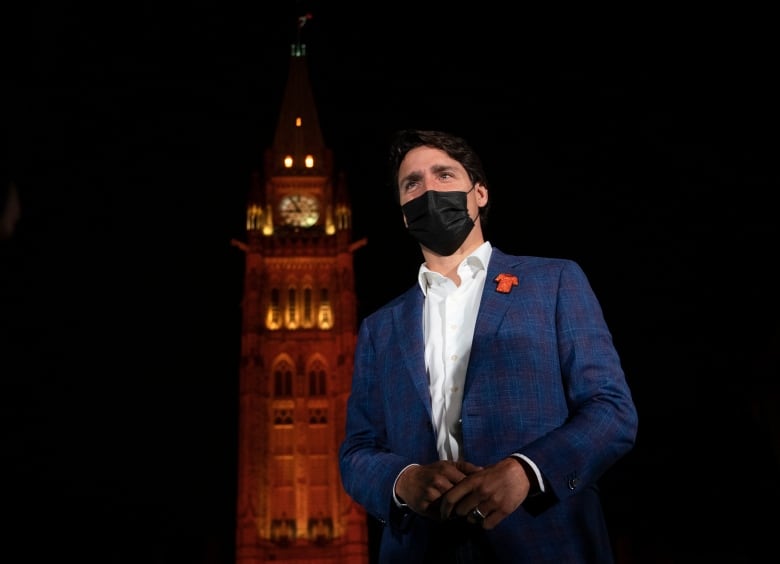 The Tk’emlúps te Secwépemc Nation in B.C. will meet with Prime Minister Justin Trudeau on Monday, about two weeks after he apologized to the First Nation’s leadership for not responding to invitations to join them to mark the first National Day for Truth and Reconciliation.

Tk’emlúps te Secwépemc Nation is located near the site of the former residential school in Kamloops, B.C., where about 200 possible unmarked burial sites were detected by a radar survey this spring.

According to a media release issued today by the First Nation, Kukpi7 (chief) Rosanne Casimir and Trudeau will hold a joint press conference Monday morning and participate in an event with members of the community to hear from and honour residential school survivors.

Last week, the Tk’emlúps te Secwe̓pemc Nation released a statement stressing that Trudeau’s visit should focus “on the real issues of reconciliation” and be more than just a media event.

“Real action and change is needed that supports healing, the revitalization of our language, culture, traditions, and ways of knowing,” says the statement. “We are not interested in apologies that don’t lead to institutional and widespread change.”

The First Nation called on Trudeau to commit federal funding to a new healing centre to support residential school survivors.

The prime minister apologized to Casimir earlier this month for not following up on two written invitations to join the First Nation on Sept. 30 — the new federal statutory holiday to honour the children forced to attend residential schools and the survivors and Indigenous communities affected by the system’s legacy.

Casimir told reporters last month she hoped that Trudeau would attend. In its statement last week, the First Nation also said the prime minister did not respond to an alternative offer to film a video to be played at a ceremony at the Tk’emlúps te Secwépemc Powwow Arbour.

Trudeau spoke at an event on Parliament Hill on the eve of National Day for Truth and Reconciliation, where residential school survivors shared their stories.

The next day, Trudeau flew to Tofino, B.C. for a family vacation. While his official itinerary that day said he would be in “private meetings” in Ottawa, it was later updated to reflect the fact he was in Tofino.

The prime minister said he spoke by phone that day with residential school survivors from across the country.

Prime Minister Justin Trudeau expressed regret for vacationing in Tofino, B.C., during the first National Day for Truth and Reconciliation, while also trying to address mounting pressure to clean up the culture of the Canadian military. 2:01

At a press conference in Ottawa last week — his first public appearance since the controversy — Trudeau said “travelling on the 30th was a mistake and I regret it.”

The National Day for Truth and Reconciliation was “an important moment for all of us — Indigenous and non-Indigenous — to reflect and to remember,” he said.

The prime minister would not say why he decided to take a trip on a day meant to honour residential school victims and survivors, or if he was advised by his staff not to do so.

“The ‘how it happened’ is far less important than that it happened, which I regret,” he said.