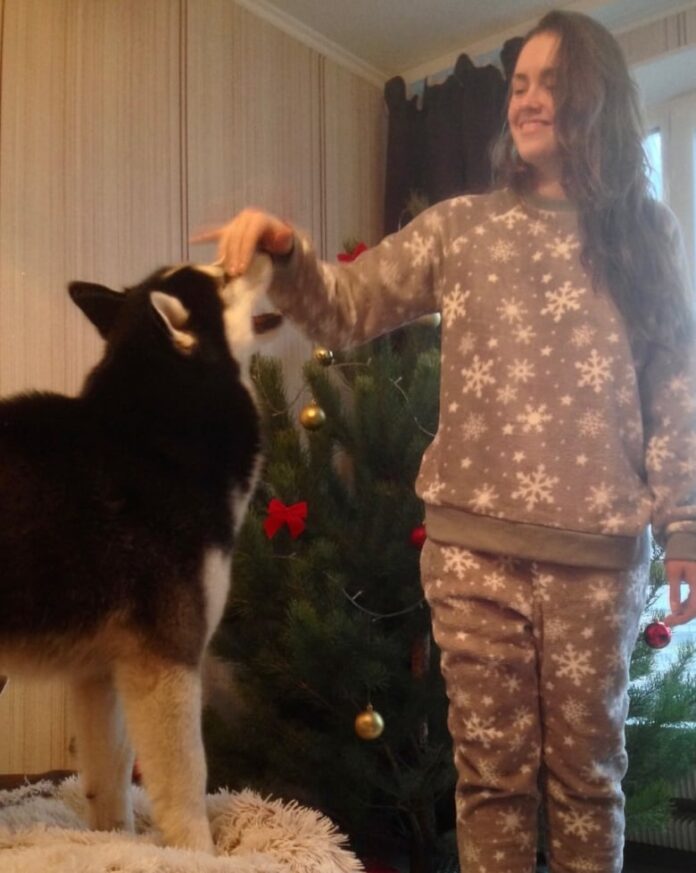 This time of year is all about celebration and being close with family and friends, and for many Ukrainians who fled their homes amid the Russian invasion, and are now in Windsor, Ont., this holiday is bittersweet.

Hundreds of thousands of Ukrainians have come to Canada since February, when Russian President Vladimir Putin launched a full-scale invasion.

Kostiantyn Cherniaiev arrived in Windsor from Poland last week with his wife Inna, after a 35-hour journey.

“People were really kind and friendly to us — everyone tried to help us,” said Cherniaiev. “They came to Toronto airport, and came picked us up and brought us to Windsor at night. It was probably 4 a.m. It was amazing.”

Cherniaiev is more than grateful to be in Canada to start his new life. He and his wife were able to bring their dog Sever, which makes it more comfortable for him.

But this Christmas is looking “completely different” than years before, he said.

“I used to spend my Christmas with my family, with a lot of people, with my wife’s family. We always went to the Christmas Market in downtown Kyiv,” he said.

He and his wife’s parents and grandparents remain in their home country.

Cherniaiev said he and his wife are making the most of it, and their family is encouraging them to continue with their lives here.

Cherniaiev expects it would take a least a decade for Ukraine to rebuild. So he hopes to remain in Canada.

“I just want to thank you, everyone, Poland and Canada for the support of Ukrainians,” he said. “It’s beautiful. I really like it. People are kind and friendly. This is amazing.”

Going back for the holidays

Kate Snitko arrived in Windsor in July from Poland. Her roommate, Alona Ievleva, came to the southwestern Ontario city around the same time.

“The one problem is I miss my parents, I miss my brother, I miss my grandparents … they are always in danger and they are trying to think positive. They have already bought a Christmas tree and presents. I’m proud of them, really.”

Snitko said her parents are unable to leave their country because her father is in the military. She misses them deeply.

“It’s sad. I’m thinking about maybe delivering a present to their house,” she said.

Ievleva said the Canadian family she stayed with when she first arrived helped her settle in, before she moved in with Snitko and her boyfriend.

“It’s nice to have friends that speak Ukrainian, and love you and support you.”

But she is thinking of her parents and boyfriend who are still in Ukraine.

“I cannot stop thinking about my family there,” Ievleva said.

Ievleva knows it’s a risk, but plans to return to Ukraine for a two-week visit at the end of December. She said her family wants to see her, and she hopes they’ll all be safe.