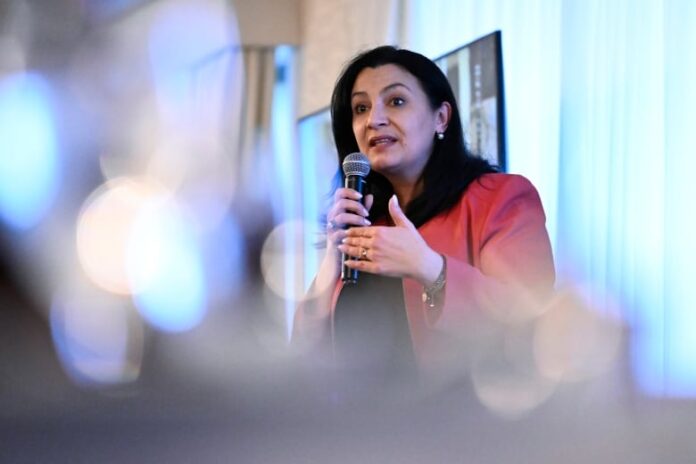 Russia needs to be defeated, isolated and punished for making war on Ukraine — and western policymakers need to accept that and start thinking about what could happen after the shooting stops — a senior member of the Ukrainian parliament told a Canadian audience on Tuesday.

MP Ivanna Klympush-Tsintsadze, chair of the Verkhovna Rada Committee of Ukraine’s Integration into the European Union, spoke to an event in Ottawa organized by the Parliamentary Centre, a non-partisan organization supporting democratic governance.

“Russia is just a monster, just an evil that has to be defeated. It’s black and white,” Klympush-Tsintsadze told an audience of MPs and policymakers in an impassioned, off-the-cuff speech.

Both Klympush-Tsintsadze and fellow Ukrainian parliamentarian Maria Ionova sidestepped an audience question about whether Ukrainian drones were responsible for recent attacks on Russian airfields — including one where bombers capable of carrying nuclear weapons are based.

Those attacks — which Ukraine has never acknowledged — have raised the spectre of escalation.

“We would love them to be our drones flying around like 600 kilometres and I wish it would be too, but I have no idea,” Klympush-Tsintsadze replied when asked by the audience.

Over the last several weeks, Ukraine has faced persistent pressure from the U.S. and other nations in Europe to consider peace negotiations with Moscow.

Ionova, a member of the Verkhovna Rada Committee on Foreign Policy and Inter-Parliamentary Cooperation said that — for the moment — Ukraine is content to let its armed forces do its negotiating.

‘[Russia] has to be isolated and … punished’

While Ukraine has set out a ten-point plan for negotiations with Russia, both Ionova and Klympush-Tsintsadze said there can be no peace without justice for innocent victims of the war and security guarantees for Ukraine.

That last point appeared to be a subtle dig at French President Emmanuel Macron, who recently said Russia needs security guarantees in order to end the war.

Klympush-Tsintsadze heaped scorn on the idea.

She said she believes western policymakers have not yet grasped what might — and should — happen after Russian troops have been evicted from Ukraine.

Klympush-Tsintsadze is the second politician from eastern Europe to deliver such a message in Ottawa recently. The exiled leader of the opposition in Belarus, Sviatlana Tsikhanouskaya, made similar comments to journalists two weeks ago as she met with Prime Minister Justin Trudeau and Foreign Affairs Minister Mélanie Joly. 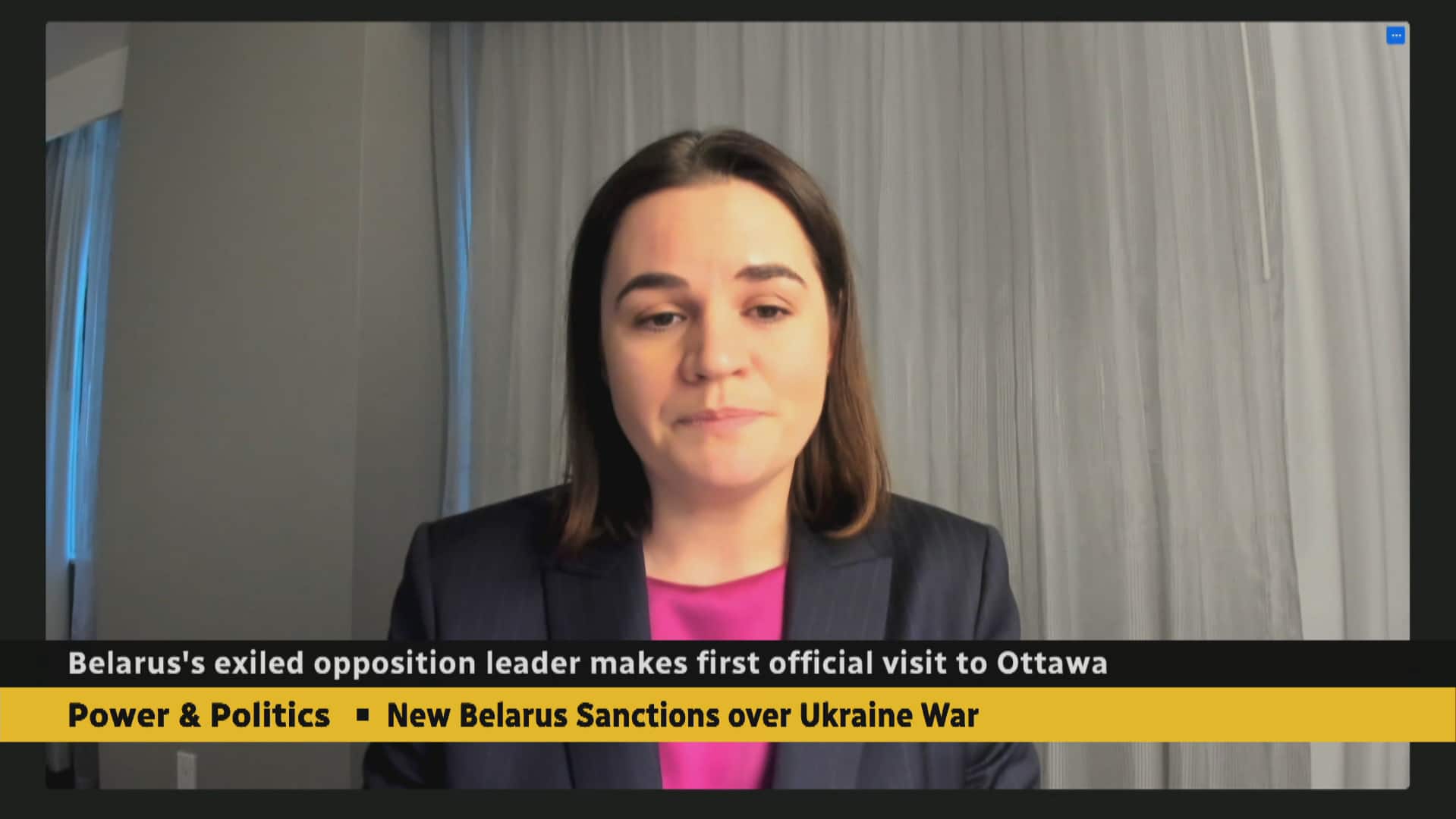 Exiled Belarusian Opposition Leader Sviatlana Tsikhanouskaya says she welcomes sanctions imposed by Canada, but that mechanisms are necessary to stop the regime in Belarus from circumventing them.

The notion of “what happens next” may seem far-fetched right now, given that Ukraine faces a long, punishing struggle to drive out Russian troops and is currently suffering under a merciless campaign of missile and drone strikes that has hobbled the country’s electrical grid.

Klympush-Tsintsadze was asked whether regime change in Russia should be the goal. The problem Russia presents to the world, she said, runs deeper on both social and political levels than the government of President Vladimir Putin.

“Pure, or mere, regime change in the Russian Federation will not lead to sustainable peace and Russia giving up on its imperial ambitions,” she said.

“We should not be afraid of putting in additional effort, intellectual effort … to think what kind of Russia, and what type of boundaries of Russia, there will be after this war.”

Matthew Schmidt is an eastern European expert at the University of New Haven, Connecticut. He said that what the Ukrainian MPs are proposing amounts to “a multi-generational problem” and western governments need to ask themselves how much is achievable.

“What are we going to do? We’re going to haul Putin to the [International Criminal Court]? Nobody thinks that’s realistic, Are we going to extract reparations from Russia? No,” Schmidt said — while acknowledging that both goals are justified and Ukraine is entitled to pursue them.

He said he agrees that not enough thought is being given in the West to what a Russian defeat and a Ukrainian victory would mean for eastern Europe and the rest of the world.

At the same time, he said, the Ukrainians need to ask themselves hard questions, starting with this one: How far are they prepared to go?

“The harder that they push for just reparations, as an example, the thing that they do have a right to, but the thing that very rarely happens historically, it ends up like World War One,” Schmidt said.