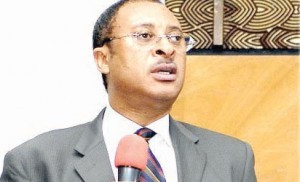 A Lagos based economist and politician Prof. Pat Utomi has said that  the immediate past Governor of Delta State, Dr. Emmanuel Uduaghan’s legacy is a sad reflection of the awful chapter of the state history, while reacting to the comment of former governor, urging him (Utomi) to consider actualizing his political ambition by contesting for councillorship position so as to get basic facts on issues affecting governance in the state.

Utomi made this known in a statement yesterday in Asaba.

According to Utomi , I agree with the former Governor that our conversations of today should focus more on the future than the past, we must recognize that the damage done to Delta State by the mismanagement of its finances and resources still plagues the state as we speak.

‘’ My comments on optimal debt-to-revenue ratios is verifiable and those who have the ability to do the math are all over the place. It was a comment made to draw attention to and prevent the worsening of a problem that is still on-going; because in spite of the bailout funds from the Federal Government, and the huge windfall from the Paris loan refunds which now stands at over N24billion, the Delta State House of Assembly (DTHA) has approved over N18 billion as loans for the Okowa administration this year alone.

‘’ Deltans need to be aware and decry this type of heavy debt burden, especially as there are no commensurate development projects or programmes on ground to justify it and to aid repayment in future. Gov. Okowa was right to raise an alarm about the over N600 billion debt that he claimed to have inherited. He has however proceeded to increase this debt burden by over N60 billion of his own. This is only further mortgaging Delta state and the future of our children.

He said  that Deltans will prefer that Uduaghan gives account for the IPP project he abandoned in Oghara that gulped over N20 billion under his administration with nothing to show seven years after, while noting that  a good Councillor would have done much better for the people than Uduaghan did as Governor.