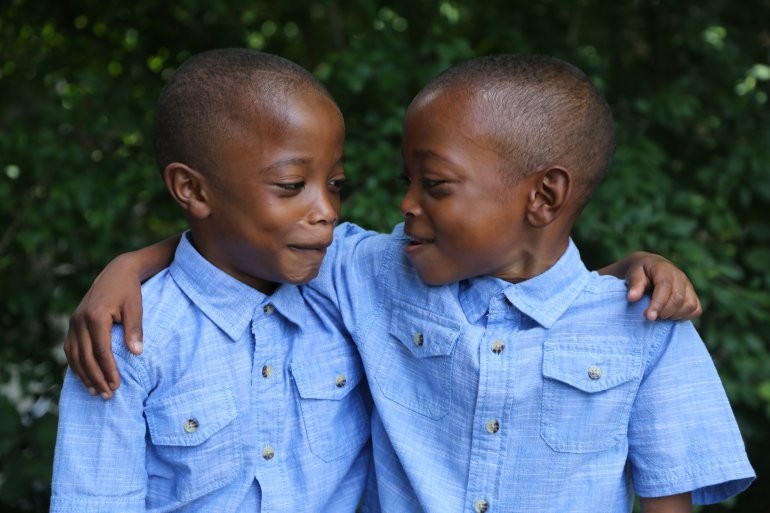 HENRICO COUNTY, Va. — Twin boys from Henrico County share much in life: from the same classroom and homework assignments to the same bedroom and a serious love of their toy car collection.

However, the bond between eight-year-old Gabriel and Noah Cypress, who were diagnosed with Sickle Cell just days after their birth, goes deeper than most siblings.

“Well, we depend on each other a lot,” Noah said.

There is no known cure for the blood disorder that causes serious discomfort from bacterial infections to swollen hands and feet.

“It can give you all kinds of pain like nosebleeds and tummy ulcers,” Gabriel said.

“If you’re a child and you have a pain, you have to tell your parents immediately,”  Noah said.

The boys have been admitted to the hospital so many times that their parents have lost count.

“You never know when a crisis will hit,” Latoya Cypress said. “You could be at family dinner or at school and things change just like that, so we have to be ready to go.”

Latoya and Brett Cypress said they draw inspiration and strength from their brave sons.

“On one hand, what they’ve gone through is probably more than what the average person will go through in a lifetime,” Brett Cypress said.

September is Sickle Cell Awareness Month and these self-described Sickle Cell warriors are urging people to learn about the illness that affects 100,000 people nationwide.

“It really supports us and really gives us a warm and tingly feeling,” Noah said. “That is better than pain.”

While battling their disorder they promise never to leave each other’s side.

“I’ve been helping him at the hospital, and when I’m sick, he is helping me,” Noah said.

“They are really special,” Latoya Cypress said. “We are fortunate and super blessed.”

Noah and Gabriel are brothers who share a lot in life, including a fighting spirit that won’t be deterred.

“We’re going to do as much as we can,” Noah said. “If we don’t keep on spreading the word, people won’t be able to know… what the cure is to Sickle Cell and how to cure it.”

The Cypress family will be taking a stand against the disorder by walking in the 24th annual Walk for Sickle Cell on Sept. 16 at Norfolk State University.

Additionally, the Love March for Sickle Cell scheduled for Sept. 24 involves dozens of churches across the Richmond area.

Greg McQuade features local heroes in a weekly “Heroes Among Us” segment. Watch Greg’s reports Thursdays on CBS News at 6 or here on WTVR.com. If you would like to nominate someone to be featured on “Heroes Among Us,” click here to email heroes@wtvr.com.

Watch CBS 6 News at 6 p.m. Thursdays for Greg McQuade’s “Heroes Among Us” reports. If you know of someone CBS 6 should should feature, email heroes@wtvr.com