Twin Peaks Part 5: At Least Now We Know What the Shovels Are For 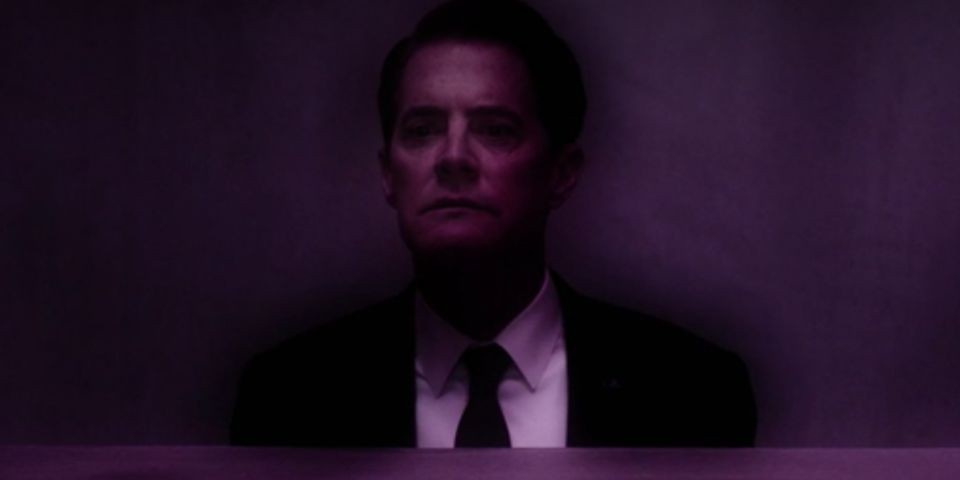 Amanda Seyfried has been found!

The Mean Girls star finally made her debut on tonight’s Twin Peaks, and just because she’s playing exactly who we thought she’d be playing doesn’t mean we were any less delighted to discover that she’s Shelly’s daughter, Becky. She’s also a bit of a troublemaker thanks to her boyfriend Steven (Get Out‘s Caleb Landry Jones), who offered her some cocaine and took her for what appeared to be a delightful drive after she visited the Double R to ask her mom for money. Apparently, this is an ongoing thing.

Tonight’s episode actually answered several questions about who various cast members are playing. Ernie Hudson showed up as an army colonel. Robert Knepper and Jim Belushi seem to be the guys in charge of the casino who are really not big fans of Cooper/Dougie.

It actually turns out that he’s a wacky right-wing conspiracy theorist, and he’s selling his “s–t-shoveling” shovels in infomercials for $29.99, much to the delight of people like Nadine and Jerry, who seem to be big fans.

Elsewhere, Cooper’s still shuffling around as Dougie, but he’s slowly showing bits of his old personality. He discovered that he really loves and craves coffee, and the word “agent” seemed to spark some sense of recognition in him. We’re also slowly starting to learn more about Dougie. His murder was ordered by a woman sitting at a desk, and she’s very frustrated that he’s not dead yet. In her frustration, she dialed some numbers on a Blackberry and somewhere in Buenos Aires, a little black box beeped a couple of times.

Later, Evil Cooper used his one phone call to send the prison into chaos and then to utter the code phrase “the cow jumped over the moon.” Somehow, this caused the black box in Buenos Aires to beep twice, then shrink down to almost nothing.

And also, the medical examiner in South Dakota (who’s attempts to be a stand up comedian are not going well) discovered that the headless guy inexplicably had Dougie’s wedding ring in his stomach. That means that whatever was up with Dougie is connected to whatever’s up with everything else, which tells us nothing but is nice to know anyway.

At the Pentagon, thanks to Col. Ernie Hudson, we learned that Major Briggs’ fingerprints have appeared in random places 16 times over the past 25 years, so now the military is also on its way to South Dakota, which is fun.

And at the Bang Bang Bar, we met an annoying man who wouldn’t stop smoking inside, but he got the attention of a couple of girls at the next table. One asked for a light, he asked her to sit next to him, and then started to grope her. Basically, there are just a lot of seedy dudes hanging out at the Bang Bang Bar, and we have no explanation for their presence as of yet.

We have no explanation for most things so far, but for some reason, our biggest question is about Dougie’s horrible green jacket. Where did he get it? Why did he dress that way? Does Jane-y like that jacket? What was the real relationship like between Dougie and Jane-y? Why is Sonny Jim so creepy? Why is his name Sonny Jim? Why does no one seem concerned about Dougie’s well-being?

We’ll stop now, but seriously—we want to know more about the mystery that is Dougie.