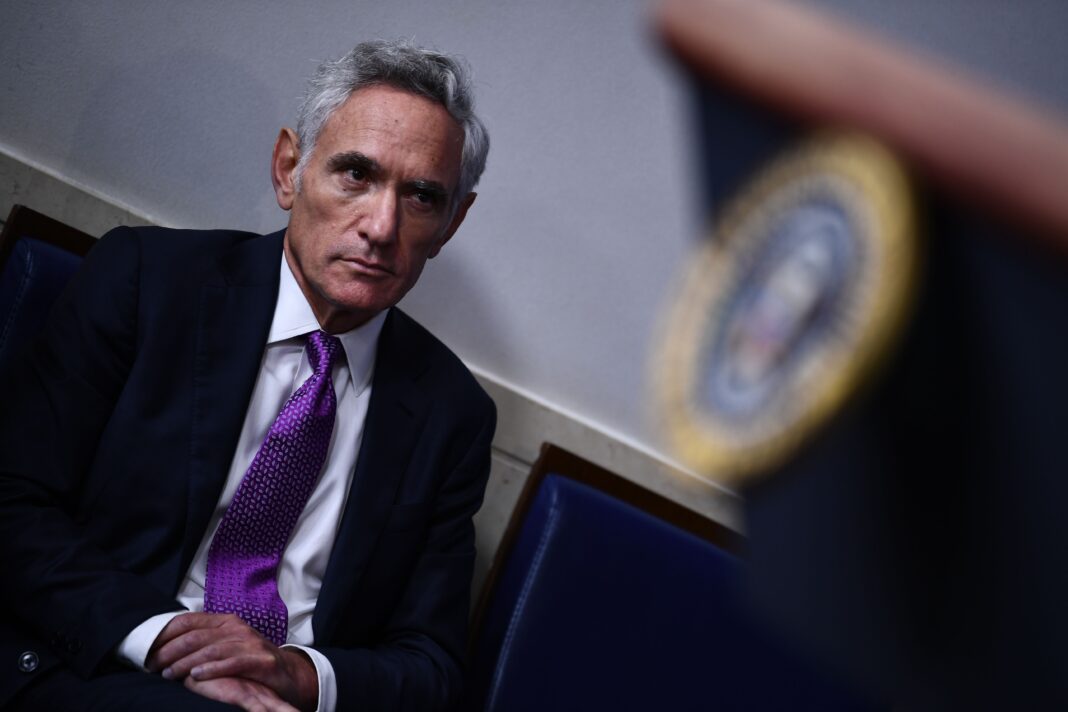 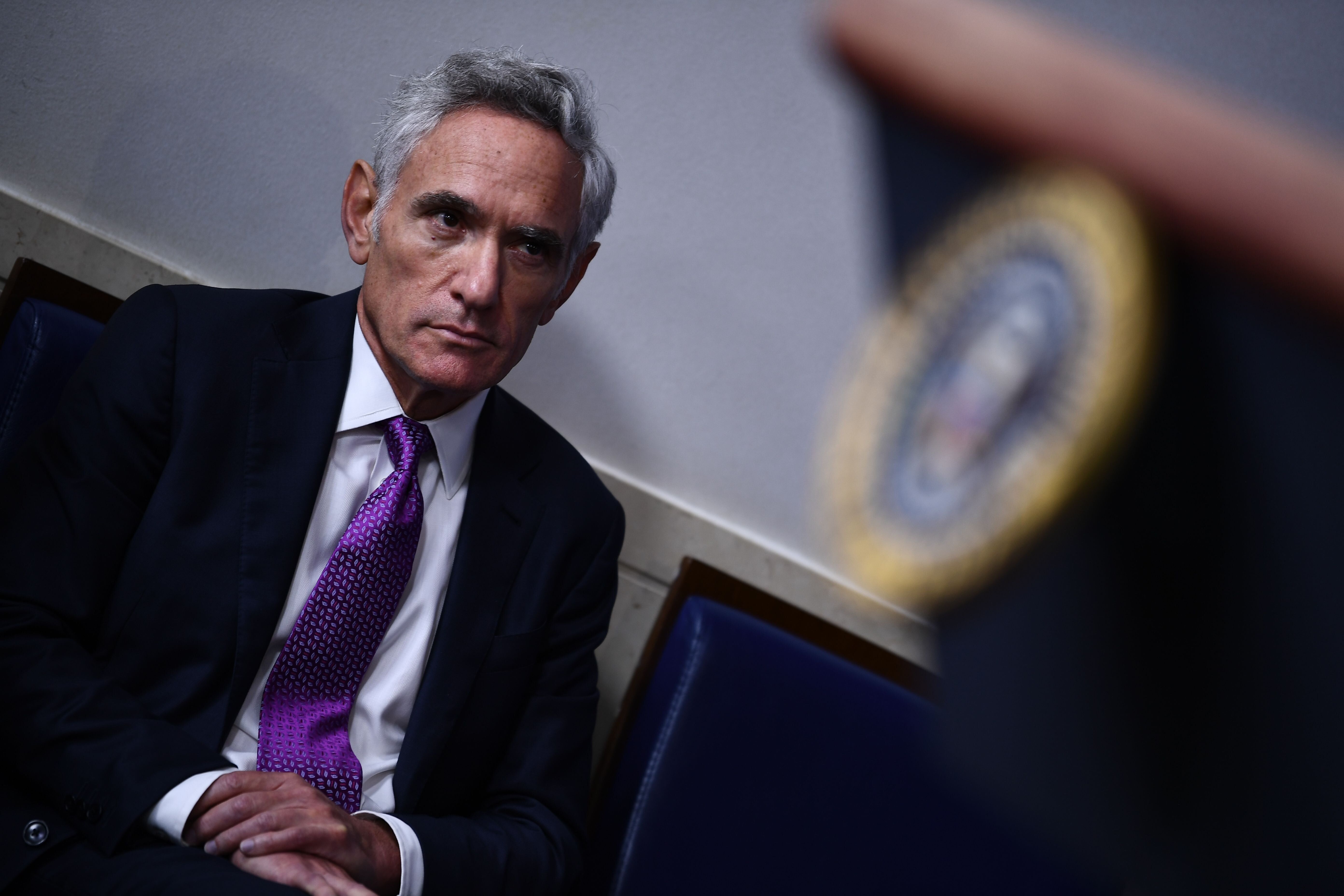 “The only way this stops is if people rise,” the Trump adviser tweeted in response to the new regulations. “You get what you accept. #FreedomMatters #StepUp”

The only way this stops is if people rise up. You get what you accept. #FreedomMatters #StepUp https://t.co/8QKBszgKTM

The tweet is in line with Atlas’s past comments about the pandemic. The Trump adviser, who was appointed in August, had alleged that stay-at-home orders “kill people,” when in fact, the orders help protect Americans from the virus, which kills people. He has promoted herd immunity ― the idea that the virus will only be manageable once more people contract it and develop antibodies ― as a solution to the pandemic. That plan has been widely debunked by the American Public Health Association, the World Health Organization, and Dr. Anthony Fauci, the nation’s widely respected top infectious disease expert.

Last month, Twitter removed a tweet from Atlas that falsely said masks don’t help stop the spread of COVID-19. Earlier this month, Atlas called Fauci a “political animal” for saying in October that the country “could not be positioned more poorly” heading into the winter, and then more recently praising Pfizer’s coronavirus vaccine ― which was not researched and developed using federal funding from President Donald Trump.

“Well, we know that the White House likes to single us out here in Michigan, me out in particular,” Whitmer told CNN’s Wolf Blitzer in response to Atlas’ tweet. “I’m not going to be bullied into not following reputable scientists and medical professionals. … I listen to people who have actually studied and are well-respected worldwide on these issues, not the individual that is doing the president’s bidding on this one.”

Michigan saw its worst seven-day stretch of infections so far last week, with more than 44,000 new COVID-19 cases and 416 deaths. According to state data, about 85% of Michigan’s adult intensive care unit beds were in use as of Friday, and hospitalizations and ICU admissions lag well behind the skyrocketing new cases.

Atlas’s comments against the governor are especially alarming given Whitmer’s history of facing attacks from the right for her swift pandemic response that likely saved thousands of lives. Michigan was one of the first anti-lockdown protests earlier this year, where armed far-right demonstrators stormed the state Capitol building.

Whitmer at the time had implemented a stay-at-home order, which led angry right-wing Michiganders to go on social media and promise violence and “bloodshed” shortly and threaten to assassinate Whitmer. Trump himself has constantly gone after Whitmer on Twitter ― at one point tweeting, “LIBERATE MICHIGAN!” ― and during campaign rallies, encouraging his supporters not to be silenced by her safety protocols that are informed by science and public health experts.

The new regulations announced Sunday also come less than two months after the Michigan Supreme Court ruled unconstitutional the Emergency Powers of Governor Act of 1945 — the law Whitmer used to issue pandemic-related emergency orders in the summer and fall after the GOP-controlled state Legislature refused to extend existing declarations. The governor has since relied on the state’s Public Health Code to continue implementing pandemic-related safety protocols and restrictions.

“In the spring, we listened to public health experts, stomped the curve, and saved thousands of lives together,” Whitmer said in a statement. “Now, we must channel that same energy and join forces again to protect our families, front-line workers, and small businesses.”