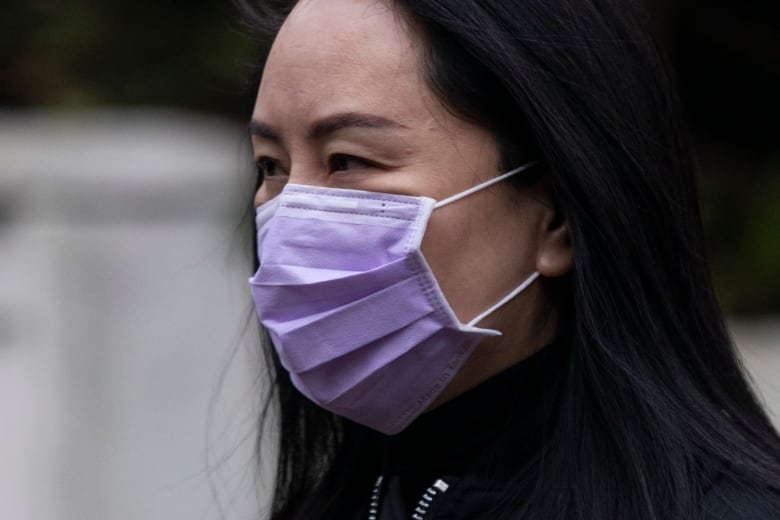 The case should be tossed out because of alleged political interference, Meng’s lawyers are expected to argue at the first of three sets of B.C. Supreme Court hearings scheduled to stretch into mid-May. A decision on the extradition request isn’t expected until much later this year.

The 49-year-old, who is Huawei’s chief financial officer, is charged with fraud and conspiracy in New York in relation to allegations she lied to an HSBC banker in Hong Kong in 2013 about Huawei’s control of a subsidiary accused of violating U.S. sanctions against Iran.

The arguments related to the former president concern a statement he made to a Reuters reporter in the weeks after Meng’s arrest at Vancouver’s airport on Dec. 1, 2018.

At the time, Trump said he would “certainly intervene” if he thought it was necessary to help the U.S. reach a trade deal with China.

Charter rights argument could be ‘decider’

The Crown — which represents the U.S. in the proceeding — contends there’s no evidence Trump made good on his words and that any possible influence he could have had on the case ended along with his term in office.

University of B.C. professor Michael Byers, an expert on international law, says he doubts the defence team will have much success convincing Associate Chief Justice Heather Holmes the U.S. Department of Justice has been swayed by political considerations.

But he does think they’ll have a better shot in the coming weeks with claims Meng’s rights were breached on her arrival when Canada Border Services Agency officers questioned her for three hours before RCMP executed a warrant calling for her “immediate arrest.”

“That three-hour period could well have constituted a violation of her Section 7 rights to security of the person under the Canadian Charter of Rights and Freedoms.

“And so if the extradition judge is to rule that Ms. Meng should be set free, my expectation is that it’s that particular element of the case that will be the decider.”

Meng is the daughter of Huawei founder Ren Zhengfei, the man who became a billionaire by turning his global communications giant into a flagship business prized by the Chinese state.

Meng’s legal team includes lawyers from firms across Canada. And her case is being spearheaded by Vancouver’s Richard Peck, of Peck and Company.

Strategy to have case thrown out

Along with arguments about Trump’s role, the allegations related to Meng’s treatment by the CBSA are part of a multi-pronged defence strategy to have the proceedings stayed.

Meng’s lawyers also claim the U.S. misled Canada about the strength of its case and that American prosecutors are reaching far beyond their jurisdiction by trying a Chinese citizen for a conversation that took place in Hong Kong with an executive for an English bank.

Holmes will hear submissions about the events surrounding Meng’s arrest during the second stretch of hearings, scheduled to begin in mid-March.

The defence claims the CBSA conspired with the RCMP and CBSA to have border agents question Meng without a lawyer. They also seized her cellphones and later gave the passcodes to police, in contravention of policy.

The defence has accused the RCMP of sending technical information from Meng’s electronic devices to the Americans. A senior officer who was in touch with a legal attache for the FBI has refused to testify — and last month, Meng’s lawyers announced their intention to try to force the Crown to disclose their communication with him about that decision.

‘An irritant’ in U.S.-China relationship

In court documents filed in advance of this week’s hearing, Meng’s lawyers cited comments by Prime Minister Justin Trudeau about a need to tie a trade deal between the U.S and China to the resolution of Meng’s situation and the fate of two Canadians imprisoned in China.

Former diplomat Michael Kovrig and entrepreneur Michael Spavor have been accused of spying by the Chinese government in what most observers believe is retaliation for Meng’s arrest.

The Crown doesn’t make any mention of the so-called “two Michaels” in its submissions, but the defence claims the constellation of factors riding on the case has made it extremely difficult for Meng to defend herself without worrying about the impact on others.

Byers believes Biden may decide to bring an end to efforts to extradite Meng in the coming months as he looks to improve the U.S. relationship with China.

“Those two superpowers need to get along. They need to get things done. And Ms. Meng’s presence in Vancouver is an irritant in that relationship.”

To that end, reports by the Wall Street Journal and Reuters last December claimed Meng was in discussions with the U.S. Department of Justice to bring an end to the case through a deal that would see her admit to some wrongdoing in exchange for a deferred prosecution agreement.

In an exclusive interview with CBC’s chief political correspondent Rosemary Barton, newly appointed U.S. Secretary of State Antony Blinken said any deal would have to be made free of geopolitical considerations.

“And one of the things that we don’t do is have politics or foreign policy interfere in the workings of the Justice Department.”