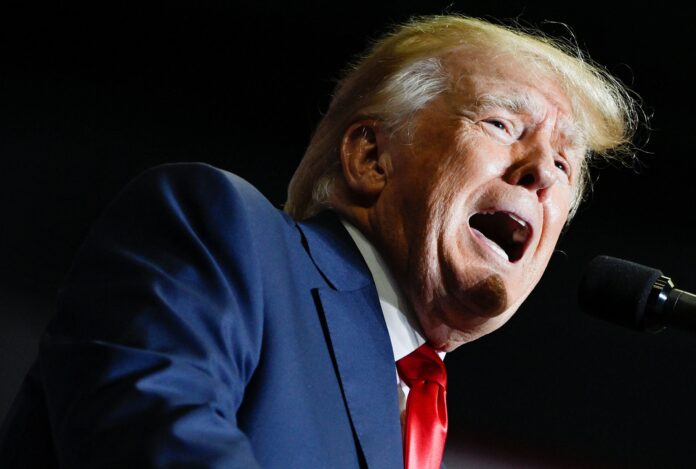 An aide for Donald Trump reached out to Trump’s son-in-law and White House senior adviser Jared Kushner about trademarking the phrases “Rigged Election!” and “Save America PAC!” (exclamation marks apparently included) after Trump lost the 2020 election, according to emails Kushner provided to members of the House Jan. 6 committee.

Trump’s aide at the time Dan Scavino emailed Kushner about the issue on Nov. 9, 2020 — long before any major problems with the presidential election could have been uncovered. Ultimately, there was no evidence afterward of election irregularities.

“Hey Jared! POTUS wants to trademark/own rights to below, I don’t know who to see – or ask … I don’t know who to take to,” said the email from Scavino, according to a transcript of Kushner’s testimony to the committee, which was released on Friday. The phrases were added in bold to Scavino’s email.

Kushner forwarded the request and discussed it on an email chain with the president’s son Eric Trump, Trump campaign lawyers Alex Cannon and Justin Clark, and Sean Dollman, the chief financial officer of Trump’s 2020 campaign.

“Guys — can we do ASAP please?” Kushner pleaded.

“Both web URLs [for the phrases] are already registered. Save America PAC was registered October 23 of this year. Was that done by the campaign?” Eric Trump responded.

Dollman explained: “‘Save America PAC’ is already taken/registered, just confirming that. But we can still file for ‘Save America.’”

Kushner’s response in the transcript: “Go.”

The email request was issued before the Save America PAC was created, so the efforts in that case were apparently successful.