Trump Tweets Clip Of Him Bodyslamming CNN; Network Says ‘Do Your Job’ 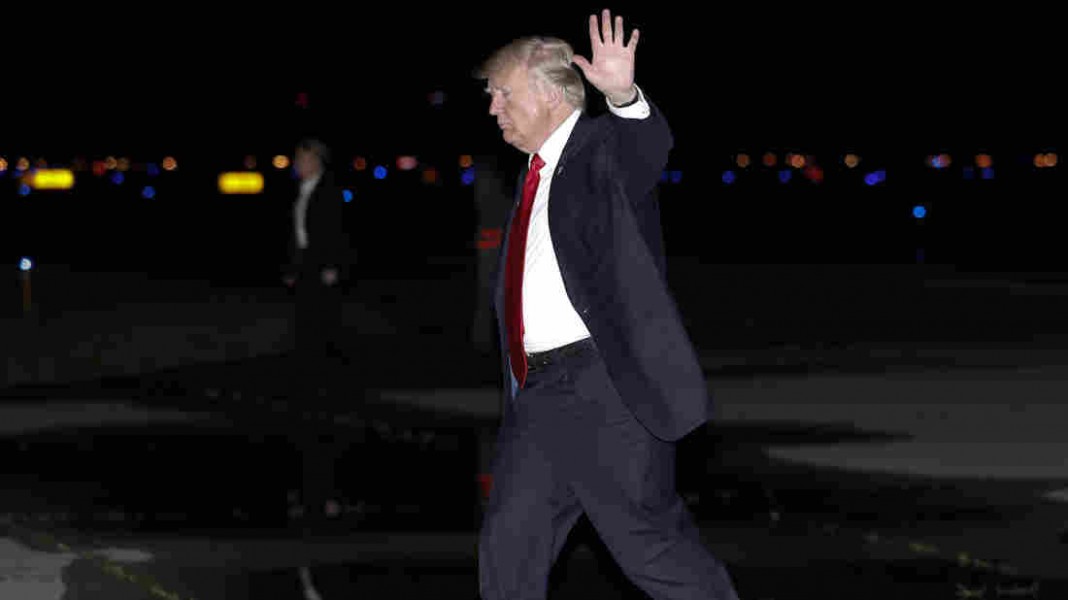 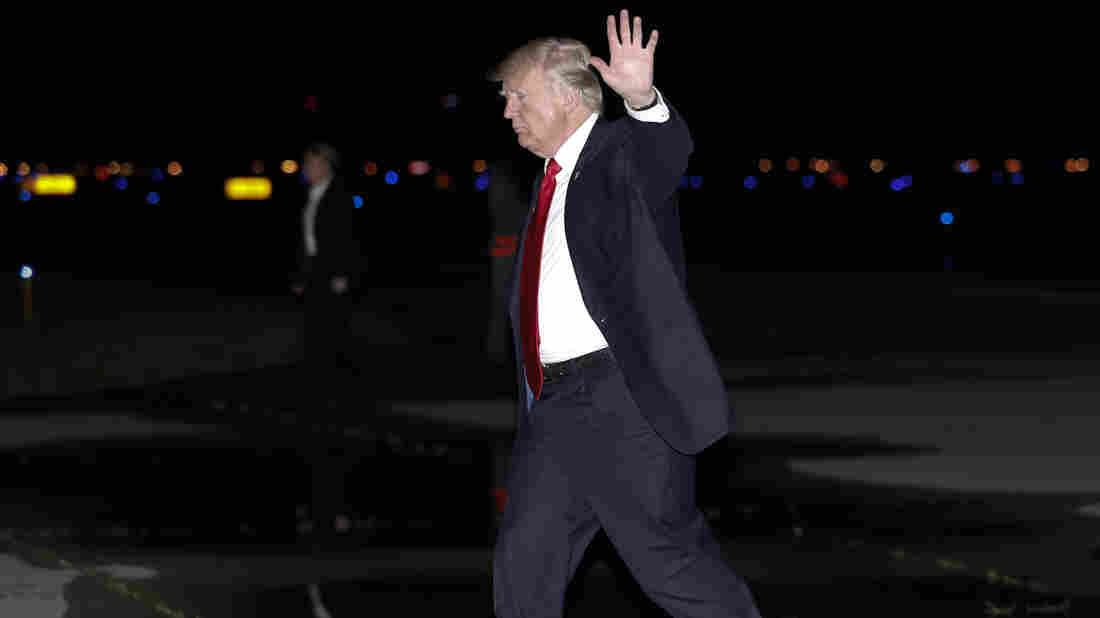 President Donald Trump waves as he arrives on Air Force One at Morristown Municipal Airport, in Morristown, N.J., on July 1, 2017, en route to Trump National Golf Club in Bedminster, N.J.

Trash-tweeting the news media for the fifteenth time in a week, President Trump spent part of Sunday morning at his Bedminster Golf Club in New Jersey maligning CNN.

This time it was a video clip. Posted on Trump’s personal Twitter account, it shows him clotheslining wrestling empresario Vince McMahon at a “Wrestlemania” match 10 years ago that was billed as “The Battle of the Billionaires.” As Trump knocks McMahon to the ground with a forearm slam, an apparently photo-shopped CNN logo covers McMahon’s face. The takedown is repeated four times in the GIF, which is accompanied by two hashtags: #FraudNewsCNN and #FNN.

The message from the nation’s 45th president seems unmistakeable: Trump would love to body slam CNN just as he floored McMahon.

“That seems like a threat,” Raddatz said to Bossert, referring to the CNN logo pasted on McMahon’s face as he’s knocked down by Trump. “Certainly not,” Bossert replied. “I think that no one would perceive that as a threat, I hope they don’t, but I do think that he’s beaten up in a way on cable platforms that he has a right to respond to.”

CNN clearly took the presidential tweet as a threat.

“It is a sad day when the President of the United States encourages violence against reporters,” the cable news network said in a statement. “Clearly, Sarah Huckabee Sanders lied when she said the President had never done so. Instead of preparing for his overseas trip, his first meeting with Vladimir Putin, dealing with North Korea and working on his health care bill, he is instead involved in juvenile behavior far below the dignity of his office. We will keep doing our jobs. He should start doing his.”

The clip itself was a mash-up of tie-ins to the president. Trump chose McMahon’s wife, Linda, to head the Small Business Administration after the McMahons donated at least $5 million to Trump’s private foundation. In late 2015, Trump told CNN, in a reference to his run for the presidency, “I’ll really do something that’s never been done before.”

Certainly no other U.S. president has used old video clips of himself body slamming a friend.